As a 14-year-old, she tried to convince school administrators to make her seem two years older 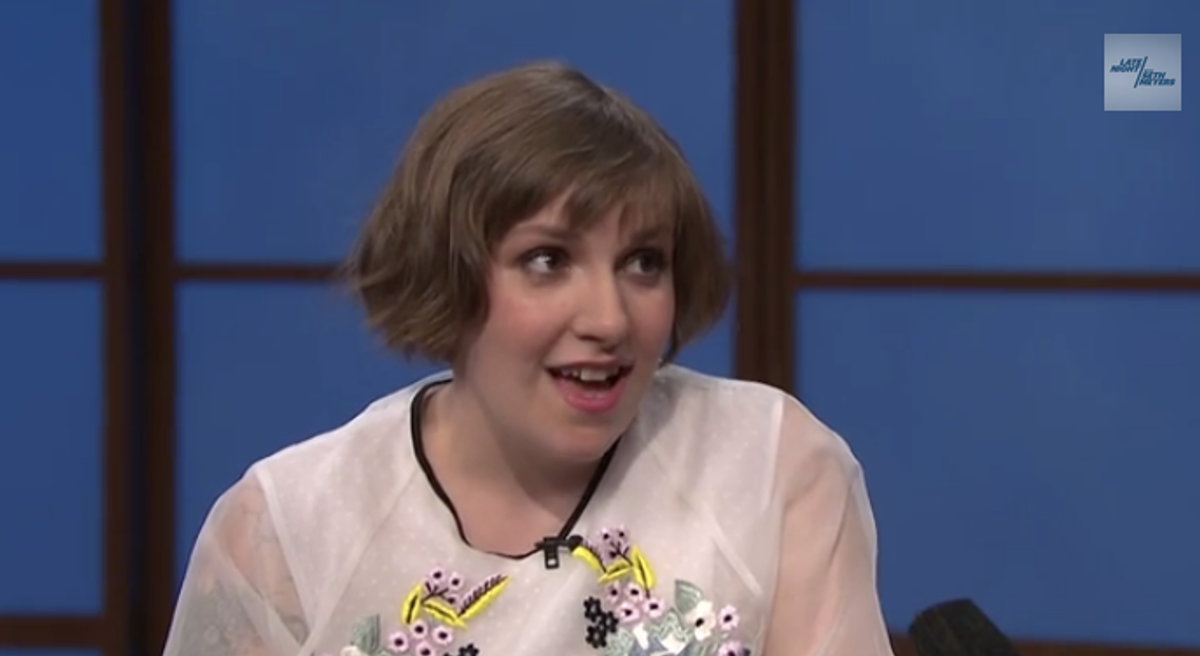 Most "SNL" celebrity guest hosts will remember their first time hosting the sketch comedy show, but probably not as vividly as "Girls" creator and "SNL" superfan Lena Dunham will.

Closing "SNL" alum Seth Meyers' first week as host of "Late Night," Dunham squealed over her upcoming "SNL" hosting gig on March 8. The actress and writer has been a hardcore fan of the show since childhood. "I was obsessed as a teenager," Dunham told Meyers, who made sure she was home by 9 p.m. every Saturday night. "I would take notes, sometimes," she admitted.

Though determined, Dunham's plans were thwarted because she was not nearly conniving enough to pull it off. When requesting a new school ID, she casually asked the administrators to make her two years older. Basically, they said no. Her dreams of attending "SNL" were put on hold for a bit, but it seems like it worked out for her.