When writers claim they can abuse drugs and alcohol and still have a great time, I think of their families 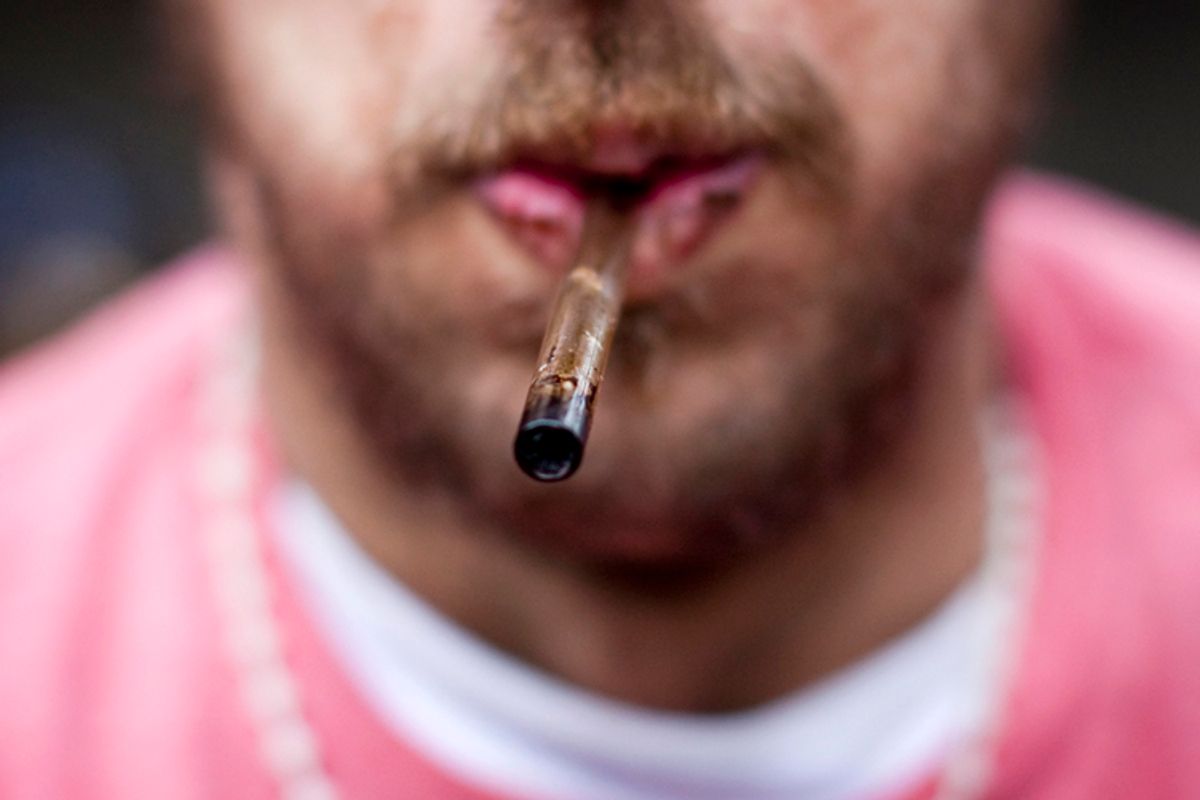 My grandfather was being trained as a pilot during the Second World War when, drunk one night, he dove into a swimming pool that had no water in it. It wasn’t the first time he’d been that loaded. It was, however, his last. His body was flown home, where his wealthy family promptly organized a funeral fit for a military hero, though the only battle he’d fought was with a bottle. Denial runs deep in my family.

So it’s not surprising that his daughter — my mother — also grew up to be an alcoholic. Nor that her cousins, aunts, uncles, sibling all became addicts at one point or another. I’ve been a witness to much of it. We had only one family reunion. My 16-year-old brother with his newly minted driver’s license drove us the two hours home in a blizzard because my parents could barely stand.

My proximity to addicts gives me also a working familiarity with their double-speak. I could probably create a glossary, a sort of addict-to-English translation guide. And though I have deep compassion for addicts, I don’t have a lot of patience with them.

So it is with this admitted bias that I respond to Shane Schleger's recent Slate piece; his I-want-to-be-a-crack-user-while-ignoring-all-the-ways-it’s-bad plea for, if not approval, at least acceptance. It’s reminiscent of Joe Berkowitz’ I-could-stop-drinking-but-I-don’t-want-to New Year’s manifesto on BuzzFeed. Both Schleger and Berkowitz are smart and articulate. Plenty of addicts are. Both are also bullshitters. Most addicts are.

Let me recap: Schleger writes of crack use that spans 15 years, including weekends lost to binges, out-of-control spending and "deleterious consequences" but nonetheless advocates for a middle ground of moderate use. Berkowitz similarly writes that, though his alcohol consumption was troubling enough to prompt a two-year commitment to sobriety, "what feels best is finding a way to continue drinking."

Each argues that our addiction culture allows only two options for the troubled user: abstinence or rock bottom. And each is proposing a middle ground – the opportunity to use while implementing checks and balances to ensure that the user remains not just functional but highly functional.

I understand their desire to believe in this middle ground. And I understand that a great many — perhaps most — users, at least of alcohol and marijuana, exist there quite nicely. But those middle grounders aren’t writing long essays in which they outline the ways in which their substance of choice has created problems for them while theorizing that they can nonetheless continue to use while avoiding further problems. Those middle grounders really can take it or leave it. They just choose, at this point, to take it.

I’m not a middle grounder. Much of my teens and early 20s are a drunken blur. Since then, given my genetic predisposition to addiction (having a mother who was an alcoholic, despite her 25-year sobriety before her death, increases my risk four-fold), I’ve made it a point to, shall we say, be careful. The slope is far too slippery for me.

I was once present when a roommate was evangelizing about cocaine to a friend, urging her to try and promising that she would love it. The friend, like me the daughter of an alcoholic, responded, “Of course I’ll love it. That’s why I won’t try it.” Exactly. Those of us at greater risk of addiction must be vigilant.

There’s little to be said in favor of street drugs or alcohol. They don’t make us smarter or more interesting or funnier, though we think we become all those things. My cocaine-snorting roommate cured me of any belief that drugs make us anything but ridiculous and annoying. I suspect binges caught on social media remind people of that now.

Neither Schleger nor Berkowitz pretends that drugs are anything but a bad habit. "[B]ad things happened, of course,” writes Joe Berkowitz. “I’ll probably never look certain people in the eye again; certain doorways, I’ve likely darkened for the last time.” When, after two years with no alcohol or greater insight into his admitted “addictive personality” he opts to drink again, he insists it will “have to be a measured, organized chaos.”

Schleger says he’s “not motivated to achieve total abstinence. That’s why I have tried to find a middle way, hopefully reducing the amount of harm I inflict upon myself." And yet he also documents such harm: lung damage, irrational paranoia and "a level of chaos and tension that I don't really enjoy."

This is where their rationales sound so familiar to anyone who’s been near addiction. The mere awareness that abstinence is frightening should be, well, frightening. But those for whom the substance is becoming problematic play semantic games, twisting and stretching motive and consequence.

How else to make sense of Schleger's assertion that "I may be making subpar decisions regarding how to spend my time and money, but I've also had a lot of fun." Or Berkowitz's admission that "my problem with alcohol had always been a problem of knowing when enough was enough." Isn’t that pretty much the definition of an alcoholic?

There are supporters for moderation. Dr. Adi Jaffe, executive director of Alternatives Addiction Treatment in Beverly Hills, says that many of his clients use with moderation. “There’s an underlying assumption that using is unnatural,” he says, but “we self-medicate in a number of ways. That notion that that is problematic is a judgment call.”

I suppose he’s right. One person’s shame-inducing binge is another’s awesome night. But neither Schleger nor Berkowitz is very convincing. They seem acutely aware of the problems they’re creating for themselves, despite Schleger’s insistence that his crack smoking is “fun.”

What’s particularly chilling for me, though, is that both enlist those who care about them. “I need my friends and loved ones to help keep me in check,” says Schleger. Berkowitz, who’s in the “best relationship” of his life, wakes after a blackout to his girlfriend’s insistence that “it wasn’t as bad as all that.”

I tried for years to keep my mother in check — hiding her booze, watering it down, reminding her that she had a child (me!) who enjoyed being fed and put to bed and mothered – and it is, simply, too much to ask of anyone. It’s enormously selfish.

There is, of course, another crack smoker in the media right now. I’m a former Torontonian aghast at the depth of self-delusion of Mayor Rob Ford backed up by his family’s firm denials that he has a substance abuse problem. While Ford is reduced to a late-night punch line, I think about his two young children being taught that their father’s admitted crack use is not incompatible with running the fourth largest city in North America.

Is it possible to be a high-functioning addict? Sure it is. But on behalf of those around you, don’t try to convince us it’s “fun.”

Leslie Garrett is a journalist and author of more than a dozen books.