Cate Blanchett thanks Woody Allen from the Oscar podium

The actress thanks her controversial director 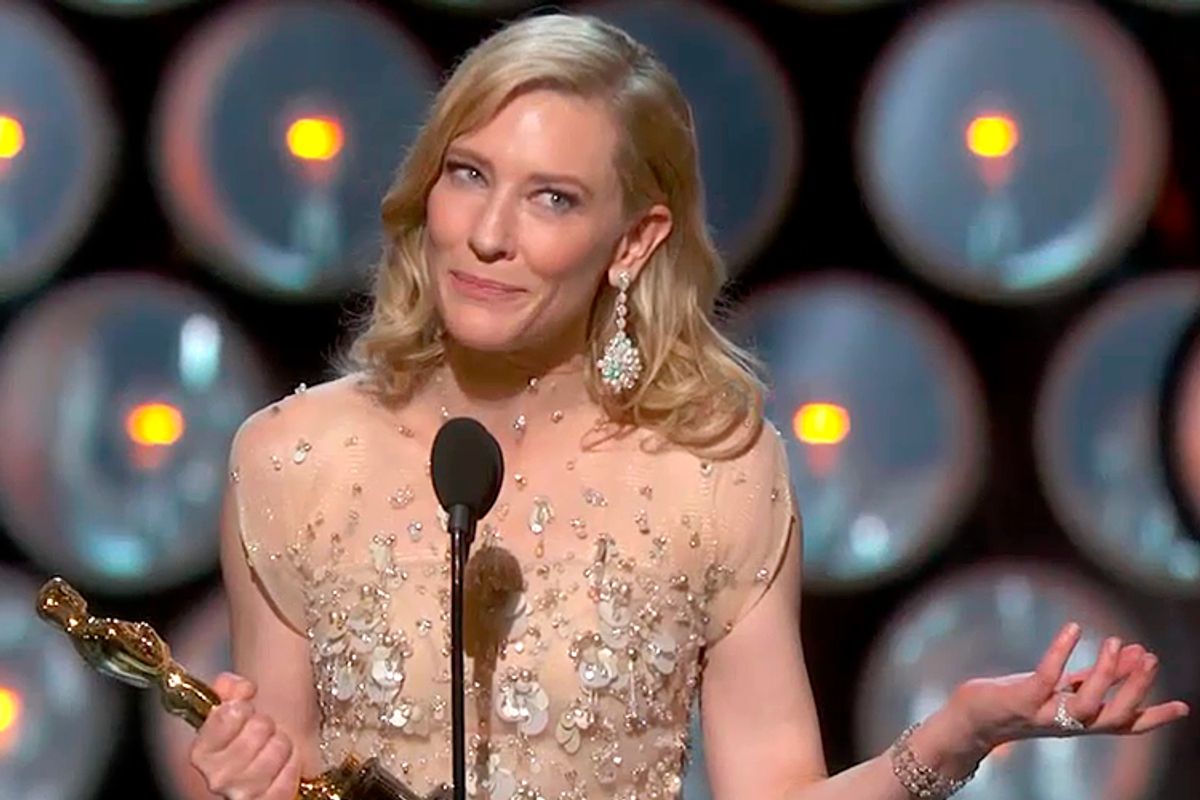 That's a good way to settle a months-old question.

While accepting the best actress Oscar for "Blue Jasmine," a film by scandal-plagued director Woody Allen, Cate Blanchett thanked just about everyone -- including the man most prominently absent from the ceremony.

"Thank you so much, Woody for casting me," said Blanchett, of the director whose roles for women has generally been praised, and whose treatment of the women in his life has been the subject of wide controversy. Blanchett had previously robustly thanked Allen at the Golden Globes -- at which the director was the subject of a lifetime achievement tribute, in absentia -- and entirely avoided mentioning him at all at a recent film festival.

This hardly settles the question of Allen's relationship with the film industry: his next film, starring Emma Stone and Colin Firth, is scheduled to come out this year.