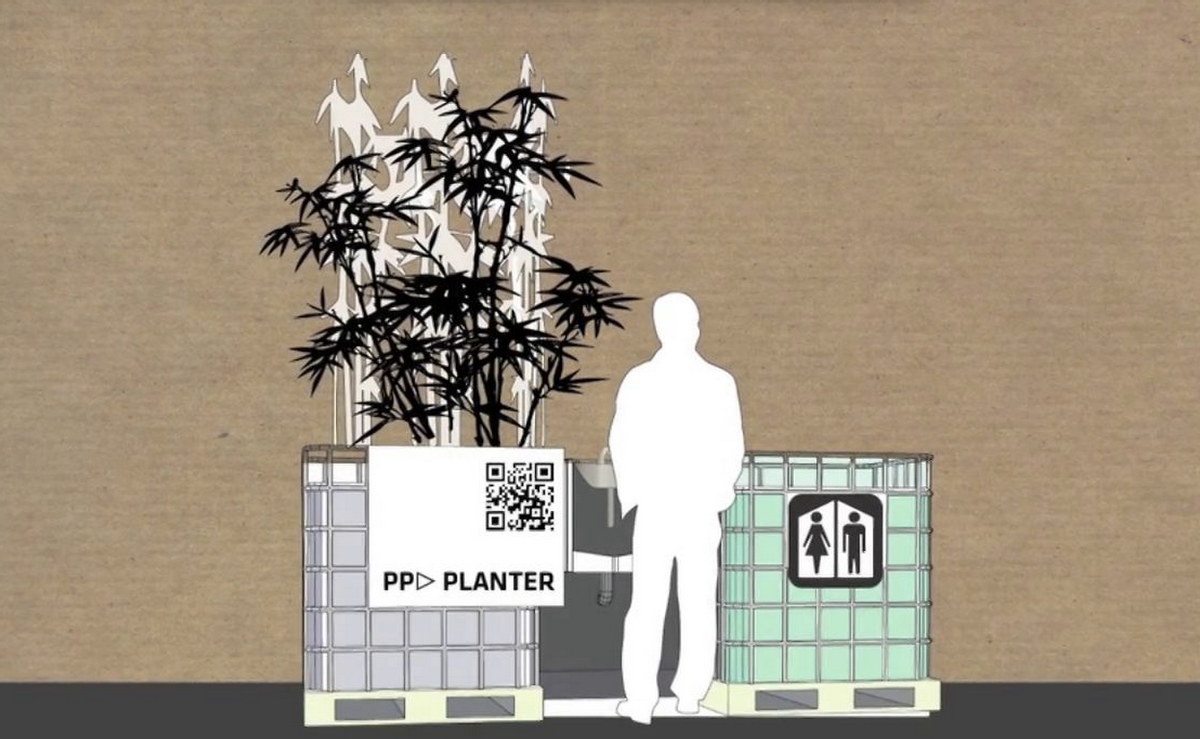 What do you do when the entire population of a city has no problem just going to the bathroom on the street? You could try a public urination ban, but as San Francisco has learned, those are hard to enforce.

Your other option is to just go with it. That's the philosophy behind the PPlanter, from Oakland, Calif.'s Hyphae Design Laboratory. A "rapidly deployable, reconfigurable public urinal and sink," the PPlanter makes peeing in public much easier and far less smelly -- plus, it doubles as a bamboo garden.

GizMag explains how it works:

A user steps up and pees into the actual urinal itself, with their mid-section hidden by a privacy panel (disposable funnels are provided for women, so they can do their business standing up). When they're done, they use a foot pump to draw water from an attached reservoir through the faucet of a built-in sink, allowing them to wash their hands.

Once it's gone down the drain, the used wash water rinses out the urinal, with the urine and water then carried into an airtight tank. From there, the mixed liquid is pumped into the planter/biofilter, where bamboo plants are growing in a mixture of rocks, wood chips and styrofoam. The water, nitrogen and phosphorous are used by the bamboo, while bacteria living in the growing medium break down carbohydrates and protein. There is reportedly little if any smell.

That's right, disposable funnels. The designers have basically thought of every reason you might have for not wanting to pee in public, then gone ahead and solved it. Plus, "the openness of the design keeps people from taking over these toilets to do drugs or other unhealthy things," commented Darryl Smith, a local store owner who hosted a PPlanted for a three-month trial run. "It makes it safer."

After a successful test run, New Scientist reports, the city has ordered a permanent PPlanter, with the addition of a composting toilet.