This year, even the host's live-tweeting 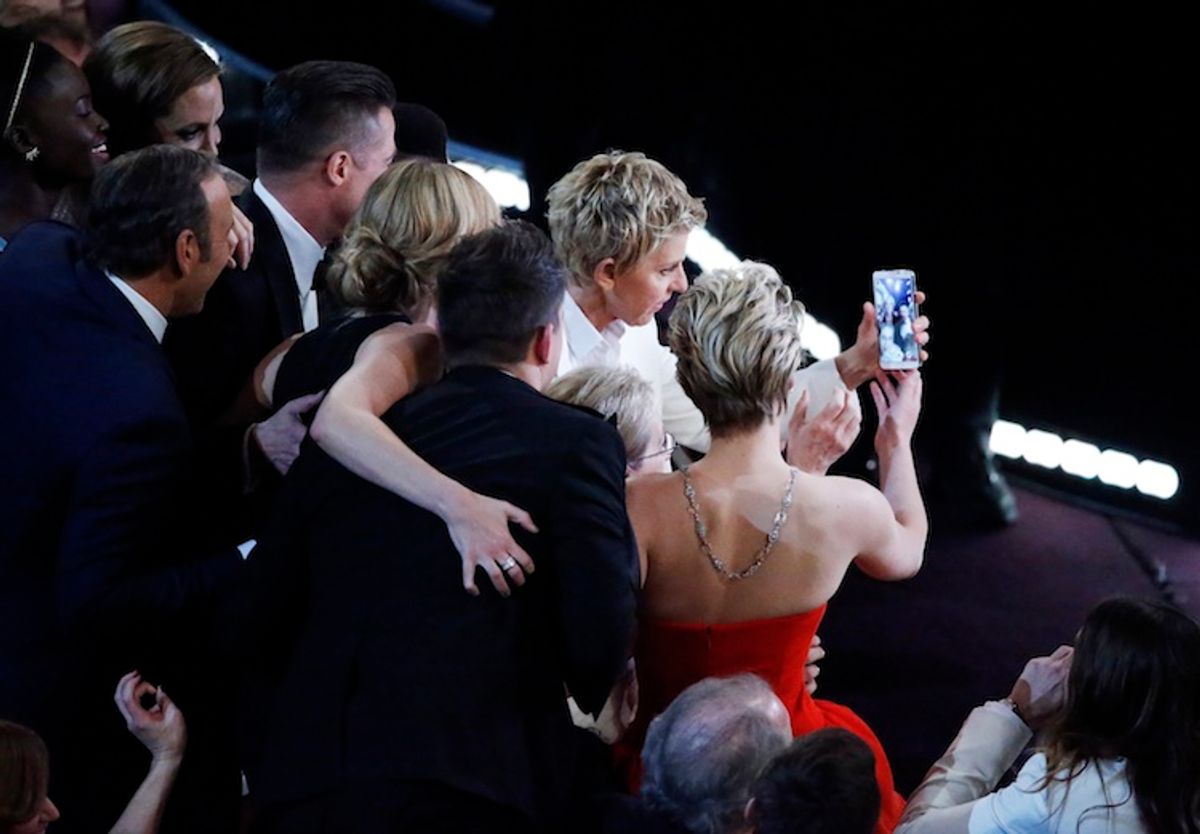 Earlier tonight, I tweeted a semi-clever remark connecting Pharrell Williams' oversized hat with Talking Heads-era David Byrne's oversized suit. I managed to sneak the quip in just under the imaginary wire -- that is, during the commercial break immediately following Williams' Oscar performance. During the performance would have been ideal, but I received a few retweets and was able to feel somewhat pleased with myself. Soon after, my editor sent me links to people rushing to be the first to tweet something insta-funny about Kevin Spacey's hammy presentation.

Even before I could fully conceive the post you are currently reading, Oscar host Ellen DeGeneres, Meryl Streep, Bradley Cooper and Lupita Nyong'o were attempting to break the record for most retweeted image ever in the middle of the actual Oscar broadcast. And as I type this sentence, Nyong'o accepts the award for Best Supporting Actress -- a turn that will likely set Twitter ablaze.

Full disclosure: I don't typically watch the Oscars -- or any awards show for that matter -- for reasons I won't go into here. (I'm doing so tonight as a function of this job.) Being out of practice, I realize I have a lot of catching up to do. Watching such a telecast is no longer passive. To participate fully -- even if you're part of the show already -- means broadcasting and rebroadcasting ad infinitum.