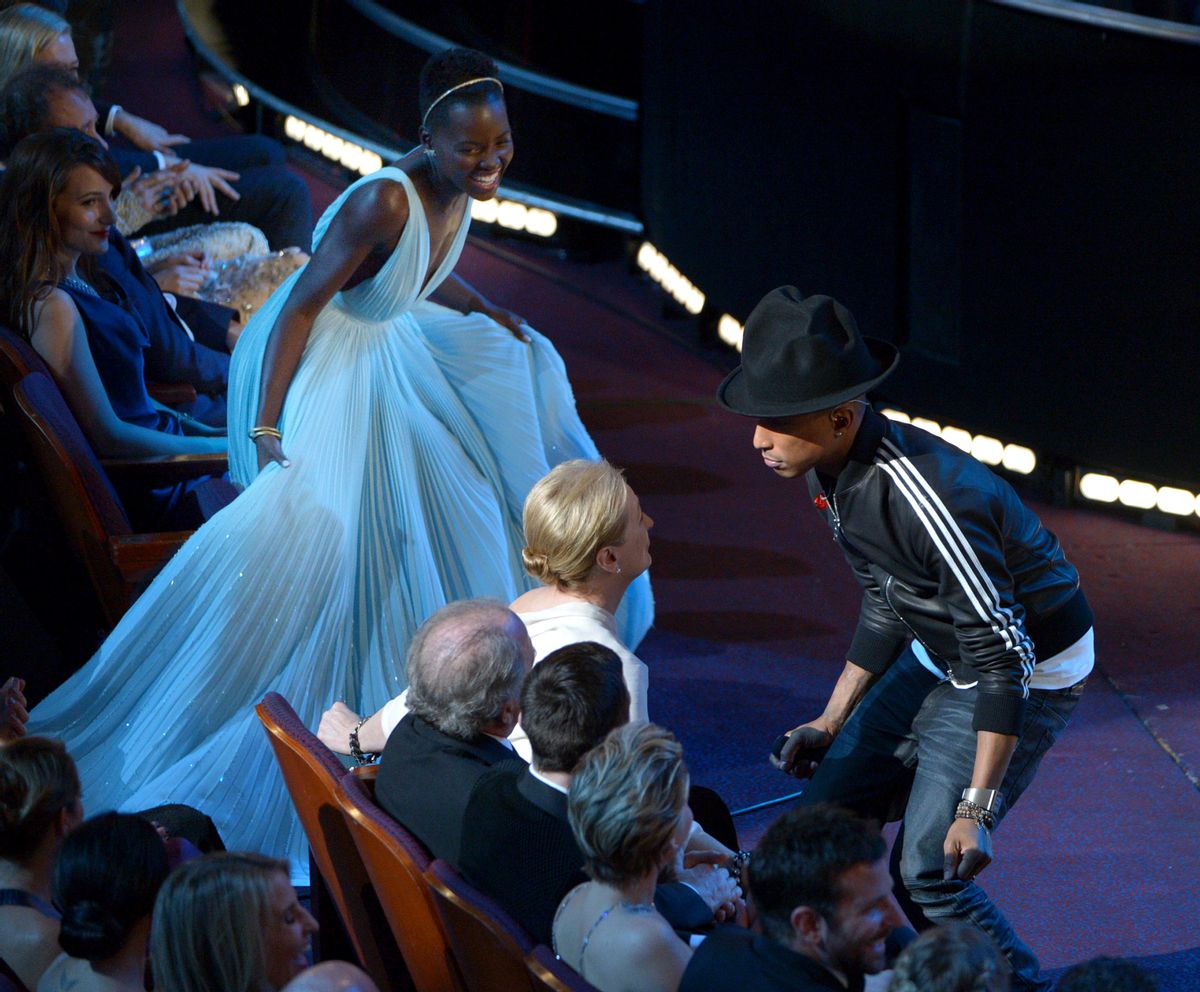 There's not much that could upstage Pharrell Williams' shorts on the Oscars red carpet, or the return of his Arby's hat, but Meryl Streep shimmying is the one thing that could do it.

During his performance of "Happy," the "Despicable Me 2" track up for best original song, Williams ventured off the stage to shake it with a few of the night's nominees.

Then, he stopped by 64-year-old "August: Osage County" best actress nominee Meryl Streep, who proved that she is unstoppable:

The musician gave it a whirl with "American Hustle" nominee Amy Adams, but everyone was still hung up on Meryl:

Someone, get on this: