Couched in NGO-speak of providing for need, satellite drones mean the sky's the limit for technocapital 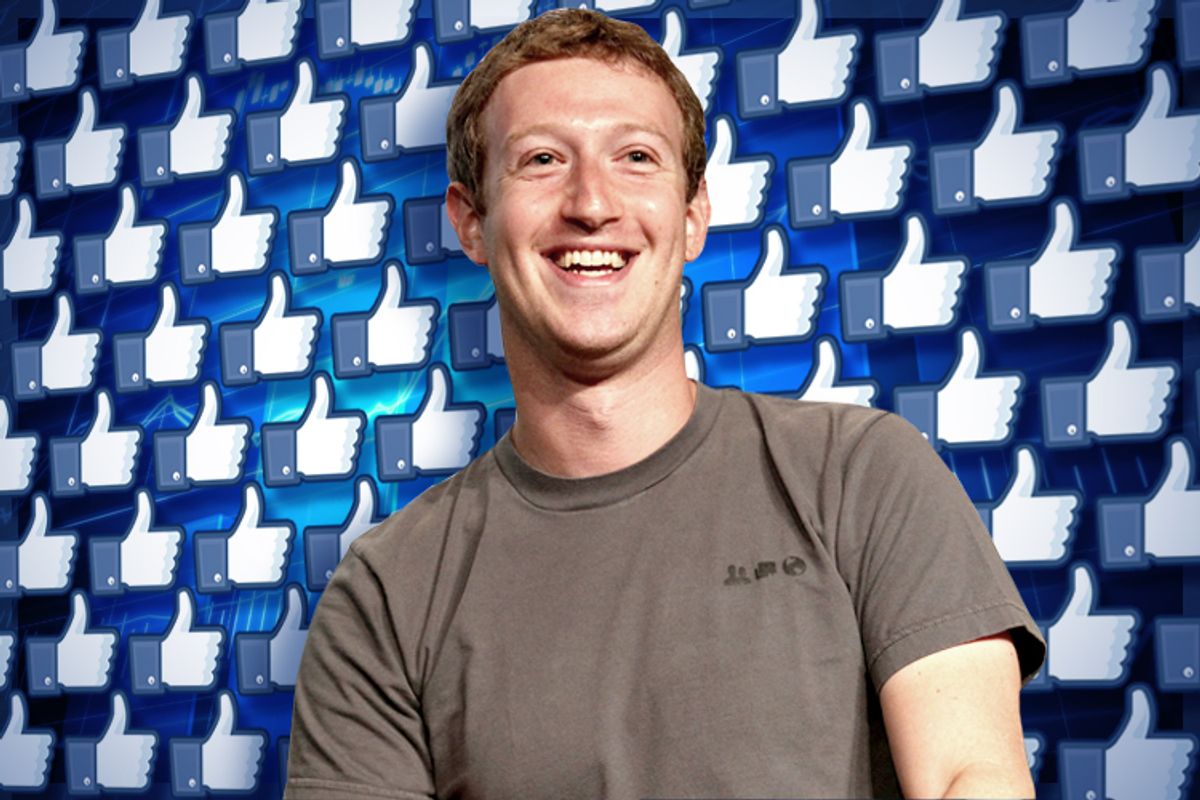 Facebook is reportedly venturing into the drone market. The social media giant has been in discussions to acquire drone manufacturer Titan Aerospace as a part of the Internet.org initiative to spread Web access to parts of the world underserved by broadband.

The incentive for tech leviathans like Facebook are obvious. With untapped markets rendered accessible through drone technology, capital dictates: Make it so. Solar-powered satellite drones, which can stay in place for five years, would expand the Web to large areas Africa and other areas currently lacking the infrastructure to join technocapitalism's networked world.

The project is couched in the dialect of NGO-speak: using technological advancements to fulfill a social need in less developed countries. Drones in particular serve as smooth vectors for neoliberal expansion. Local infrastructure development is not even required; unmanned satellites can do the job. Just as drone technology has enabled a reshaping of war and military lines, Facebook drones suggest ways in which U.S. corporate interests can find new terrains across which to gain global footholds. The sky is literally the limit.

And while it was the fits and starts of Cold War-era market that propelled the West to bring technologies like the building of dams to less developed economies (a vector of liberal-minded capitalism that has been controversial, to say the least), nowadays a pretext of "need" is enough. As Facebook CEO Mark Zuckerberg commented on the drones proposal, “It’s easy to take for granted that most people have access to the Internet, but only one-third of the world, 2.7 billion people, currently have access to the Internet ... We’re not on a path to connect everyone right now, unless something dramatic changes.”

And while genuine desire for Internet connectivity, social networking and all the social boons and benefits therein indeed exists all around the world, we should as ever remain wary of the hows of this expansion. And while the spread of the Web via drone technology may do some or much good, it's never a mistake -- in the face of empire -- to address who has control over the means of production and to think about what sort of consumer subjectivities are being produced and reproduced around the world. To be sure, the communities eagerly awaiting Internet access will be alienated from the all-important hows of its delivery to them.