Is this dating start-up sexist? 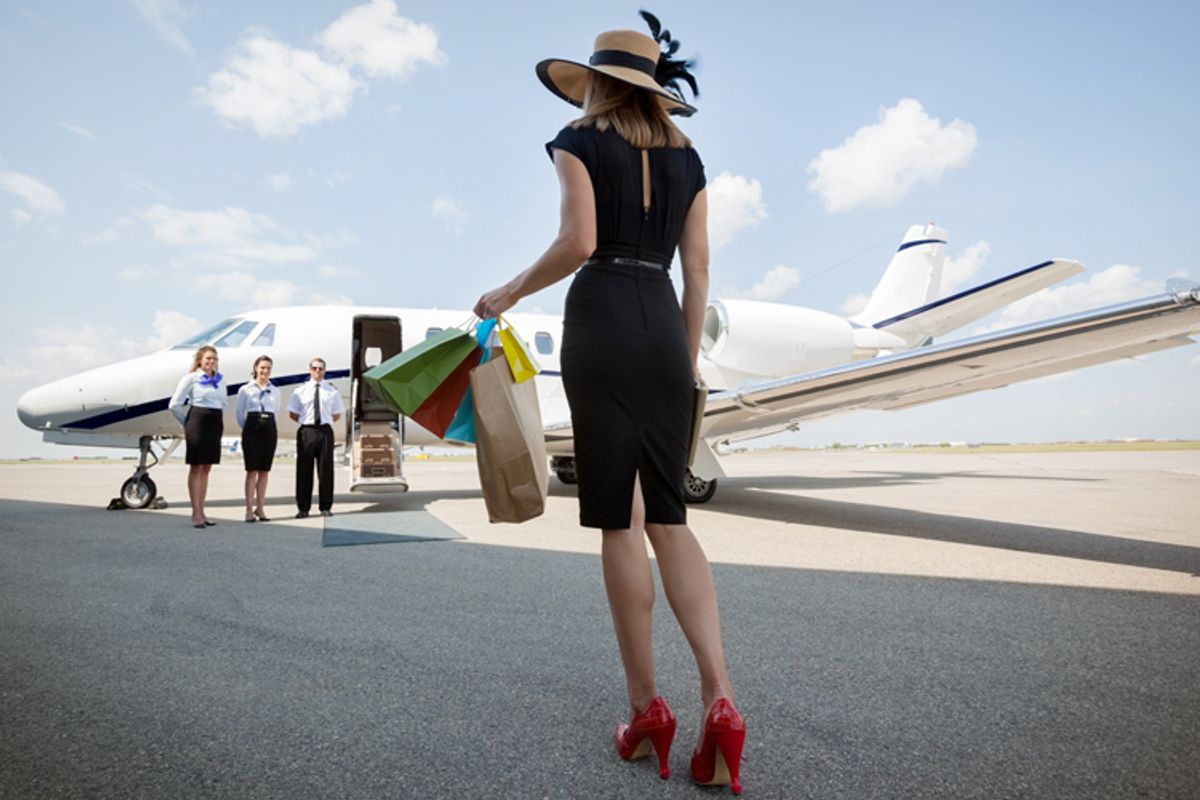 New York has a surplus of single women and San Francisco has an excess of single men. The Dating Ring, a matchmaking start-up, has a proposed solution: Put East Coast women on SFO-bound planes. Today, Valleywag greeted this admittedly wild idea with a post headlined, "Startup Flying Dateable Women to San Francisco Like It's Imperial Japan." The post speculated that the start-up must have "taken its inspiration from an unlikely source: the 'comfort women' of World War II."

OK, no one is being forced into prostitution here, so the comparison is a wee bit inappropriate -- and it has understandably generated a backlash on Twitter. It isn't just the hyperbole that is problematic here, either.

The general antagonism toward this business concept is understandable. Here in the San Francisco Bay Area, there is a lot of resentment toward the perceived excesses and entitlements of the tech industry -- the private shuttles using public space and Google Glass being worn in punk bars. And, what, now start-up bros need their women brought to them just like their Google-campus dry-cleaning? It doesn't help any that the campaign video (embedded below) features a giggly woman who says, "There's a much larger ratio of men to women than women to men. It's true, I've Googled it before."

Here's the thing, though: They're flying dudes out to New York, too. All along they've had a similar campaign planned for men. "We were going to launch it a week later but we’re going to launch it today because there’s a been a lot of demand for it," CEO Lauren Kay told me by phone. Oh, that's right, the CEO is a lady. “We’re a company run by women ... and one of the only female-run dating companies,” she said. “Being compared to a prostitution ring? We’re not surprised, but it’s the opposite of the mission we’ve set out to accomplish.”

It's neither techie entitlement nor sexist tropes that inspired this idea in the first place, says Kay. She explained in a blog post, "After launching The Dating Ring in New York, we got almost twice as many signups from women as from men." When they launched in San Francisco, they "began immediately seeing the problem in reverse: Twice as many men were signing up as women." As she told me, "There are lot of men in the Bay Area for tech and there should be more women in the field but there aren't yet" -- and, actually, this is one company that is part of changing that.