Putin and the saber-rattling playbook 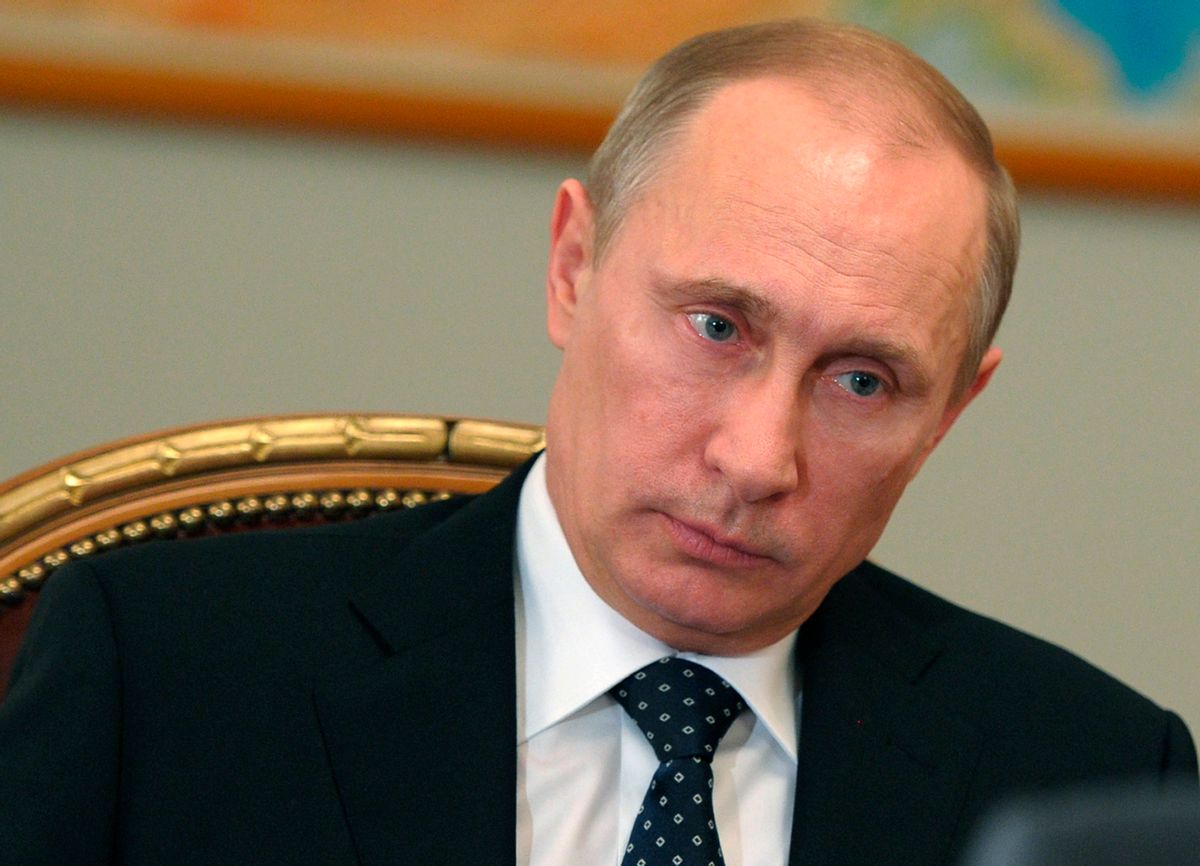 Breaking his silence since the unseating of Ukrainian President Viktor Yanukovych, Russia's Vladmir Putin said Tuesday that he would not go to war with Ukraine, but that he reserved the use of force as a "last resort." Following President Obama's comments that Russia was "on the wrong side of history" in Ukraine, Putin warned the West against sanctions.

While Putin's remarks were at times rambling and imprecise, they contained words pulled from the playbook of contemporary geopolitical posturing. They are interchangeable with utterances about "red lines" and purported desires to avoid warfare. They are words saved for the political stage occupied by superpowers; macho words of little content carrying no commitments but closing no options. Putin's words on Ukraine, like Obama's comments on this conflict and previous conflicts like those in Syria and Libya, are strategic words of self-interest. They are words, like the warnings from the West against Russia's interventionist stance, that set the stage for more warnings, for summits and for political jockeying. The imperialist back-and-forth between the U.S. and Russia is set to continue.

In a moment of Cold War-style symmetry, Putin critiqued the U.S. for hypocrisy over interventionism (much like Secretary of State John Kerry had warned Russia against the popular U.S. pastime of invading other nations on "phony pretexts"). Putin said: "Our partners, especially in the United States, always clearly formulate for themselves their geopolitical and national interests, pursue them relentlessly and then drag the rest of the world in, using the principle ‘You are either with us or against us’. And harass those who refuse to be dragged in.”

As Kerry arrives in Kiev Tuesday, we can look forward to more "strong" words, with which statesmen issue warnings, deflect criticisms and do a remarkable job at exempting themselves from the guilt of carrying out the very same policy operations they decry when committed by any other world power. While the future of Ukraine is unsure, the terrain of geopolitical grandstanding remains reliably unchanging.