The miserable winter extends into March 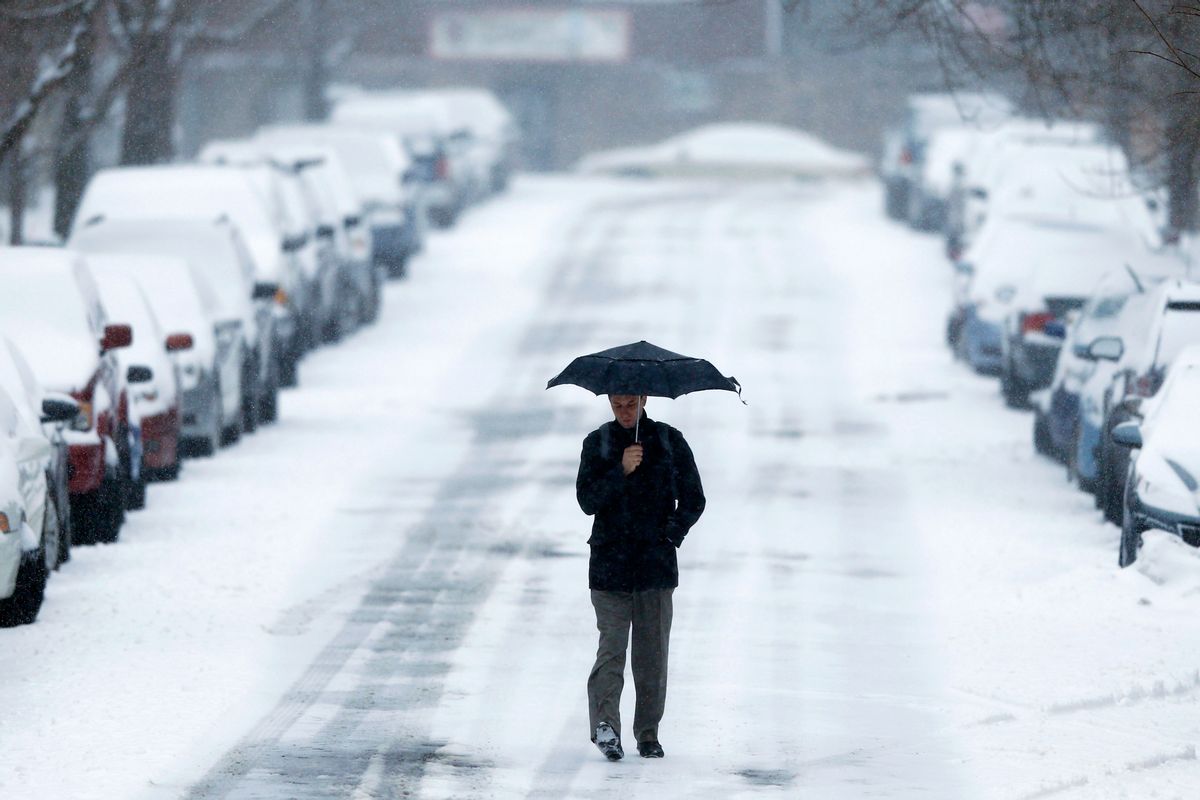 A morning commuter walks to a train station during a winter snowstorm Monday, March 3, 2014, in Philadelphia. Spring is in sight, but winter kept its icy hold on much of the country Monday, with up to a foot of snow and plummeting temperatures expected across the Mid-Atlantic states and up the East Coast. (AP Photo/Matt Rourke)
--

Baltimore hit a 141-year low of 5 degrees late Monday night, Weather Underground reports, which it then went ahead and beat by an extra degree Fahrenheit Tuesday morning. Atlantic City, N.J., managed to reach a record low of 2 degrees. Outside Washington, Dulles International Airport tied a 1993 record for March, dipping below zero to -1 degree.

According to the AP, governors declared states of emergency in Virginia and Tennessee, which are suffering hundreds of traffic accidents, thousands of canceled flights and tens of thousands of power outages.

We were warned, but there's only so much you can do to prepare for something like this. And the only way to accurately describe winter's long slog into March is succinctly summed up in this video:

"The persistence of winter has been a problem," said the USDA's Joseph Glauber, referring to the nation's wheat crop -- frigid temperatures and dry soil have damaged yields. The Missouri Department of Conservation, meanwhile, is reporting that thicker-than-usual ice in lakes and reservoirs across the state -- along with the frigid water itself -- is killing fish.

On the bright side, as Quartz points out, the unrelenting cold is bad news for the hemlock woolly, the gypsy moth and the emerald ash borer: three invasive pests responsible for as much as $2.1 billion in economic losses in the U.S. each year.

But while the cold is killing them off for now, they aren't gone for good. Future, warmer winters will see them and their tree-killing, forest-destroying abilities spreading further north. It's worth reiterating: Cold as it may be where you are right now, the rest of the world is sweltering.