Rudy Giuliani: Unlike Obama, Putin is “what you call a leader” 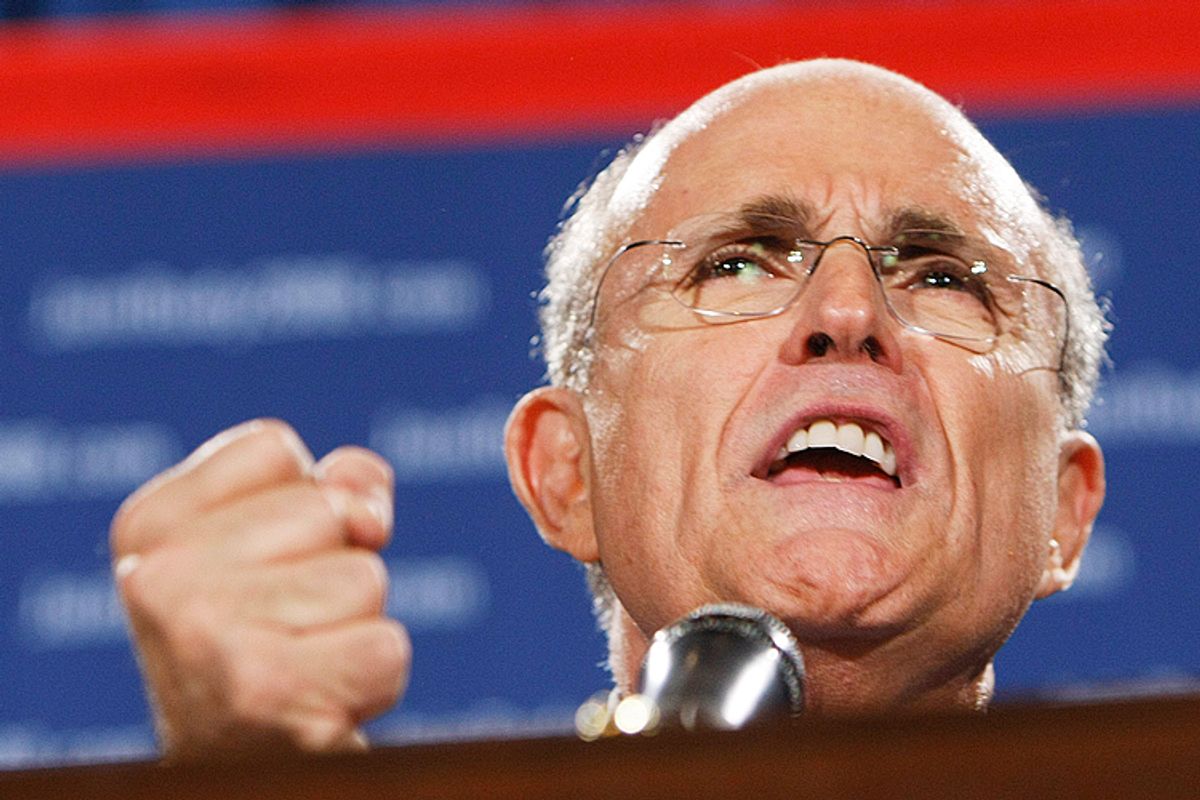 While most of Vladimir Putin's right-wing fans have come from the socially conservative wing of the GOP, it would be wrong to say the Russian autocrat doesn't have some crossover appeal for today's Republicans. Case in point: Rudy Giuliani, former mayor of New York City and well-known moderate on some social issues, counts himself as a fan — or at the very least sounds like one.

Appearing on Neil Cavuto's Fox News show, Giuliani shared his thoughts on Russia's invasion and de facto annexation of the Ukrainian province. Rather than blasting Putin for ignoring international law, the sovereignty of an independent neighboring country, and the rights of Ukrainians to decide their country's future for themselves, Giuliani praised Putin for being what he called "a leader."

After chuckling dismissively at the idea of merely leveling sanctions against Russia in response to its transgression, Giuliani laid it out as simply as he could: "Putin decides what he wants to do, and he does it in half a day, right? He decided he had to go to their parliament — he went to their parliament, he got permission in 15 minutes."

Cavuto then awkwardly interrupted, noting that Putin's move was "perfunctory" since Russia's parliament is essentially a dummy rubber-stamp for the Putin regime. Giuliani completely ignored this point from Cavuto and continued.

"[H]e makes a decision and he executes it, quickly. And then everybody reacts. That's what you call a leader," Giuliani said.

Giuliani next compared Putin's decisiveness to President Obama's leadership. In this regard, he found the American president lacking: "President Obama [has] gotta think about it, he's got to go over it again, he's got to talk to more people about it," Giuliani joked.

You can watch Rudy "Freedom is about authority" Giuliani excitedly praise Vladimir Putin as the embodiment of manly leadership below, via Media Matters: