Space image of the day: George Clooney has nothing on these guys 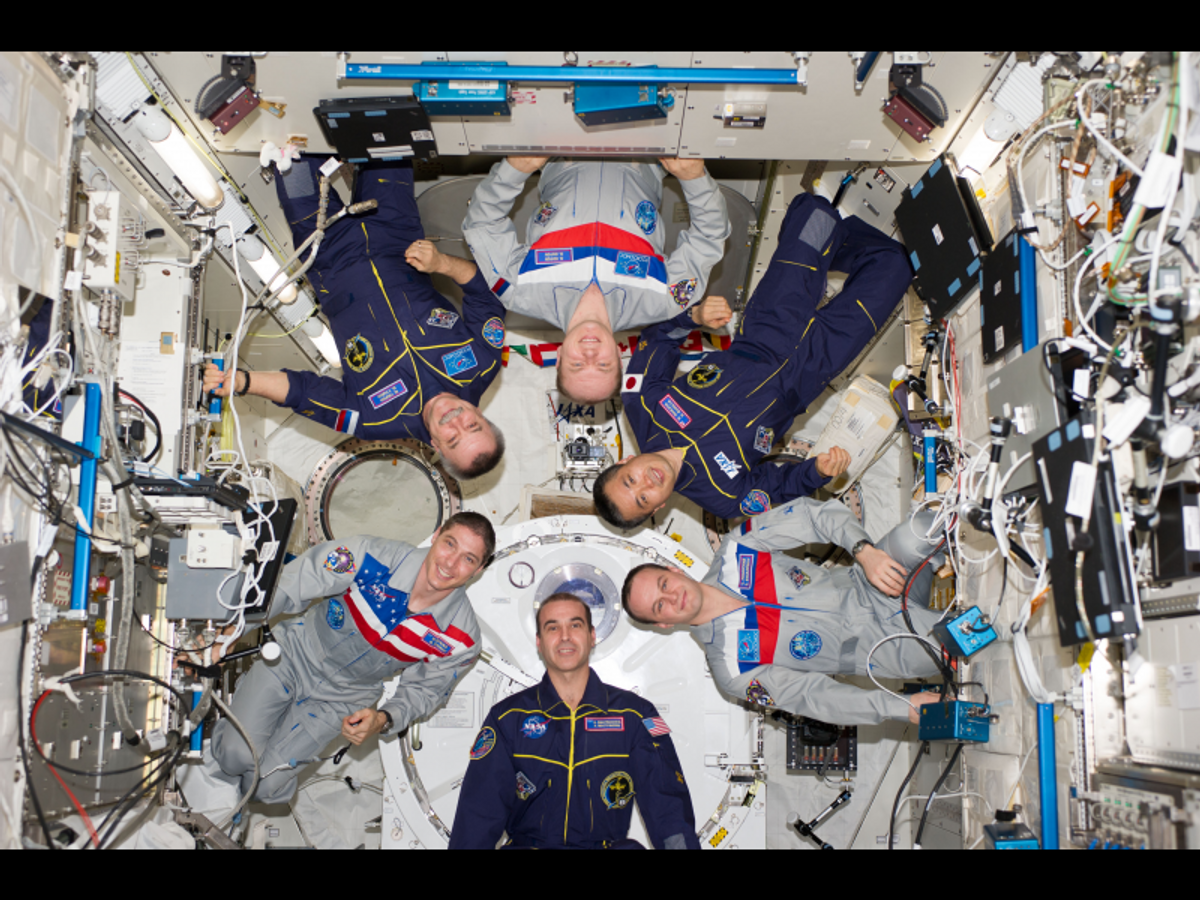 Today's NASA image of the day is a far more realistic depiction of "Gravity."  Meet the crew of Expedition 38, posing for a portrait in the International Space Station's Kibo laboratory.  The multinational crew includes two NASA astronauts, three Russian cosmonauts and an astronaut from the Japan Aerospace Exploration Agency.  (Clockwise starting at the top we have  Oleg Kotov, Koichi Wakata, Sergey Ryazanskiy, Rick Mastracchio, Mike Hopkins and Mikhail Tyurin.)

The expedition, which began in November 2013, will end next week with the departure of Commander Oleg Kotov, of Russia, along with flight engineers Sergey Ryazanskiy (RSA) and  Mike Hopkins (NASA).  And though their tenure at the International Space Station didn't include any amazing covers of David Bowie à la Col. Chris Hadfield, the flight engineers's laboratory work could change the future of how we treat diseases, send information and even the future of space suits.

Their mission, according to NASA, included "a variety of research, ranging from protein crystal growth studies and biological studies of plant seedling growth to technology demonstrations that will improve understanding of liquid movement in microgravity to student experiments that observe celestial events in space."  They're also exploring ways to improve human health -- including research on T-cells to help understand autoimmune disorders -- IN SPACE.  The crew also tested out the Optical Payload for Lasercomm Science (OPALS), or in layman's terms the ability to use lasers to transfer data and information to the ground.  Of course, the mission also included several incredible space walks including the first one on Dec. 21, 2013, which can be viewed below: