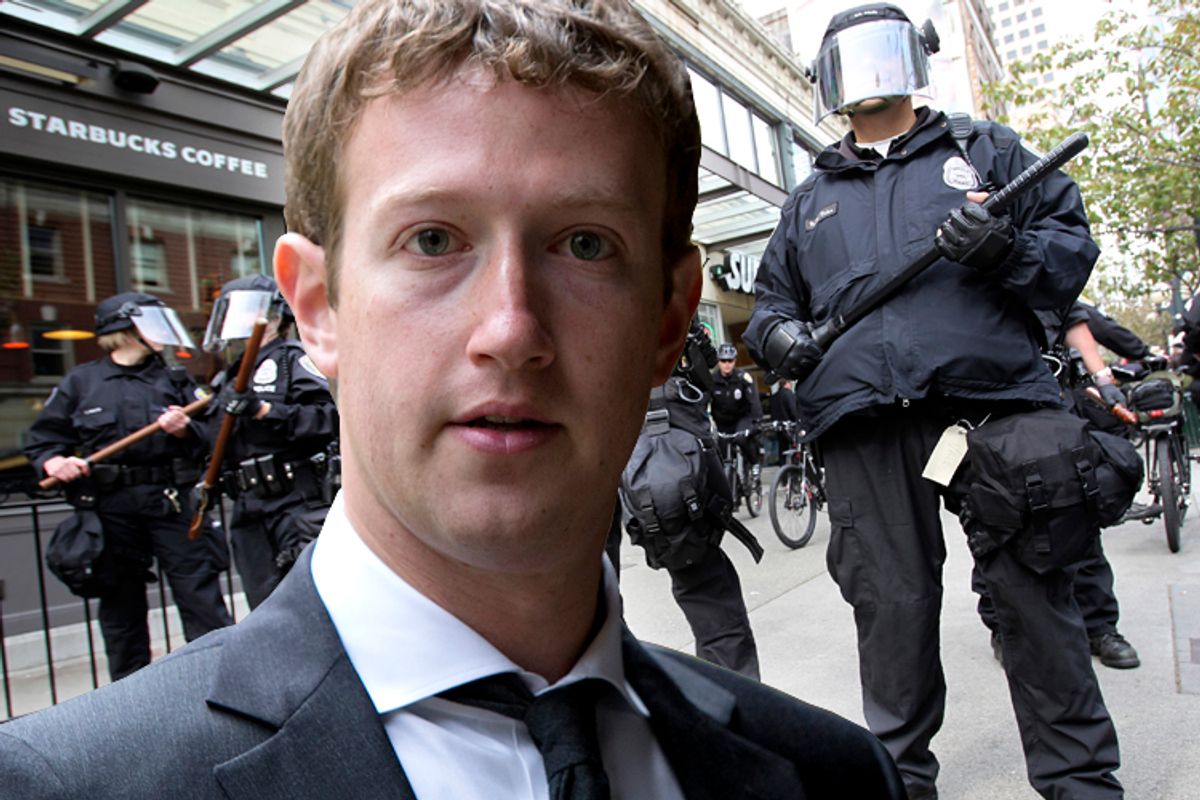 All of a sudden, Silicon Valley corporations are falling over themselves to be good civic citizens. Last week Google donated $6.5 million to pay for free Muni passes for Bay Area youth and announced a $5 million grant program for San Francisco nonprofits. The latest act of beneficience? Facebook, reports NBC News, is paying for a full-time beat cop for the city of Menlo Park.

"This is a generous gift," Menlo Park Mayor Ray Mueller told NBC Bay Area before the meeting. "And it's a way to keep the community safe." He noted that the contract states the officer will spend most of his or her time near the schools, and not patrolling the campus of Facebook.

I am all for corporations being good citizens of their communities, but private bankrolling of public cops sets a horrible precedent. For starters, it presents obvious conflict-of-interest challenges. How will police departments treat Facebook employees who might be caught in criminal behavior, when their own budget is partially paid for by Facebook? Everyone involved is swearing up and down that nothing of the sort will ever happen, but if this model spreads, there are bound to be abuses.

But much worse is what this news item reveals about the general bankruptcy of our system of government. Menlo Park is a rich town in one of the wealthiest regions of the United States. The median household income is $103,000, which is almost twice California's median. The median home price is $925,000, more than double California as a whole. If a community like this can't afford to pay for an adequate police force, then just imagine what's happening in poorer communities that lack generous tech companies?

The mere fact that Menlo Park and Facebook think private sponsorship of a cop is a good idea betrays a social order in which the notion that we all pay taxes to provide public services to everyone has completely broken down. Silicon Valley corporations aren't paying their fair share and neither are the wealthiest Americans.

Wake me up when Mark Zuckerberg and Sergey Brin and Tim Cook start organizing a campaign to repeal California's Proposition 13, and promote a system of progressive taxation that benefits all citizens of California, and not those lucky enough to live near the headquarters of Facebook. Then we can start congratulating people, and companies, for true civic participation.