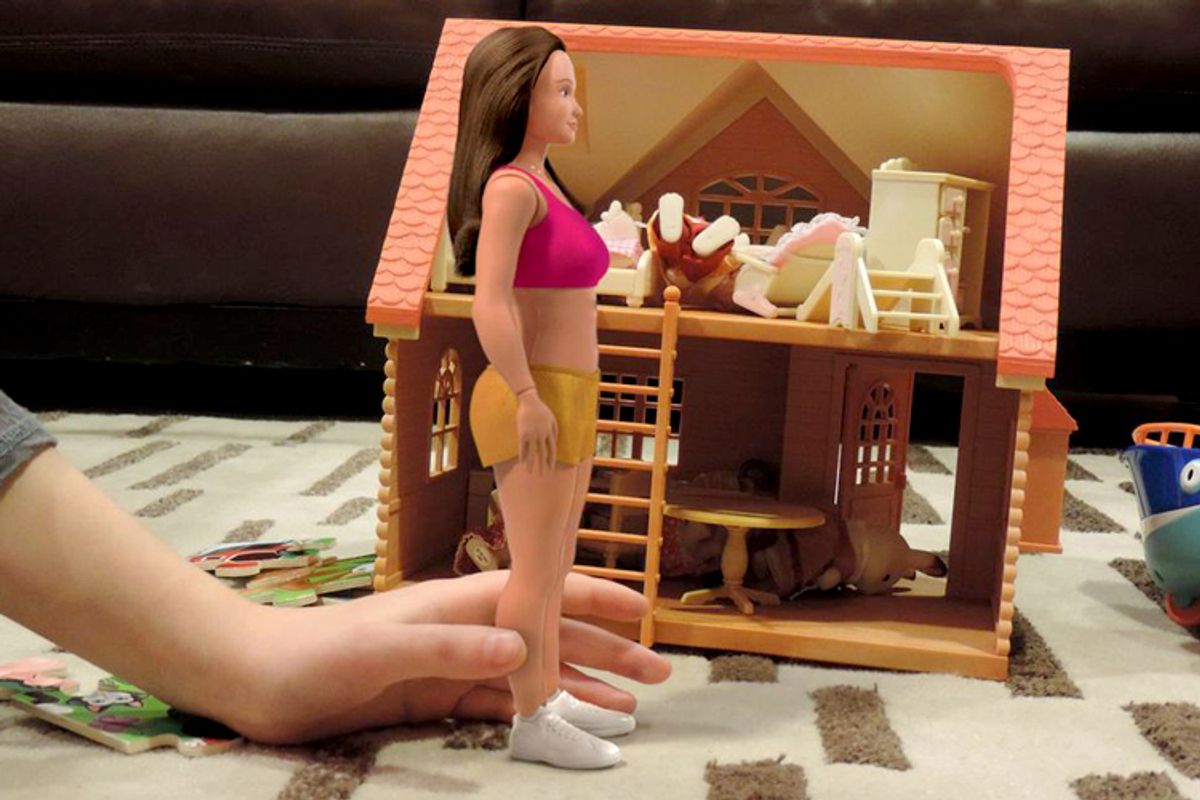 In the summer of 2013, researcher and illustrator Nickolay Lamm introduced America to a new kind of Barbie doll -- one that doesn't promote an impossibly skinny, busty standard of beauty, but instead, shows that "average is beautiful."

Using data from the CDC, Lamm determined the measurements of the average 19-year-old American woman and used them to print a 3D model of a toy doll. "I wanted to show that average is beautiful," Lamm says in a video promoting the doll, Lammily. "Lammily promotes realistic beauty standards, because she is made according to typical human body proportions." A side-by-side comparison of Barbie, left, and a model of Lammily. Credit: Nickolay Lamm

In addition to her realistic proportions, Lammily wears minimal make-up and comes in everyday wear -- shorts, a denim shirt and sneakers.

On March 5, Lamm launched a crowdfunding campaign to help him manufacture the doll. "I need your help to cover the costs of tooling and molding, and to meet the manufacturer's minimum order quantity," Lamm says via his Web site. He's been consulting with Robert Rambeau, former Vice President of Manufacturing at Mattel, who "has offered his experience and expertise in selecting a highly qualified manufacturer."

A $25 donation secures buyers a first edition Lammily doll, which will not be sold in retail stores.

Update: Lam hit his target Thursday morning, currently has $164,497 in funds. Lam told Salon via email that the money will go into fixed and variable costs, with the fixed costs totaling a little more than $50,000, "which include the tooling and molding." The dolls will be shipped to backers in November.