When a facility dumped many tons of toxic coal ash into N.C.’s Dan River, how the state reacted will astound you 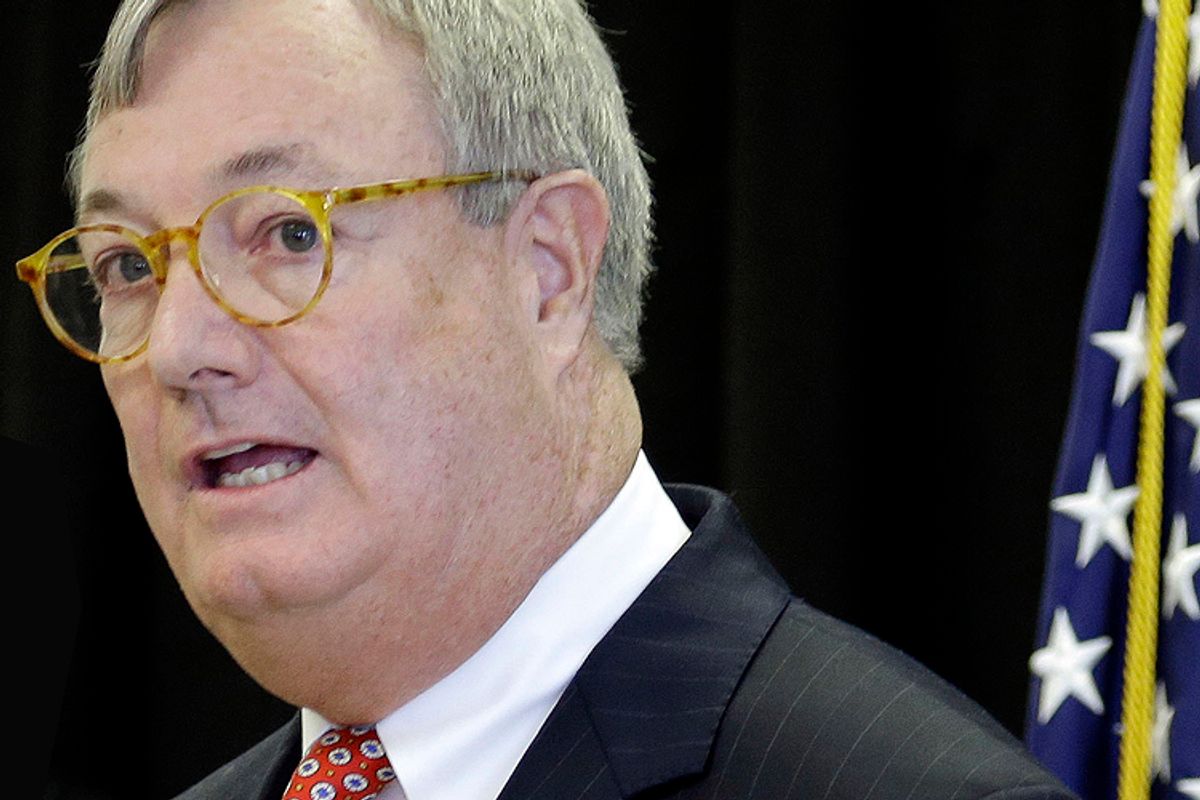 In 2012, North Carolina’s newly elected Republican governor, Pat McCrory, announced the appointment of a businessman named John Skvarla to head the state’s environmental regulatory agency. For several reasons, the move worried environmentalists. Skvarla has expressed doubts about the science behind climate change and has peddled the obscure theory that crude oil is an infinite, renewable resource. He has insisted that the agency he now leads has been long regarded as the primary obstacle to economic growth in the state. Last summer he stated that if environmentalists were to get their way “we’d live in lean-tos and wear loincloths.” And the day before assuming the leadership of the agency (N.C. Department of Environment and Natural Resources, or DENR), Skvarla said he knew little about coal ash pollution, an issue dear to environmentalists in North Carolina.

During the course of 2013, Skvarla’s agency interceded to stop multiple citizen lawsuits against Duke Energy for its mishandling of the coal ash, despite outcry from environmentalists.

Last month, a facility owned by Duke Energy dumped tens of thousands of tons of toxic coal ash into North Carolina’s Dan River. Duke Energy — a $50 billion company that employed Pat McCrory for 28 years before he became North Carolina's governor — initially played down fears that the water spilling from a compromised storm water drain was contaminated. Days later, North Carolinians would know the spill as the third worst of its kind in U.S. history. In short order, the federal government opened a criminal investigation into DENR’s connections to the massive utility it was charged with regulating.

Upon entering office early last year, Skvarla wrote a number of caveats into DENR’s mission statement and aggressively promoted the agency as serving the interests of its “customers.” According to Michael Burkhard, who left DENR in late May, Skvarla’s management left little to interpret: The agency was now serving the interests of industry. “The message was that we shouldn’t hold anyone accountable or responsible,” Burkhard says. “They told us that industry and business do a better job of regulating themselves than we do.”

As an environmental senior specialist within what was then known as the Division of Water Quality, Burkhard was charged with investigating contamination in rivers, streams and lakes. He says that, in the short time before he left the agency, the new administration weakened the power of his regional unit to make its own decisions on enforcement actions with a new policy that required him to submit his proposed penalties on violators to DENR headquarters in Raleigh for ultimate approval.

“DENR is filled with scientists who care deeply about the work they do,” says Burkhard. “During my last few months there, morale hit rock bottom.”

Amy Adams, another former employee, says that, in order to control an increasingly disillusioned workforce, Skvarla’s team created management culture that little tolerated the expression of grievances or criticism. “I had never seen state government run like this,” Adams tells Salon.“They threatened our jobs, they said ‘if you’re not fully on board with our new mission — if you whine and complain — you better get your résumé ready.’ People were terrified to speak out.”

Adams says that in a June 12 meeting the new head of DENR’s 400-employee water division, Tom Reeder, emphasized that Skvarla had personally intervened to stop the Legislature from eviscerating components of the division, and if the agency’s employees didn’t step into line with the agency’s new mission, there might be nothing they could do to save their jobs. Reeder echoed this sentiment in an abrasive July address, posted to YouTube, in which he tells employees that officials including Skvarla and his assistant secretary, Mitch Gillespie, had won the agency a “six- to  nine-month reprieve” before any more “drastic action” could be leveled against the division. During his time as a Republican state legislator, Gillespie famously drew into his office window a bull's-eye aiming at the DENR office he now helps to lead.

“They told us that no one in the state likes us, that we shouldn’t even like ourselves because of the job we’d been doing,” recalls Adams, who resigned from her role as regional supervisor in November and now works for an environmental nonprofit called Appalachian Voices. “It felt like a kind of mind control.”

“The vast majority of DENR’s nearly 4,000 employees have embraced the department’s mission to protect the environment while helping to grow North Carolina’s economy,” Drew Elliot, a spokesperson for the agency, told Salon in an email.

(Elliot also forwarded to Salon an email that Adams sent to Reeder on June 14, 2013, in which Adams implores her superior to believe in her positive outlook for the changing agency. “Upon leaving the room I did not feel disheartened or angry as you surmised,” Adams wrote in reference to the June 12 meeting. “Instead I feel quite close to the opposite. I have a renewed spirit and feel both energized and excited, a bit apprehensive, but excited about the days ahead.” Adams says she sent the email out of both fear for her job and a genuine and ill-fated hope to make her voice heard within the changing agency.)

In just over a year, Skvarla’s team has succeeded in initiating a series of controversial moves in the agency, including the consolidation of offices that regulate water and the rejection of a major federal environmental grant despite the agency’s budgetary woes.

Nothing has received more attention, though, than the recent coal ash disaster. In late February, it was reported that the U.S. attorney’s office widened its investigation into DENR and Duke Energy. Federal authorities have issued subpoenas on numerous current and former officials including Adams and Reeder. (Adams says that, while she was deeply frustrated with changes at DENR, she never witnessed any directives or activity that approached illegality.)

On three occasions in 2013, DENR used its authority to preempt lawsuits brought by environmental groups that sought to compel Duke Energy to clean up hazardous coal ash dumps around the state. Federal law requires citizen groups to give 60-day notice to state regulators for such lawsuits. States then have the option of taking enforcement action that can block pending litigation. Most recently, DENR proposed a fine of $99,111 against Duke Energy over its coal ash storage. Environmentalists called it a “slap on the wrist” compared with what their original litigation sought, and openly worried about Gov. McCrory’s deep ties to Duke Energy, which includes at least $1.1 million in contributions to his gubernatorial campaign from the utility, its political action committee, company officials and their immediate families.

Skvarla maintains that DENR had worked in partnership with the environmental groups suing Duke Energy to bring about the most recent proposed settlement, which he points out would be the first fine against Duke Energy for coal ash in the agency’s history.

On the morning of Monday, Feb. 10, a week after learning of the Dan River coal ash spill, Skvarla’s administration notified the state that it sought to halt the controversial proposed settlement in order to give DENR more time to evaluate the situation. Hours later, DENR officials received their first round of subpoenas from the U.S. attorney’s office.

A DENR spokesman said that, when deciding to halt the controversial settlement, the agency’s management had no knowledge of the federal investigation.