Liam Neeson to Vladimir Putin: You have taken Crimea, now you have to deal with me 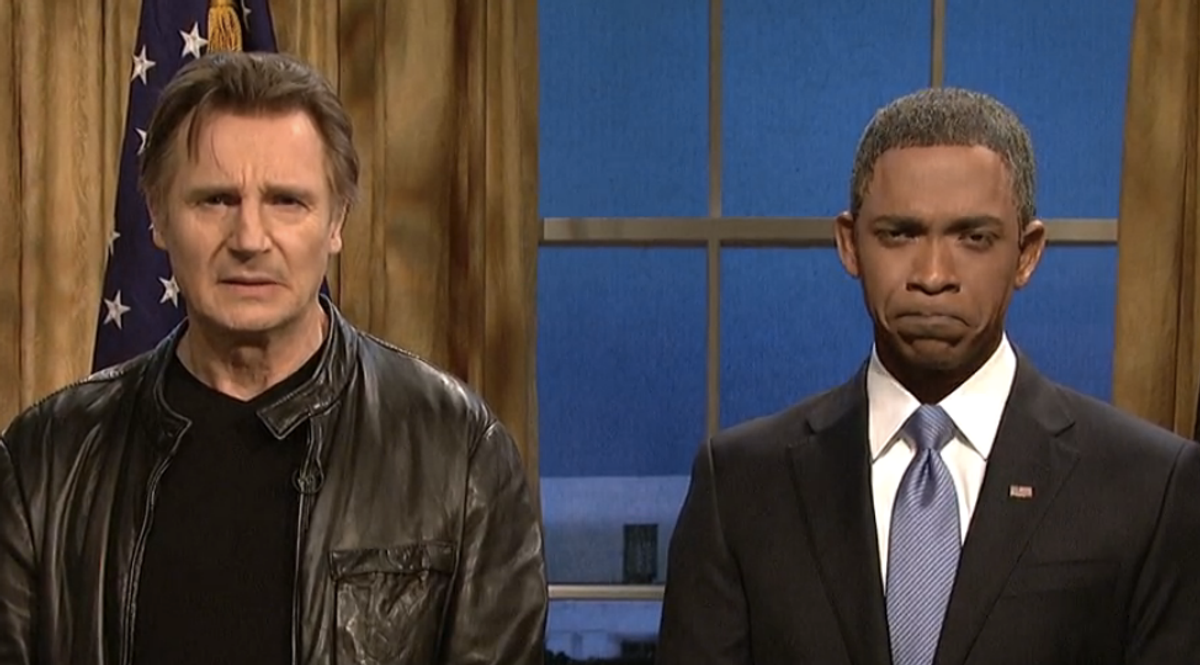 Although Lena Dunham was the star of last night's "SNL," the show surprised America with a delightful cold open starring Jay Pharoah as President Obama and Liam Neeson as a meme-ified version of himself. Taking a minute to address Russia's invasion of Crimea, Obama called on the "Taken" actor to send a clear "personal message" from the U.S. to Russia.

"Recently, I got a very disturbing call. Crimea had been taken," started Neeson. "I hate it when things are taken."

"During the crisis the United States and the European Union have been more than fair. But a man like Putin doesn't listen to reason. He'd rather ride in a motorcycle gang or get photographed shirtless on a horse. So I want to give President Putin a personal message from me: Mr. Putin. Vladimir. I've never met you. I don't have experience in international diplomacy. But what I do have is a very particular set of skills. Skills that would make me a nightmare for someone like you. By which I mean I'm an actor. In Hollywood. With a lot of connections."

The actor then drove the point home with a video montage of pyrotechnics, sweaty U.S. aggression and bear-wrestling that only Putin would understand.