From "The Dark Knight Returns" to "Kingdom Come," some of the best Batman stories show him as an older man 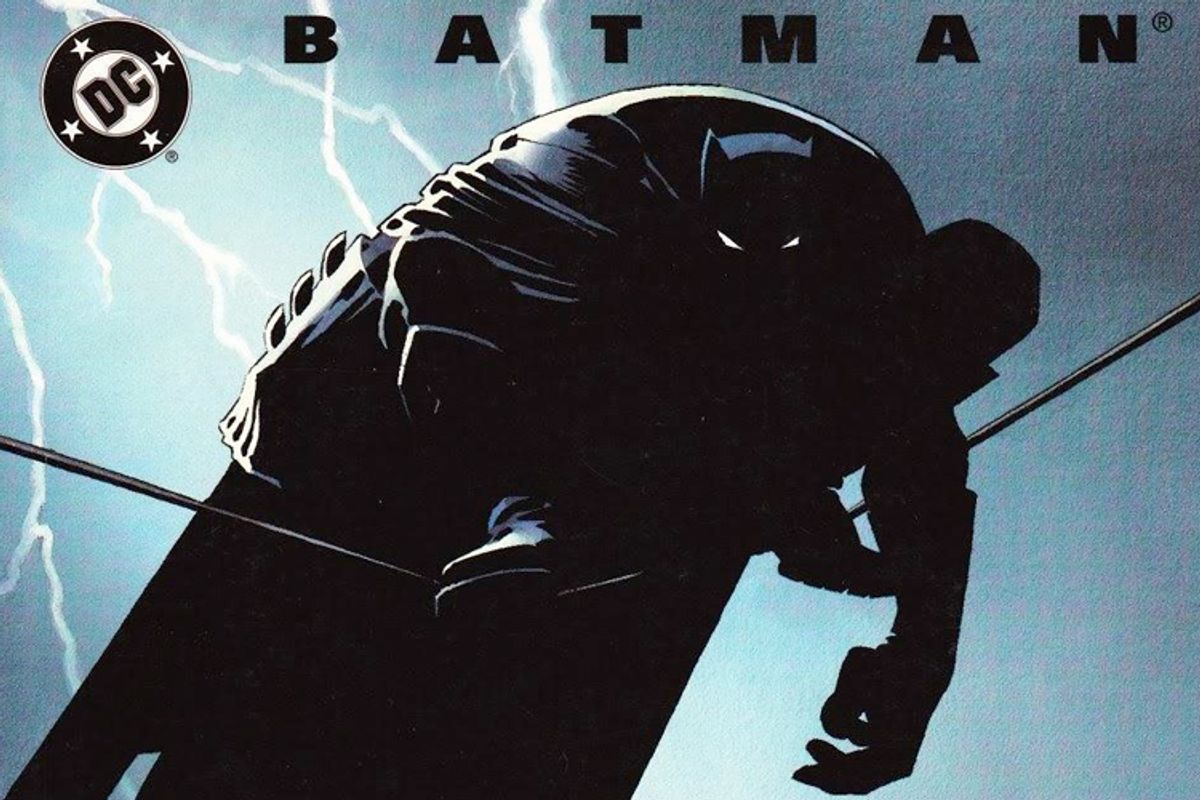 2014 is Batman’s 75th anniversary. And the past 75 years have seen every conceivable Batman story. Sometimes he fights muggers; sometimes he fights space gods. He can be the ultimate loner, relying on no one, or the ultimate team man, with Robin, Alfred, Commissioner Gordon, Batgirl, Nightwing and Batman Incorporated by his side. He can be as immature as a 2-year-old or as wise as a ninja Jedi Buddha. He’s just as at home in Arkham Asylum as he is in the Justice League’s Watchtower on the moon. He can be campy like Adam West, angsty like Christian Bale or made of Legos like Will Arnett (at least in "The Lego Movie").

He can even be old. In fact, some of the very best Batman stories are the ones that offer a glimpse into the dark knight as an older man. There’s something satisfying and right about seeing the character’s age reflected, even a little, in his stories.

Since comic books like to keep their characters — especially cash cows like Batman — forever young, most of these are “elseworlds” stories, meaning they don’t fit into DC’s regular continuity. This gives elseworlds stories a huge advantage: continuity is a tangled, sprawling mess, and it’s easier to tell a story when you don’t have to worry about what happened in Detective Comics #549 or Betty and Veronica #1045.

In honor of his 75th anniversary, here’s a look at some of the best stories of Geezer Batman: Check them out and enjoy a dark knight who’s also a grey knight.

This 1986 miniseries by Frank Miller transformed the image of Batman and — along with “Watchmen” — superhero comics. It features a mid-50s Bruce Wayne coming out of retirement for one last confrontation with street criminals, Two-Face, the Joker and (awesomely) Superman. Many people consider this the best comic book ever, and I would not argue with those people. A few lines from this series were used in “The Dark Knight Rises,” and it will apparently be a major influence on “Superman vs. Batman” (although “The Dark Knight Returns” version of Batman is a lot more Clint Eastwood than Ben Affleck).

As is the fate of so many sequels, Miller’s sequel is inferior, but it’s not without merit. As artist (and friend of mine) Shane Swinnea has observed, it’s more of a Justice League story than a Batman story, as we see the fate of Wonder Woman, the Flash, the Atom and other heroes in Miller’s apocalyptic future. If you can lower your expectations a notch or two, you should enjoy the wild visuals, bold-as-hell color palate, and — of course — more old Batman kicking ass.

This 1996 story, written by Mark Waid, shows a future where Superman has retired and Batman protects Gotham mostly through surveillance and robots. DC’s traditional heroes have been replaced by ultraviolent whippersnapper heroes. As the gang eventually gets back together, we find Batman isn’t just older: he wears a back/neck brace that is the logical result of a non-superpowered man spending his entire adult life getting in insane brawls. Needless to say, his Bat-brain is still as sharp as his frenemy-ship with Superman is complex. Even if this wasn’t a great story, it would be worth getting for the amazing photorealistic art of Alex Ross, whose work feels more real than most superhero movies.

Written and drawn by comics legend John Byrne, this four-issue story answers a simple question: “What if Batman and Superman aged in real time?” The story begins in 1939 and continues in 1949, 1959, 1969, etc., all the way up to 1999 (when it was published) and beyond. In each story, the two original superheroes face challenges typical of that decade’s comics. For example, in 1959, they fight giant sci-fi monsters created by imps from the fifth dimension, because (spoiler alert) superhero comics were batcrap crazy in the '50s. In the '60s, Superman’s son fights in Vietnam. This is an utterly unique comic that should please casual fans (since it’s a complete story in itself) and hardcore fans (since it has infinite Easter eggs referring to past stories). I first read this recently, and it took me back to my childhood: I can’t think of another artist young me liked as much as John Byrne.

This futuristic animated series, which ran from 1999 to 2001, features the adventures of teenager Terry McGinnis, who wears an advanced batsuit and works for an elderly, retired Bruce Wayne. The series is full of nods to Batman stories past, such as the presence of Bruce’s dog Ace, who was a full-blown superhero as Ace the Bat-Hound in the '50s. As usual, older Bruce is grizzled, gruff, stubborn, brilliant and extremely compelling. A teenage Batman just wouldn’t work without old coot Bruce. This series is over, but the "Batman Beyond" universe continues in the comics (much like the Adam West Batman continues in the wonderful “Batman ‘66”).

Because DC rebooted its continuity and numbering a few years ago, this year saw another “Detective Comics 27,” which was the title and issue that first introduced Batman back in 1939. In the new 27, one of the best stories featured Batman on his actual 75th birthday, surrounded by Dick Grayson, Damian Wayne, Barbara Gordon and, somehow, an ancient Alfred. This very sweet story (written by Peter Tomasi) pays tribute to “The Dark Knight Returns” and features lively, vibrant art by Ian Bertram. It’s not surprising that this Batman is still punching criminal scum at 75, but it is startling that he actually seems to be happy.

Grant Morrison’s Batman isn’t that old: he’s about mid-30s, I’d say, but he is older than the standard, ageless version in most comics. This Batman is older in another sense: his history has actually mattered, especially in the form of Damian Wayne, who is introduced in this 2006 story. Damian was the result of a long-forgotten dalliance between Bruce and Talia al Ghul, and the 10-year-old was raised by his grandfather Ra’s al Ghul’s League of Assassins, who are a little less liberal than your local Montessori school. Needless to say, the arrival of Damian changed Batman, and the existence of a son made him feel like an older, realer person. That same sense of reality can be felt, oddly enough, in the all-ages comic “Li’l Gotham,” which features absurd, humorous, adorable stories by Derek Fridolfs and unique, powerful watercolor art by Dustin Nguyen. In many ways, this “kids’ book” shows more respect for DC’s own history and readers than their current New 52 line.

I might be cheating by including this 2011 story by Geoff Johns and Andy Kubert, but it does include an old Batman: It just happens that Batman isn’t Bruce Wayne. When the Flash tried to go back in time to save his mother’s life, he ended up creating a new reality in which Bruce died in Crime Alley, while Thomas and Martha Wayne lived on. In this world, Thomas became a far more brutal version of Batman who had no problem with killing. For another look at a world where Bruce Wayne dies, dig up “Adventure Comics 462,” which features the death of the Batman of Earth 2: a Batman who married Catwoman, had a daughter and (unlike just about every other version of Batman) actually got to rest in peace.