When men win, he thinks it's normal, but Trebek makes weird remarks about how women wager and win on the quiz show 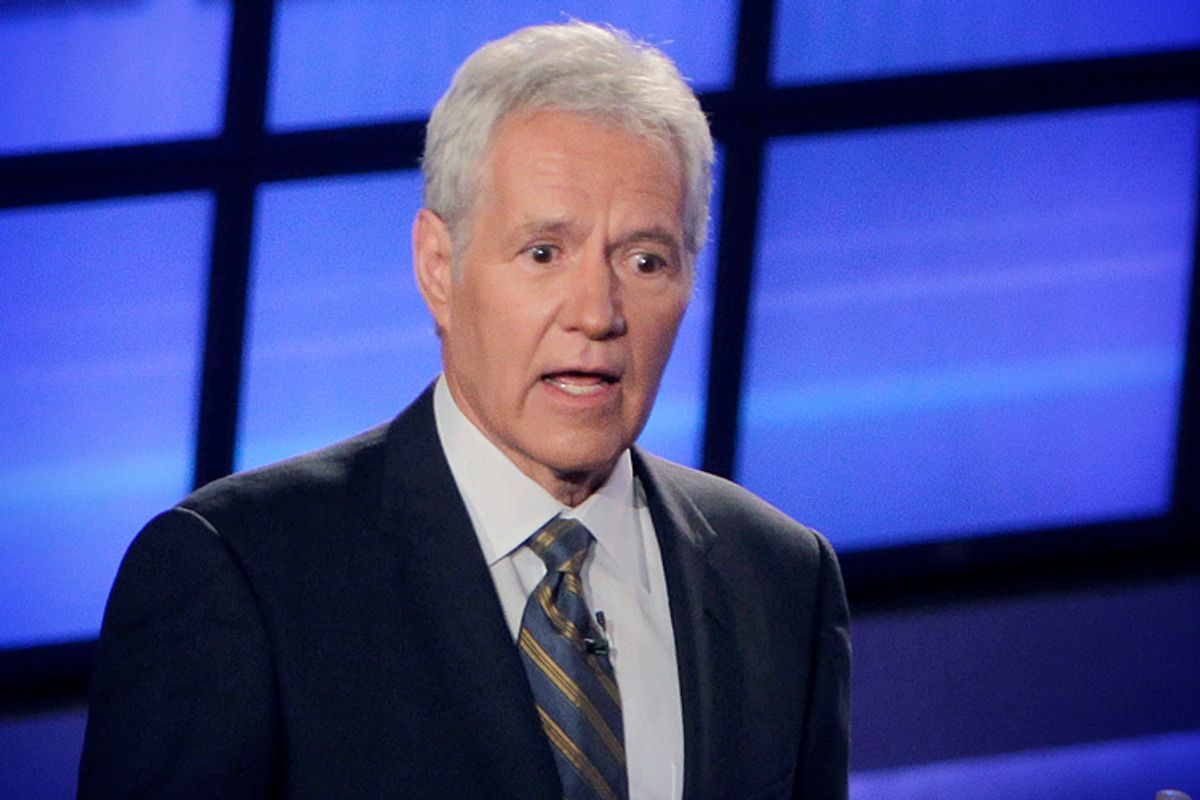 During last week's "Battle of the Decades" tournament, during which champions from the 1990s returned to the fray, Trebek found himself astounded that women kept winning, introducing the competitors in the fourth episode in this manner:

Leaving aside the wince-inducing and perhaps accidental innuendo, why is a three-episode-long streak during which women, and particularly women we already know to be great at "Jeopardy!," so remarkable? Perhaps because those three episodes each featured two men and one woman, but that has more to do with shortfalls on the part of "Jeopardy!'s" producers, not the women themselves.

In Trebek's universe, when a woman wins, a battle of the sexes begins, whereas when a man wins, the universe is in accord. He's been making remarks similar to his recent one that women "wager [less] because they figure, 'Oh, this is the household money, this is the grocery money, the rent money.'" When this reporter was on "Jeopardy!" in 2010, Trebek told the same thing to the audience during a break in taping -- that women are too focused on the family pocketbook to play the game the way it's meant to be played (discounting other possibilities, like the one that "Jeopardy!'s" questions are gendered in a manner that favors men). Trebek also told the audience, in 2010, that "men are just smarter," but immediately assured all present he was joking.

His consistent hammering of the point that women are dramatically lower wagerers than men (debunked doubly by Slate, which recently showed the average female wager is just a bit lower and that's not, necessarily, a worse strategy) shouldn't be taken seriously. It's a nasty, gendered assumption about the way women think, coming from a fellow who thinks it's worth remarking upon when women win at all.

Trebek is bizarrely preoccupied with the gender of the contestants onstage in manners large and small: At the end of the fourth episode last week, he took a pregnant pause before announcing the Final Jeopardy clue to the "gentlemen ... and lady" onstage. But, in any event, it ended up evening out: The final two games of the tournament were won by men. Trebek had nothing to say about it.