Scientists aren't the only innovators! We really need artists

Too many people believe that innovation emerges only from a lab. They're wrong -- and here's why it matters 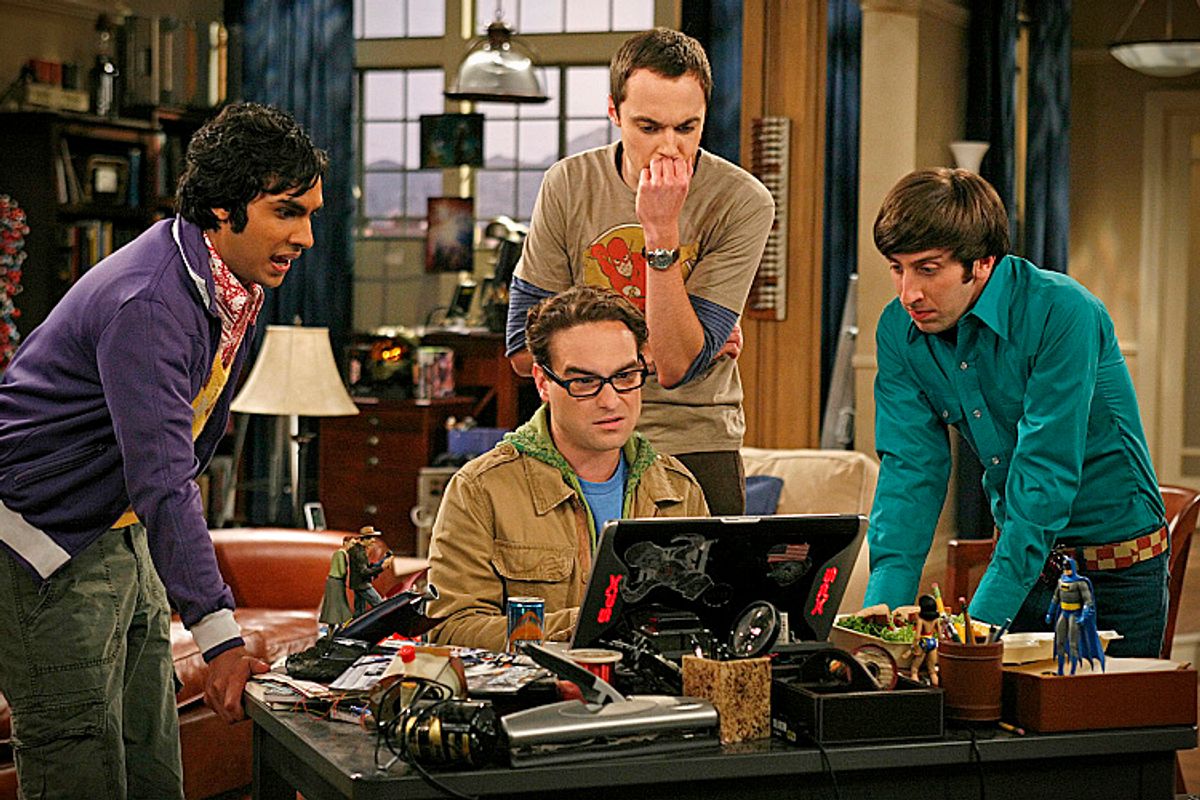 “What’s your favorite subject in school?” I heard a mother ask her young son and daughter as we were in the elevator riding up in our building.

I smiled and looked down at the elevator floor. Just before I averted my eyes, I had also noticed that my neighbor was most worried by her son’s response: “Art.” She looked at me, panic-stricken.

Don’t look at me, I thought. I know that, to many, pursuing the arts can seem like the height of impracticality. I remember how nervous my parents were when I came home from grade school and declared that I wanted to be a painter. And then, when I told them that after going to Harvard and Oxford, I wanted to be a curator.

We may be concerned when a child expresses a love for the arts because we worry that what President Obama has recently said (and as many have before) could be right — skilled mechanics might have a better chance of getting a high-paying job than those with degrees in art history, or those pursuing a career in the arts. Yet what are we most in need of? People who can think creatively and innovate.

In the United States, creativity scores for children from kindergarten to the sixth grade, as measured by Torrance Tests of Creative Thinking, have dropped for the first time since its testing began in 1968. During the same period, IQ scores have increased each decade. In other words, we are smarter, yet less equipped to find novel approaches to problems.

As the arts have been largely eliminated from U.S. public school, a process that began in the 1970s, so has the avenue to one of the arts’ irreplaceable gifts: the agency to withstand ambiguity and to discern for yourself whether to pursue a problem or to quit and reassess.

The external binaries of right and wrong don’t exist in art as they do in most subjects. In math, the answer to the problem is correct or incorrect. In history, a sequence of events is true or false. In art, only the student can decide what critique to listen to and what to ignore. Art is the arena of activity where we develop the skill most required to innovate -- the ability to harness our own agency.

Artist and Nobel Prize-winning scientist Richard P. Feynman put it this way as he distinguished between teaching science and art: in physics, Feynman said, “we have so many techniques — so many mathematical methods — that we never stop telling the students how to do things. On the other hand, the drawing teacher is afraid to tell you anything. If your lines are very heavy, the teacher can’t say, ‘Your lines are too heavy,’ because some artist has figured out a way of making great pictures using heavy lines.” In that moment, the art student is learning the validity of their choices, their own direction, and innovative results.

Yet part of the reason for our collective ignorance about the critical importance of the arts is because we believe that the innovation in the lab — something we value, and can monetize and quantify — is worlds apart from the experimentation in the studio, on bandstands, or stages of all kinds. A reminder of how far this idea is from the truth sits right in the Oval Office of the White House — Morse’s 1849 telegraph model, on loan from the Smithsonian.

“This is the start of the Internet right here,” Obama told Michael Lewis of Vanity Fair, pointing at the model. Indeed. What I suspect Obama might not have also said was this: Morse invented the telegraph after he spent 26 years in pursuit of his main objective: to be a painter. Morse wanted “to revive the splendor of the fifteenth century; to rival the genius of a Raphael, a Michael Angelo [sic], or a Titian; my ambition is to be enlisted in the constellation of genius now rising in this country.”

Sometime after 1832, in Washington Square — Morse’s lodgings at New York University (then the University of the City of New York) where he was the school’s first painting professor — he nailed the wooden backing of the canvas to a table to hold together the telegraph model. The cogs, clock springs and more were all set into a wooden frame — the abandoned canvas stretcher bars for a painting Morse would never complete.

The art of making offers us a way to develop a kind of agency required for supple, nimble endurance. It lets us shift our frame, like Morse, who stared at a set of canvas stretcher bars for years and one day saw its potential to be an original communication device, and then persisted for decades to realize its full application for the world.

It is no longer possible to care about innovation and continue to fear fostering creativity in young people. Inventions come from those who can view a familiar set of variables from a radical perspective and see new possibilities. Creative practice is one of the most effective teachers of this reframing.

The list of those who have lived out this understanding is endless: Engineer, inventor and entrepreneur Elon Musk wrote the code for a video game he created at age 12; statistician Edward Tufte, who pioneered how to clearly present data through elegant visual design, is also a sculptor; Harvard psychologist Ellen Langer, who pioneered the research on the mind-body connection, spends much of her time painting and exhibiting her work. When Steve Jobs dropped out of Reed College, he chose to focus on calligraphy, a field that he then considered “fascinating” and utterly impractical. “But 10 years later, when we were designing the first Macintosh computer, it all came back to me,” Jobs said. “And we designed it all into the Mac.”

So perhaps it should come as no surprise that physiologist Robert Root-Bernstein of Michigan State University has found that a disproportionately high number of Nobel laureates in the sciences had artistic avocations — their hobbies were painting, composition, sculpture and more. Root-Bernstein found, too, that the energy it took to be a success in science did not lead to a decline in reported time spent with artistic avocations. In other words, scientific and artistic avocational skills were complementary. Talent in one supported talent in the other.

“The creativity that allowed us ... to conceive and build and launch the space shuttle,” NASA astronaut Mae Jemison said, “springs from the same source as the imagination and analysis it took to carve a Bundu statue, or the ingenuity it took to design, choreograph and stage [Alvin Ailey’s] ‘Cry.’ ... That’s what we have to reconcile in our minds, how these things fit together.”

I often regret that I got off of the elevator without saying anything to my panic-stricken neighbor. Within seconds of the exchange, the elevator arrived at my floor. I flashed a smile to the woman, her art-loving son, and daughter as I walked out. I often hope to run into them again. I would ask the mother if I could give her son a paint set.

Sarah Lewis is the author of "THE RISE: Creativity, The Gift of Failure, and the Search for Mastery"