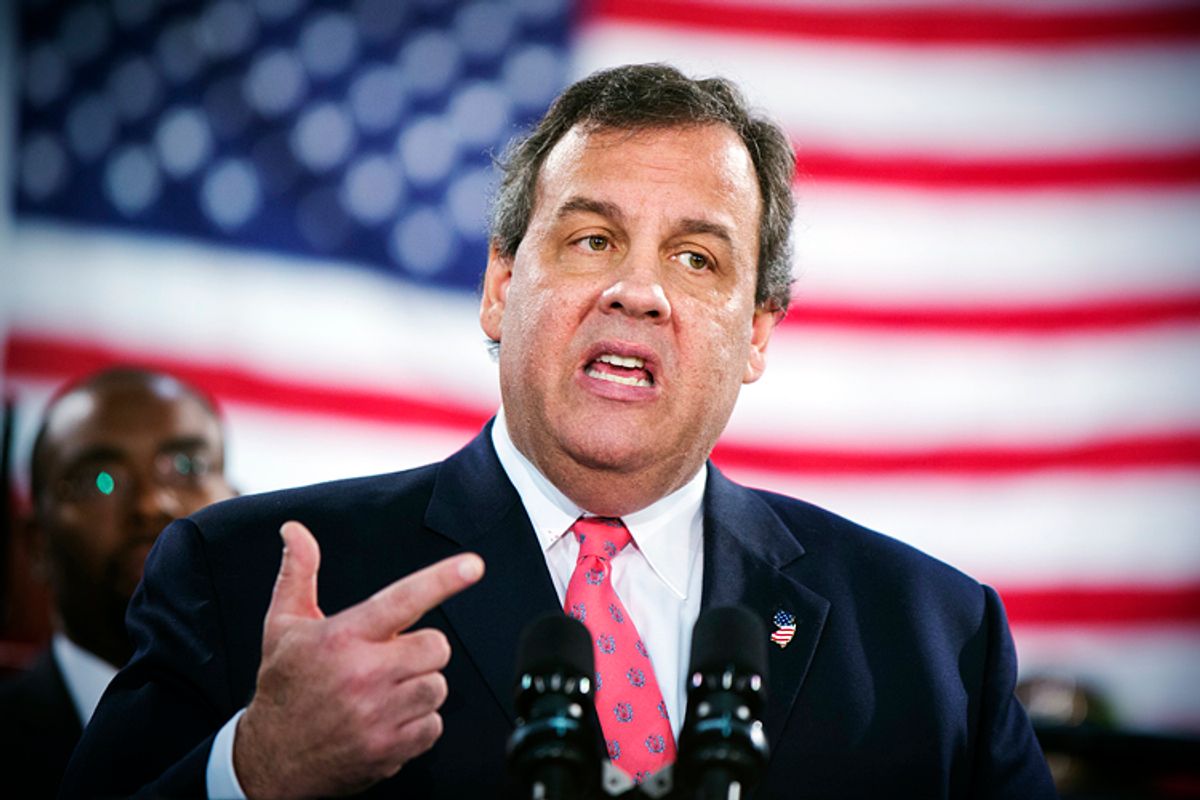 New Jersey Gov. Chris Christie has gone a few weeks now without any new major scandals arising, despite the fact that the state legislature as well as the U.S. attorney are still conducting investigations. New revelations that a longtime Christie confidante and ally is being investigated by the U.S. attorney in the state, however, raise questions over whether Christie's streak of relatively good fortune can possibly hold. And if a handful of new polls, which show the governor sinking and perhaps even underwater already, is any indication, Christie needs all the good luck he can get.

Here's the latest from Christie's world: