Jon Stewart sounds off on Paul Ryan, who argued against food assistance programs at CPAC 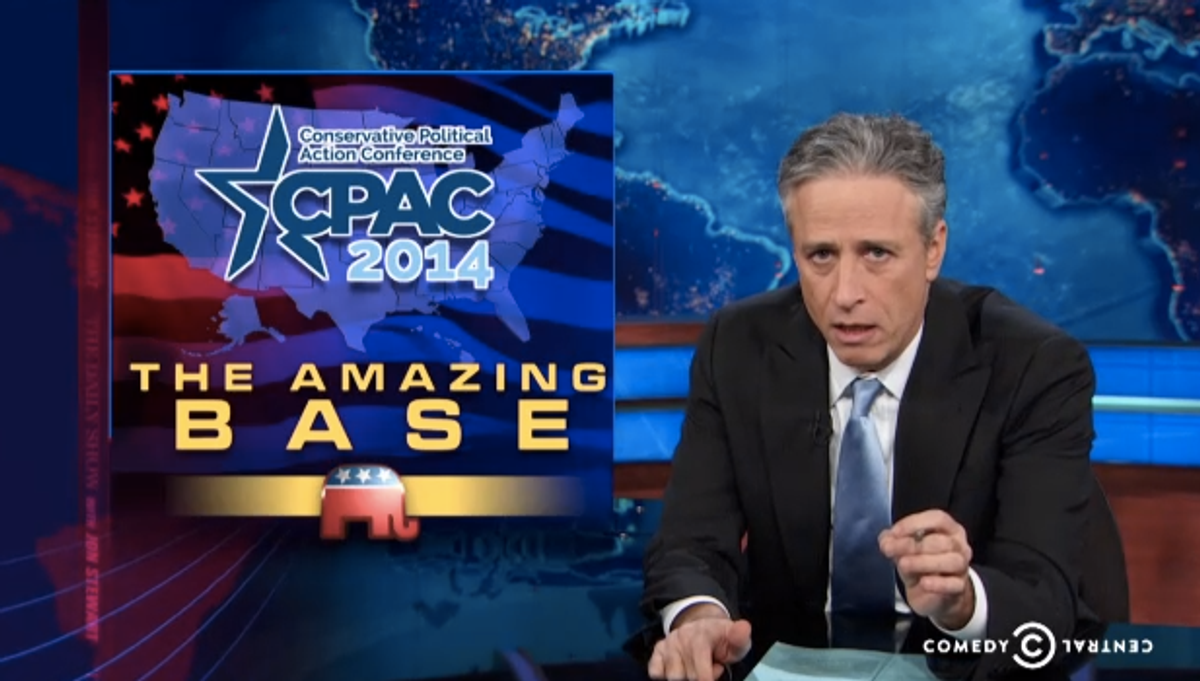 Between the corny jokes, the ’80s rock music, and the fear-mongering and gun-toting wax statute known as Wayne LaPierre, the GOP's CPAC gave "Daily Show" host Jon Stewart plenty of material to mock. One of his favorite subjects, however, was Rep. Paul Ryan, who misrepresented a story about a boy who asked for his lunch in a brown paper bag when arguing against food assistance programs.

"The left is making a big mistake here. What they’re offering people is a full stomach and an empty soul. The American people want more than that. This reminds me of a story I heard from Eloise Anderson. She serves in the cabinet of my buddy, Governor Scott Walker. She once met a young boy from a very poor family, and every day at school, he would get a free lunch from a government program. He told Eloise he didn’t want a free lunch. He wanted his own lunch, one in a brown-paper bag just like the other kids. He wanted one, he said, because he knew a kid with a brown-paper bag had someone who cared for him. This is what the left does not understand.”

"Paul Ryan just told a powerful story about a woman who met a boy who doesn't want food assistance, but some sort of state or local-based soul program," summarized Stewart, before sounding off on him:

"People on food assistance have empty souls," concluded Stewart. "As Jesus once said, 'If you give a man a fish, don't.' Period. End of Bible."