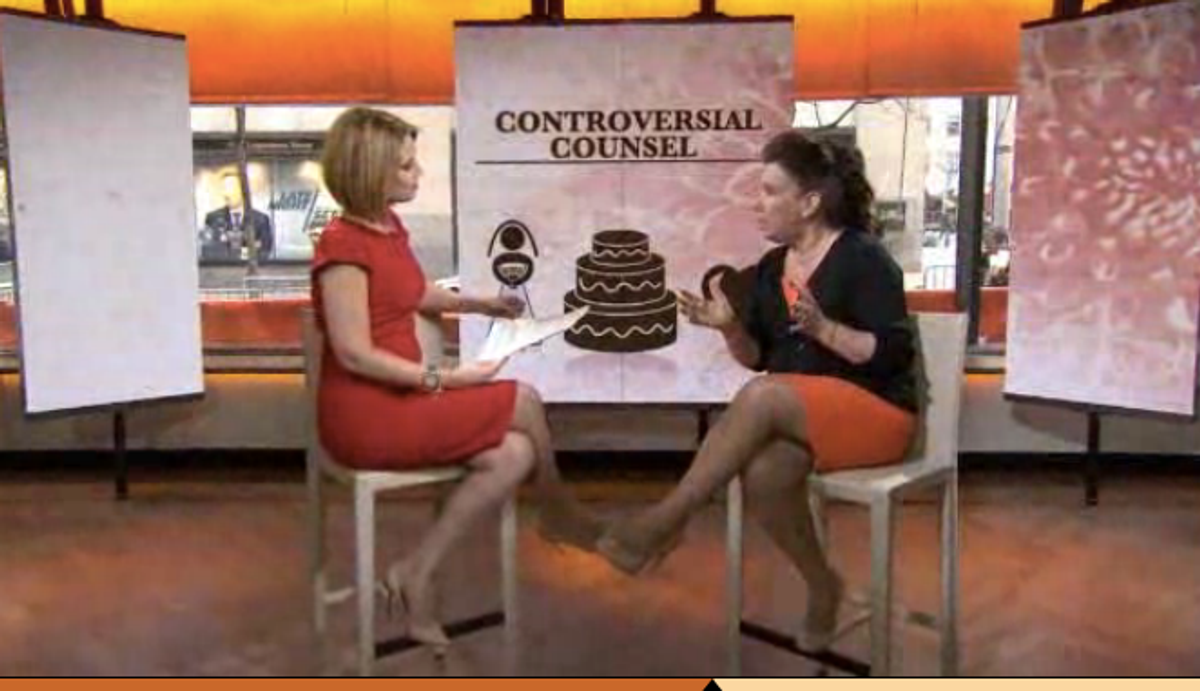 There is no reason to take Susan Patton seriously. While most of what she says -- advising high school students to be image conscious above all else, encouraging straight college women to focus 75 percent of their energies on getting married, and blaming victims of sexual assault for "allowing themselves to be vulnerable" -- is just exaggerated parroting of dominant and destructive cultural norms, she has styled herself as a cartoon mouthpiece for these ideas.

Patton is definitely a public advocate and enthusiast for rape culture and misogyny, but one with an incredibly short shelf life that very few people take seriously. She will make some money from this book, inflict a little pain while she has a platform on morning talk shows, and then, in all likelihood, disappear.

That said, Guthrie's reactions to Patton's antics are kind of priceless. She seems at times frozen in shock at what she is hearing, and, alternatively, trapped in the presence of a particularly bad smell.

It's a little this:

And a little this:

(If you need a palate cleanser, you can read Melissa Harris-Perry talk about gender, sexism, relationships and work here.)