Watch out, "Cosmos"! The Holy Inquisition is not happy with you 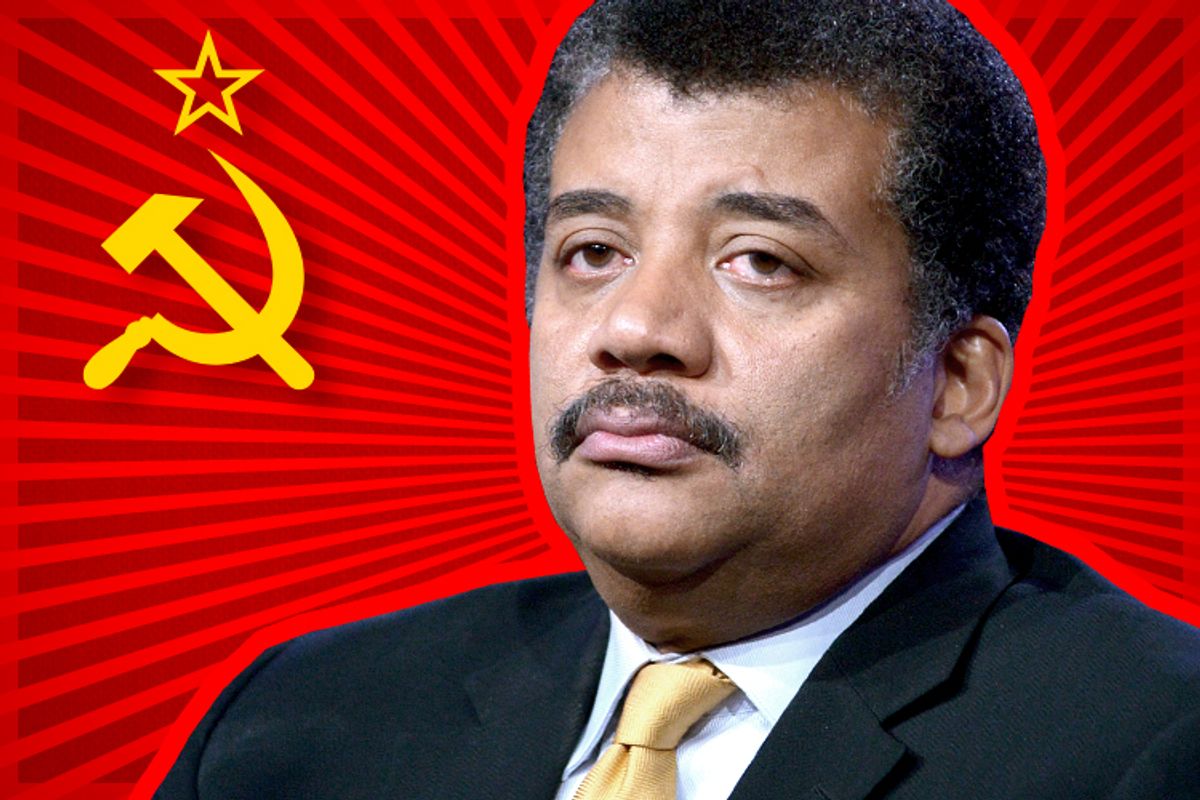 If you are the kind of Christian liable to get upset when scientists deploy their annoying facts to prove crazy stuff like their "theories" that the Earth is older than 6,000 years or that the universe began with a Big Bang, then the resurrection of "Cosmos" must be extremely irritating. First, those damned progressives stopped allowing the Church to burn heretics at the stake; now even Fox is broadcasting "science" documentaries. Truly, to quote the great Erick Erickson, "we do live in a fallen, depraved world destined for the fire."

Some of the poor souls oppressed by Neil deGrasse Tyson's return to the promised land first pioneered by Carl Sagan took to Twitter with their predictable grumblings. My favorite: "Dear #cosmos, the origin of the universe actually is not mysterious. God had Moses write about it in the #Bible. You should read it sometime."

But the folks at Evolution News and Views chose a more sophisticated approach, preferring instead to engage in a convoluted argument about Tyson's decision to focus part of the first episode on the martyred Giordano Bruno. (Hat tip: Steve Silberman).

(Evolution News and Views, incidentally, is published by The Discovery Institute, a vehicle that seems primarily -- although perhaps not so intelligently -- designed to help religious right-wing millionaires fund attacks on the theory of evolution.)

The revisionist "Cosmos" critique concerning Bruno goes like this: He wasn't even really a scientist, and he was burned to death because of his theological heresies and not his belief in Copernican theory, (SO HE DESERVED IT!) and the main reason he showed up on "Cosmos" at all was because he was "the only one with even a passing association with a scientific controversy to be burned at the stake during this period of history."

Maybe it's just me, but reading between the lines of this piece I detected what seemed to be a tinge of regret that unbelievers can no longer be punished for straying from the Gospel with purging fire. Neil Tyson -- watch your back!

The best part: "Cosmos" is labeled "a glossy multi-million-dollar piece of agitprop for scientific materialism" as if that's a bad thing. I mean, I understand why religious zealots might think it's cool to slander a science documentary in language suggesting it's all a Communist plot. (The Big Bang -- brought to you by Stalin and the good ole boys at the KGB.) But if there is one thing that the United States sorely needs right now, it's more effective propaganda in support of facts and the scientific method.

And, of course, it is no accident that Giordano Bruno appeared in the first episode of "Cosmos." Because whether or not Bruno himself was a scientist, there's not a whole lot, besides their relative lack of access to killer barbeque tools, that differentiates the current crop of intelligent design advocates and Texas textbook revisionists and inheritors of the Moral Majority mantle from the shame and terror of the Holy Inquisition.

And all we need to do to see our world descend into a real pit of hellfire is to continue to let the nonsense propagated by The Discovery Institute stand uncontested, while we greenhouse gas ourselves to the boiling point. Kudos to "Cosmos" for calling bullshit.