On the "majesty" of the office of the presidency 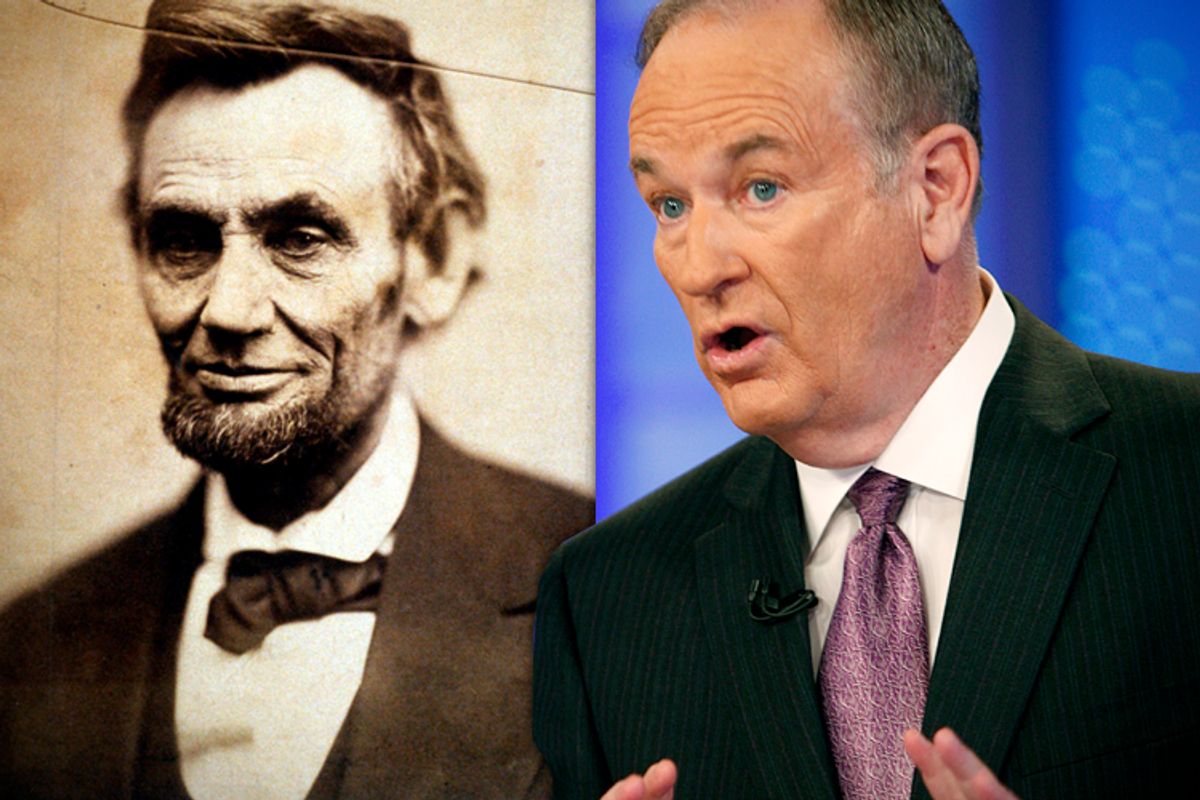 To the great shame of this once-proud nation, President Barack Obama went on a jokeman's joke show and did jokes. All right-thinking Americans -- which is to say, a number of white men above the age of 60 -- were horrified to see the leader of the free world on "Between Two Ferns," the Web-based faux talk show hosted by "Hangover" star and alt-comedian Zach Galifianikis. Whatever happened to the dignity of the office of the presidency?

Serial presidential adviser David Gergen takes it even further: What about the majesty of the office?

Unimaginable that Truman, Ike, JFK, Reagan would appear on Between Two Ferns. They carefully protected majesty of their office.

"Majesty" is an interesting word, considering that it is generally used to refer to European monarchs. It is used because a Holy Roman Emperor thought the term "highness" wasn't, well, majestic enough. Referring to "the majesty" of the office of the presidency is just a really good way to reveal your deeply ingrained antipathy to democracy.

Still, Gergen has a point! It is difficult to imagine legendary dead white men of the pre-Internet age appearing on a streaming video comedy program. I bet none of those guys ever even sent an email! Maybe Gergen is disconcerted because time is an unceasing march into an inevitably unknowable future, and the America of his youth is almost a different country. Or maybe old presidents were just more dignified and majestic than this current one, with his jokes.

There are a few presidents he left off his brief list. Perhaps he remembered Richard Nixon's famous "Laugh-In" cameo. Or the time Bill Clinton, a president Gergen actually worked for, appeared on Arsenio Hall's talk show and played a saxophone while wearing goofy sunglasses. And there was Lyndon Johnson, who was basically an obscenity made animate. Though of the presidents Gergen can't imagine doing this, there was the time Ronald Reagan starred in a film opposite a chimpanzee. (Not to mention the time this happened.) Perhaps Gergen would argue that those men did those undignified things before they assumed the office of the presidency. Once they occupied the Oval Office, all were models of propriety and dignity. Except Clinton, obviously. And I guess Kennedy.

Still, those men did not do undignified public joking! I mean, there was Reagan's hilarious "we begin bombing in five minutes" joke, which sorta freaked out the Soviet armed forces for a few minutes, but that was a very dignified joke because it was directed against commies.

Even Gergen's dudgeon can't compare, in terms of inadvertent ridiculousness, with last night's commentary from Bill O'Reilly, which hinged on the unfalsifiable argument that Abraham Lincoln would not have appeared on "Between Two Ferns." Not just because Abraham Lincoln died (he was shot at the theater, where he was enjoying a comedic farce) a full century before the creation of the world's first computer network, but because Abraham Lincoln understood the weight and seriousness of his office.

“All I can tell you is, Abe Lincoln would not have done it,” said O’Reilly, the author of a best-selling book on Abraham Lincoln that has been widely panned by historians. ”There comes a point when serious times call for serious action,” he continued. “We’re a divided nation which … is in decline.”

The problem with the "Lincoln wouldn't have done this" argument, though, is that Lincoln is just about the worst possible choice of historic presidents to use when you're trying to attack a president for unseriousness. Abraham Lincoln was a notorious jokester. Books were published, during his presidency, purporting to be made up of his comical anecdotes and stories. (Many of the supposed Lincoln jokes were apocryphal, but, equally important, many of them weren't.) Here's one representative Lincoln joke. Here are eight more, including this honest-to-god fart joke:

1. The Farting Carver. (via William Herndon): "Well there was a party once, not far from here, which was composed of ladies and gentlemen. A fine table was set and the people were greatly enjoying themselves. Among the crowd was one of those men who had audacity -- was quick-witted, cheeky and self-possessed -- never off his guard on any occasion. After the men and women had enjoyed themselves by dancing, promenading, flirting, etc., they were told that the table was set. The man of audacity -- quick-witted, self-possessed and equal to all occasions -- was put at the head of the table to carve the turkeys, chickens and pigs. The men and women surrounded the table, and the audacious man being chosen carver whetted his great carving knife with the steel and got down to business & commenced carving the turkey, but he expended too much force & let a fart -- a loud fart so that all the people heard it distinctly. As a matter of course it shocked all terribly. A deep silence reigned. However the audacious man was cool and entirely self-possessed; he was curiously and keenly watched by those who knew him well, they suspecting that he would recover in the end and acquit himself with glory. The man, with a kind of sublime audacity, pulled off his coat, rolled up his sleeves, put his coat deliberately on a chair, spat on his hands, took his position at the head of the table, picked up the carving knife and whetted it again, never cracking a smile nor moving a muscle of his face. It now became a wonder in the minds of all the men and women how the fellow was to get out of his dilemma. He squared himself and said loudly & distinctly: "Now, by God, I'll see if I can't cut up this turkey without farting."

Guess what? Lots of people didn't think it was appropriate for the president to make fart jokes, especially during such serious times. They were a bit embarrassed that the president made fart jokes. New Yorker cartoon editor Bob Mankoff quotes a critic of Lincoln's excessive folksiness:

And that was the case for Lincoln. A journalist covering the Lincoln-Douglas debates commented that “I could not take a real personal liking to the man, owing to an inborn weakness for which he was even then notorious and so remained during his great public career, he was inordinately fond of jokes, anecdotes, and stories.”

His fondness did not diminish after his inauguration as president. For that, he was regularly criticized by commentators, many of whom sound remarkably like those who are offended by Obama's japery today. Take this complaint about Lincoln's unseriousness, which could easily run, unchanged, in a modern Peggy Noonan column without raising an eyebrow:

Not everyone was charmed. Richard Henry Dana, United States attorney for Massachusetts, lamented that Lincoln “does not act or talk or feel like the ruler of a great empire in a great crisis.” What bothered Dana the most was that the president resorted to parables where principles were needed: “He likes rather to talk and tell stories with all sorts of persons who come to him for all sorts of purposes than to give his mind to the noble and manly duties of his great post. It is not difficult to detect that this is the feeling of his cabinet.”

Why did Abraham Lincoln refuse to respect the majesty of the office of the presidency?