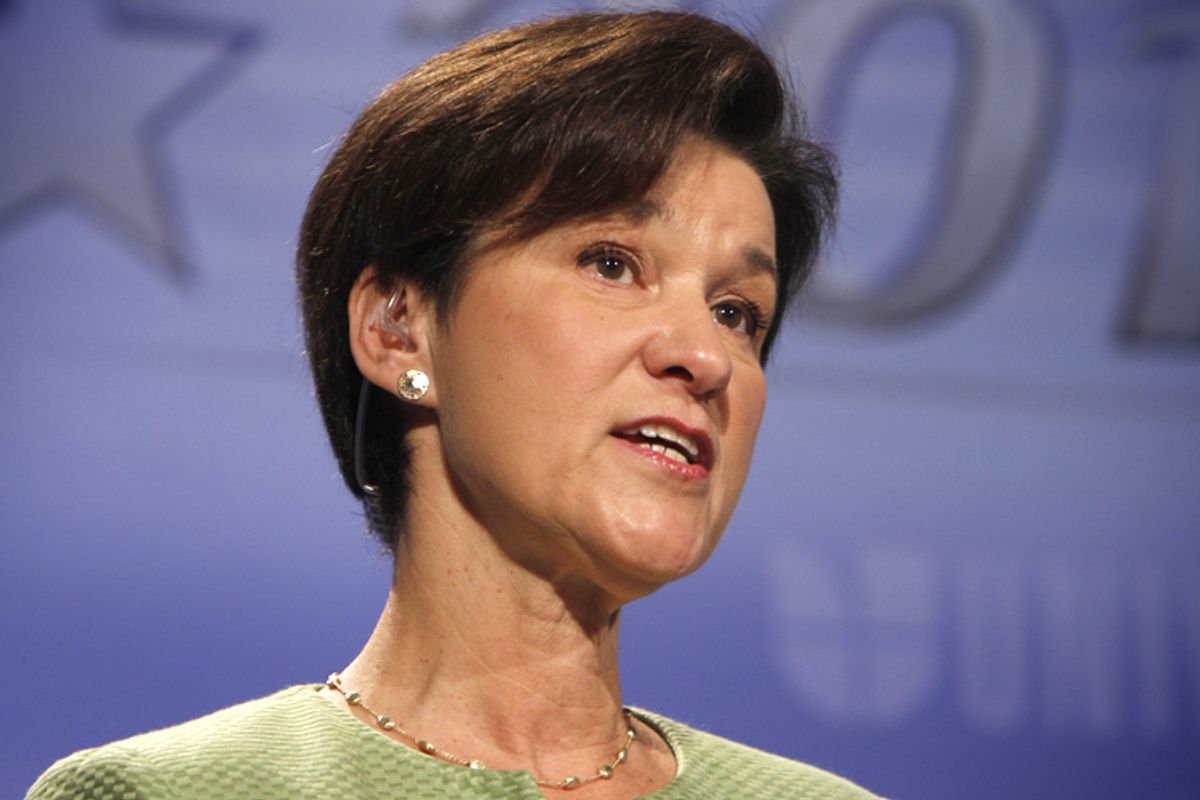 When I proposed that Republicans plan to use their structural advantage this election cycle to claim a mandate to destroy Obamacare, no matter how much or little Obamacare actually helps them in the November Senate elections, I was met with howls of mockery and derision from people who must now pretend to be unaware that there was a Democratic landslide in 2008 -- and that everyone who follows politics seriously has known 2014 would be a rough year for Democrats since Obama's first election.

One of those people is Dan McLaughlan, better known to political twitter as the smart but at times acerbic conservative @baseballcrank.

Over the weekend he wrote this post, which I believe was reprinted on the front page of the conservative site Red State, citing the fact that Obamacare's poll numbers are indeed underwater, to refute my argument that the GOP strategy is to run on Obamacare irrespective of the advantage it confers. They're probably going to win a bunch of seats no matter what they center their campaign around, so why not center it around the issue on which they hope to make the biggest imprint in 2015 and beyond?

His response isn't entirely a non sequitur -- I should've been more clear about the fact that Obamacare isn't shaping up to be some major Democratic asset. So it's not as if Republicans have no other political rationale for making the strategic choice they've made. I think a fair way to put it is that running against Obamacare is better than running on nothing at all, but that's actually a binary choice they've made for themselves this cycle.

However, if conservatives are being honest, they need to first acknowledge that -- all issues aside -- the 2014 map is vastly friendlier to Republicans than Democrats, and argue from there. Do they really think that absent Obamacare, Democrats would be sitting pretty? Or that a better rollout would've changed the map? Do they think Obamacare will be the difference between zero (or a couple) Senate pickups and the six or more they need to control the Senate? It's entirely feasible to me that Republicans will retake the Senate in 2014, and even that Obamacare might account for the margin. But I have yet to hear many reasoned arguments for any of those individual propositions on the right. All I hear are fundamentally dishonest arguments that wish the structural advantage out of existence.

And given last night's special election results in Florida's 13th district, I don't expect that to change any time soon.

The short version is that Republicans ran hard against Obamacare in this district and won. Dave Jolly beat Alex Sink 48.5-46.7. At an extremely simplistic level Jolly's victory vindicates the anti-Obamacare campaign, because he ran against Obamacare and won. It's also bad news for Democrats because though it doesn't prove Obamacare's a big liability (and it may in fact be one), it's consistent with the idea.

At a more nuanced level, of course, the picture's much less clear, and though it would be unwise of Democrats to convince themselves that the Republican strategy has been entirely vindicated and start freaking out, they should be clear-eyed about the implications, which are very hard to identify, and would've been hard to identify even if Sink had won narrowly.

Looking at this race in isolation, you have to disentangle a bunch of connected factors to suss out how much impact Obamacare had. First, start from the fact that this historically GOP-leaning district went very narrowly for Obama in November 2012. Then correct for the fact that the special election took place in March 2014, no Obama on the ticket, and Obamacare central to the GOP campaign. But then recorrect for the fact that a talented Libertarian candidate in this elderly district probably siphoned more votes away from Sink than from Jolly (though that's unclear as well). Add in subjective candidate quality critiques, fundraising, counterfactuals and so on and so on, and it's suddenly extremely difficult to say how much narrower Sink's defeat would have been were it not for Obamacare -- or if Obamacare was truly decisive.

Isolating an "Obamacare effect" is pretty complex, and anyone claiming today that the Obamacare effect was huge or obviously decisive is probably peddling snake oil.

But still, I'm persuadable that such an effect exists. And even if the "Obamacare effect" was only 1 percent in FL-13 -- that is, Sink would've lost anyhow, but by a smaller margin -- that's a fairly ominous snapshot for vulnerable Democratic senators who are defending their seats in states Obama lost by wide margins, not just states he won narrowly. A 1-percent effect in FL-13 might be amplified in more conservative parts of the country and translate into a significantly larger effect in states like Arkansas and Louisiana.

But Arkansas, Louisiana and every other contested Senate election isn't happening in March. It's not sufficient to note that Republicans gave their Obamacare strategy a test drive in FL-13 without noting that they did it during the rollout of Obamacare, which has been disruptive and at times downright embarrassing. I know conservatives like to believe they can play this one-note symphony for eight straight months, all the way to a resounding November crescendo, but there's little evidence that this issue is paying off significantly for Republicans now, let alone that it will prove so durable. And even if it paid off measurably in March, it could still fall apart as frustration with the rollout and cancellations subsides, and Republicans begin grappling with what to do about constituents who are enjoying new benefits.

Maybe that's totally wrong. Maybe Sink owes her defeat to a number of factors including Obamacare, and that particular factor will map neatly onto all races, spelling big, big trouble for Democrats in redder states and districts.

But the folks positioning themselves to claim an anti-ACA mandate in November likewise ought to reckon with the possibility that the "Obamacare effect" isn't as large as they'd hoped, could shrink, and won't necessarily be decisive even in seats that Democrats lose narrowly. That the pendulum's swinging back from 2008, and Obamacare's possibly nudging it a bit -- but nudges don't constitute mandates.

I'm not holding my breath, though.