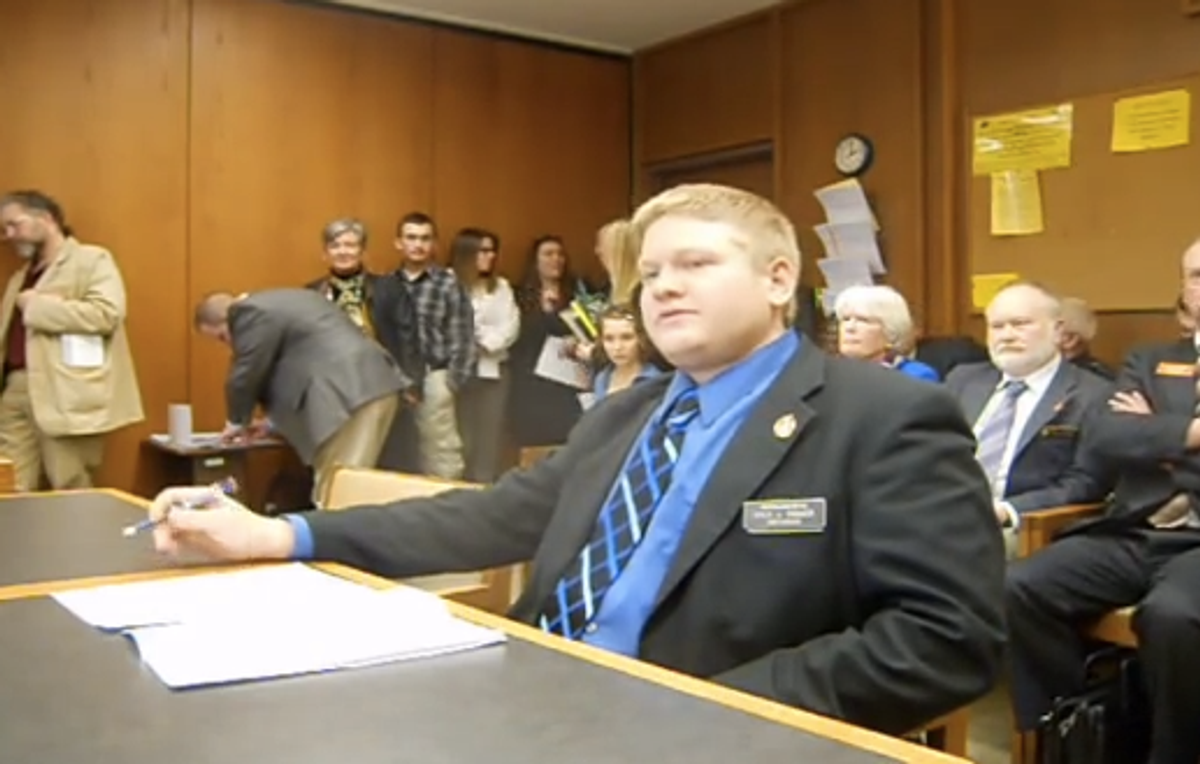 In February of last year, New Hampshire state Rep. Mark Warden commented during a hearing on a measure that would have impacted the state's domestic violence laws that, "Some people could make the argument that a lot of people like being in abusive relationships."

Warden's comment was denounced by the New Hampshire GOP, which prompted fellow Republican state Rep. Kyle Tasker to jump to his defense on Facebook.

In order to "defend" Warden, Tasker posted an image of two figures meant to be engaging in oral sex with the caption, “50,000 battered women and I still eat mine plain.” Tasker added the note, "This one's for you Mark Warden."

Someone else on the thread called the post "grossly inappropriate," to which Tasker responded, "Nah. I ran it by the [domestic violence] lobbyist she laughed. Now if we went around wearing the T-shirt that wouldn’t go over well."

As Amanda Terkel at the Huffington Post notes, the post is no longer up, but a screenshot of the original thread was provided by New Hampshire blogger William Tucker.

What's equally bizarre (and revealing of how some conservatives think) is the thread from the Greater Nashua Tea Party where Tasker left his comment. The post criticized the New Hampshire GOP for condemning Warden's comments, and suggested that believing victims of domestic violence "like being in abusive relationships" is a less serious offense than Republicans voting for the Medicaid expansion and to allow undocumented immigrants to pay in-state tuition for college. The post suggested that the New Hampshire GOP needed to make a comment denouncing those votes as "violations" of the party platform.