The "Game of Thrones" mixtape: nothing new under the Westeros sun

HBO's "Catch the Throne" mixtape doesn't break any barriers, but it does introduce some possibilities. 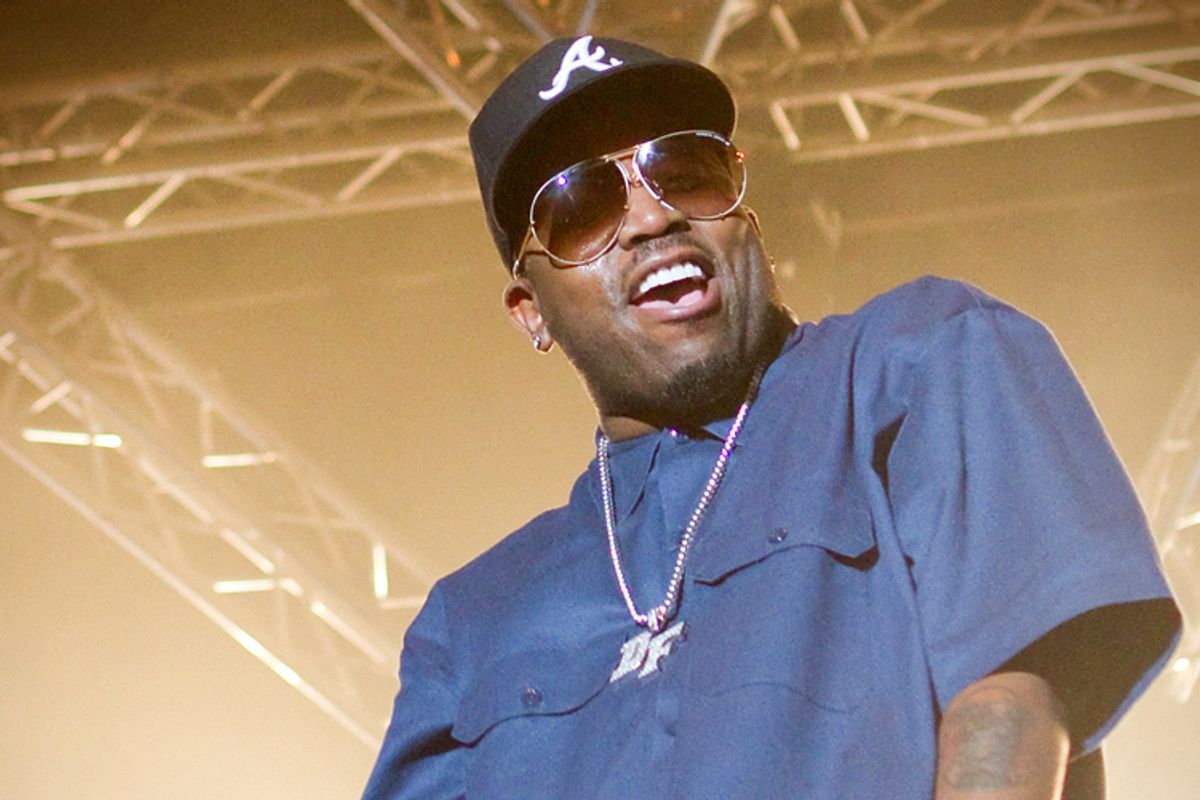 Years ago, in the halls of a different magazine, I found myself once again loudly lamenting the lack of topical range found in most of rap music. By way of example, I turned to my nearest victim and said something like, “How come rappers never write songs about, I dunno, dragons?” My colleague looked at me like I was absolutely insane, and thus I considered my point proven pretty much beyond reproach: Hip-hop often suffers from low expectations, confined by an inexplicably stringent set of unspoken rules regarding subject matter: violence, bravado, materialism, sexual prowess, sure – but never dragons!

Last week, HBO released a mixtape to promote the return of its hit sword-and-sorcery series “Game of Thrones,” and – what do you know? – the very first song in the tracklisting is “Mother of Dragons,” by Outkast’s Big Boi. The compilation, which features known and lesser known emcees rapping over tracks fashioned from the show’s original music, is an attempt by the cable network to acknowledge and engage a particular section of its audience. An official statement from HBO’s senior vice president of multicultural marketing reads, “The mixtape provided a fun and creative way for us to reach a young, urban, multicultural part of the ‘Game of Thrones’ fan base.” In other words, somewhere on a white board at HBO is a winning venn diagram illustrating the intersection of geek and street.

Truthfully, “Catch the Throne” – obviously a play on Jay-Z and Kanye West’s massively profitable “Watch the Throne” – doesn’t much expand upon the existing lexicon of hip-hop music other than by introducing a few scattered references to swords and the aforementioned mythical, flying reptiles. “Game of Thrones” is, after all, a show about warring tribes vying for power and wealth via treachery, sex, violence, and deception. All of these are themes easily identifiable in plenty of hip-hop – and most narrative storytelling, for that matter. (Only one of the artists on the mixtape attempts to adhere to the actual GoT narrative, rapping from the perspective of Arya Stark. It’s a valiant but clunky effort.)

As a self-professed diehard fan of hip-hop with admittedly particular tastes, I’m not going to speak to the quality of the music on “Catch the Thrones.” The best thing about the arrival of this mixtape is that it opens up some possibilities: If rappers can adapt fantasy and science fiction from source material and incorporate it into their format, who’s to say they won’t soon be writing lyrics from a wholly fantastic slant rather than sticking so closely to the traditionally accepted range of topics and emotions. (This, of course, happens pretty often in the fringe recesses of independent music. But it’s not usually sanctioned and sponsored by HBO – Adult Swim, at best.)

Next up, the "Veep" mixtape featuring a Public Enemy reunion. One can dream.