Conservatives' backward view of liberty: Why they're so stubborn about discrimination

The right sees threats to religious freedom because they want to preserve the past. But we don't live there anymore 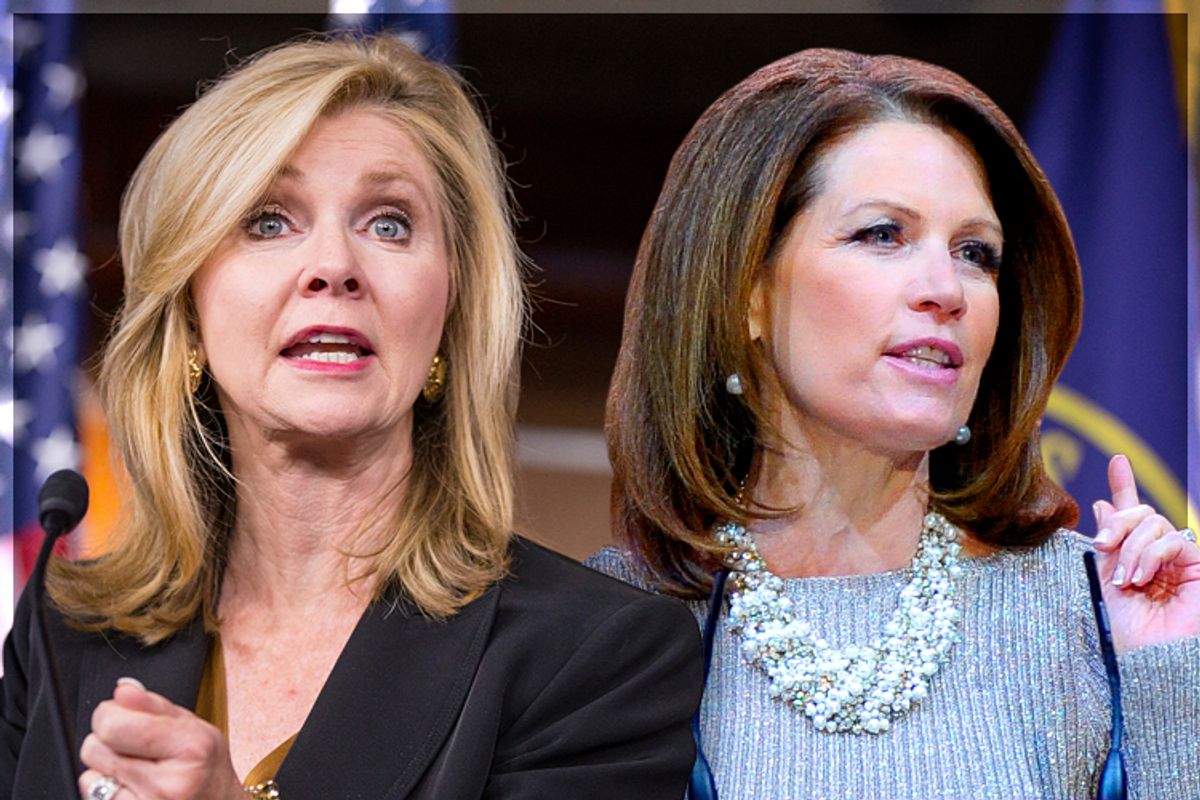 Let's pretend you've just happened upon a previously undiscovered island and decided you're going to found a new country. You've grown tired of the U.S. for one reason or another (the war on drugs, or Delaware or whatever) and have decided it's time to start from scratch. Your new nation will be built upon many familiar principles, including freedom of speech and religion and equal protection, and you welcome your former countrymen from all across America (except for Delaware) to become citizens of your new land. You invite members of all faiths to stand up houses of worship, and assure them that the state will have no say over religious teaching.

"OK," note a few curious parties, "but we can't thrive institutionally unless we exist as more than just churches and synagogues. We need to be able to operate our own hospitals and schools, and effectively need government subsidy to do so because without it, the institutions won't be as robust as we believe they need to be if they're going to be sustainable."

That sounds reasonable, you decide; "just so long as generally speaking you're complying with the laws of the land we can grant you those privileges."

"Hold it right there," objects one priest, "because we won't be ordaining any females and we won't be performing any same-sex marriage ceremonies in our churches!"

After thinking it over for a while, you decide you're OK with that. These are liturgical matters, which are none of your business anyhow and, besides, devout Catholic women won't want to be priests any more than devout Catholic men will want to marry each other in Catholic churches, so in a way the issues will police themselves.

So, what about a Catholic baker? Will he have to bake a cake for a gay wedding? Or a Catholic photographer? Will she be compelled to provide her services at a ceremony she objects to on religious grounds?

This is a tougher question, but you ultimately decide that free speech, not freedom of religion, is the principle at stake here. You despise Nazis, for instance, but it wouldn't really be a free society if you declared it illegal to bake swastika-shaped cakes or photograph white supremacist rallies, or generally compelled people to participate in events they don't support. So you acknowledge that these are protected forms of speech and assembly and agree that the state has no say over whether individuals decide to participate in them.

"Well, OK," the priest goes on, "but we also want institutional rights in this arena. If we find out that a Catholic hospital lab tech is living with another man, we want to be able to fire him, and if one of our congregants owns a commercial bakery, we want him to be able to institute a No Baking For Gay Spouses rule that applies to all employees, who also must refuse to sell gay couples pre-baked wedding cakes. And we want other religious employers to enjoy similar rights. Or at least we want them to have a strong defense for actions like these in court."

"That goes too far," you say. "Now you're drawing me, the head of state, into complicity with systemic discrimination. I have to draw the line there."

But look, that sign there says "No Shoes, No Shirt, No Service," and that other store refuses to serve bigots!

And it's true, you've decided that the state has a compelling interest in protecting LGBT people from discrimination that doesn't extend to Klansmen or people who go shirtless. You will use state power to remove a Klansman from the store if he won't leave voluntarily, and simultaneously use state power to make sure you serve the same-sex couple. And there's no contradiction here. Store owners need to have a great deal of control over their properties -- otherwise they won't be able to run their businesses -- but they can't have complete control, or else you'll be compelled to enforce broadly discriminatory rules, and you won't do that. So you let democratic institutions dictate where to draw the line.

Maybe you and the priest part ways at this point, but it would be crazy after all you'd agree to for him to turn around and scream, "What about pluralism!?"

I don't think many conservative supporters of SB 1062 would call you anti-pluralistic. But if that's the case, then they have a contradiction on their hands. Because all we've done here is shown that Arizona's SB 1062 wasn't the proper way to codify pluralism, but an act of subterfuge instead.

We're not starting from scratch in the U.S. obviously. And if you're a conservative Christian looking backward at the things society used to tolerate as expressions of religious freedom, it might seem like the state and secular society are just shredding liberties indiscriminately.

In a piece I managed to miss last week (despite being mentioned in it), New York Times columnist Ross Douthat clarified his view on this very question. "I quite agree with Beutler that social pressure on religion is not the same as state pressure, and that the religious response to social change can’t be to invoke the First Amendment and cry 'discrimination,'" he wrote. "But the issues in play right now are legal and political as well as cultural, and on the policy front liberalism shouldn’t be in the business of scare-quoting 'religious freedom' in cases where existing religious liberties are actually being put up for debate." (emphasis mine)

As an aside, let me first offer an apology to Douthat. In the referenced article, I misinterpreted his sentiments about the shrinking extent to which the U.S. government, and American society in general, are willing to countenance religious objections to various laws and norms, particularly as they pertain to gay equality. For a couple of weeks now, he and other religious conservatives have been grappling with the implications of that trend and some of them claim to believe liberals have muffled their pluralistic impulses, and that the country is possibly headed for an era of genuine anti-Christian persecution. I mistakenly read him to be quietly supportive of that notion, and he says that's not so.

But even if he doesn't believe we're headed toward a secular inquisition, his above comments do suggest that he definitely sees threats to existing religious liberties, or perhaps believes some have already been extinguished. Putting myself in his shoes, I understand why.

And yet all that proves, I think, is that there's no neutral basis for adjudicating competing liberties without reference to the society we live in today, or aspire to live in someday. That's actually the reason this debate is so frustrating and fascinating and endless.

But the debate shapes up differently when you define the accepted rights we share looking forward, rather than looking backward. And therein lies the key to understanding a great deal about cultural friction in America, including why liberals objected so strenuously to SB 1062 and other state initiatives designed to shield religious conservatives from anti-discrimination laws.