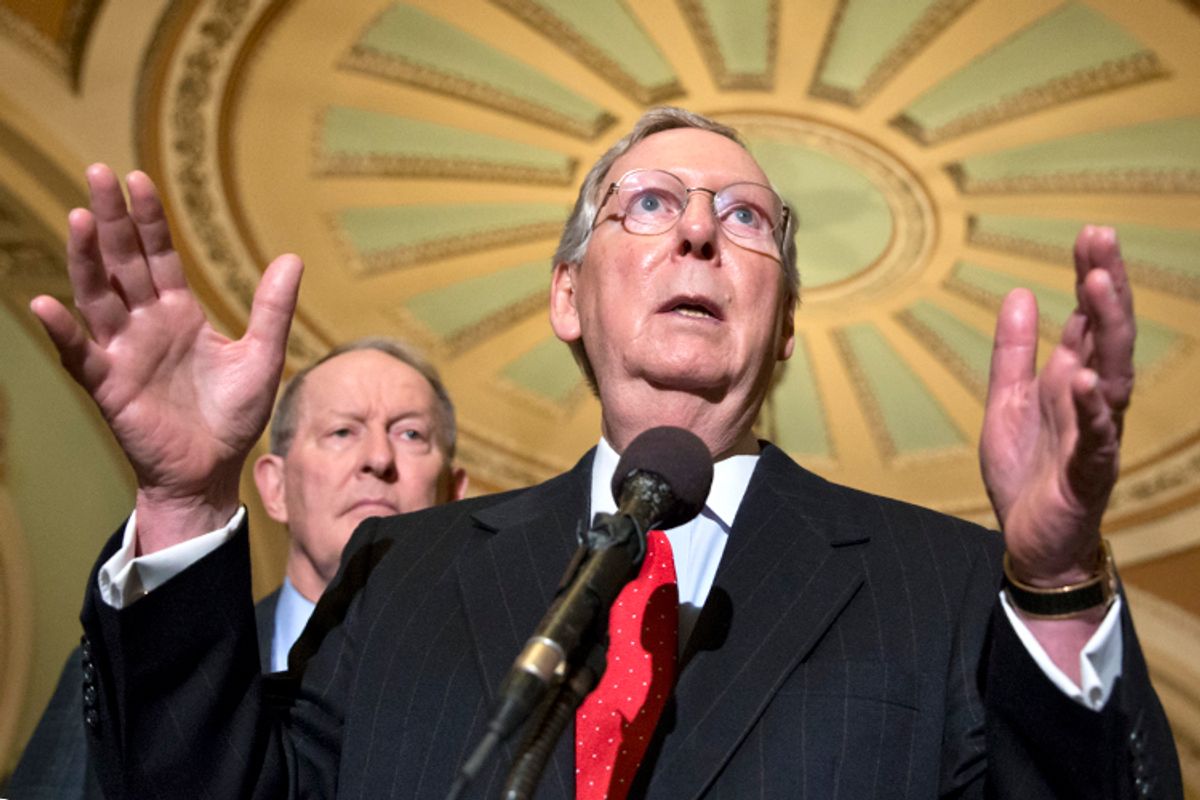 A bit of background: On Wednesday, Senate Minority Leader Mitch McConnell's campaign team released a long Web ad that consisted of little more than awkward pictures of the Kentucky senator smiling at the camera, shaking voters' hands, and just generally politicking around the Bluegrass State. There was no narration, just a weirdly bombastic soundtrack that made a 72-year-old conservative Republican writing on a legal pad seem no less dramatic than storming the beaches of Normandy on D-Day. All of which is to say, it was a pretty funny ad.

National Journal put forward an explanation for why Team McConnell would release such a silly piece of agitprop; short version: so pro-McConnell PACs could use the footage for their own ads without technically coordinating with the official campaign  — but we believe there is a better, more cosmic reason for this latest development in Kentucky politics. You see, the real reason McConnell and company unleashed these strange two minutes' worth of video was so their Tea Party opponent, businessman Matt Bevin, could go one step further and put out a parody ad that is, if anything, even more ridiculous.

And that's just what he did!

While Bevin's new ad is in many respects indistinguishable from McConnell's latest, the Tea Partyer's campaign team helpfully provided a sur-title treatment that runs throughout, providing viewers with the inside scoop on what McConnell is really thinking from one moment to the next. Turns out what McConnell's really thinking while on the campaign trail is how much he wishes he could punch everyone he meets in the face.

You can check out Team Bevin's remarkable ability to mind-read its opponent below: