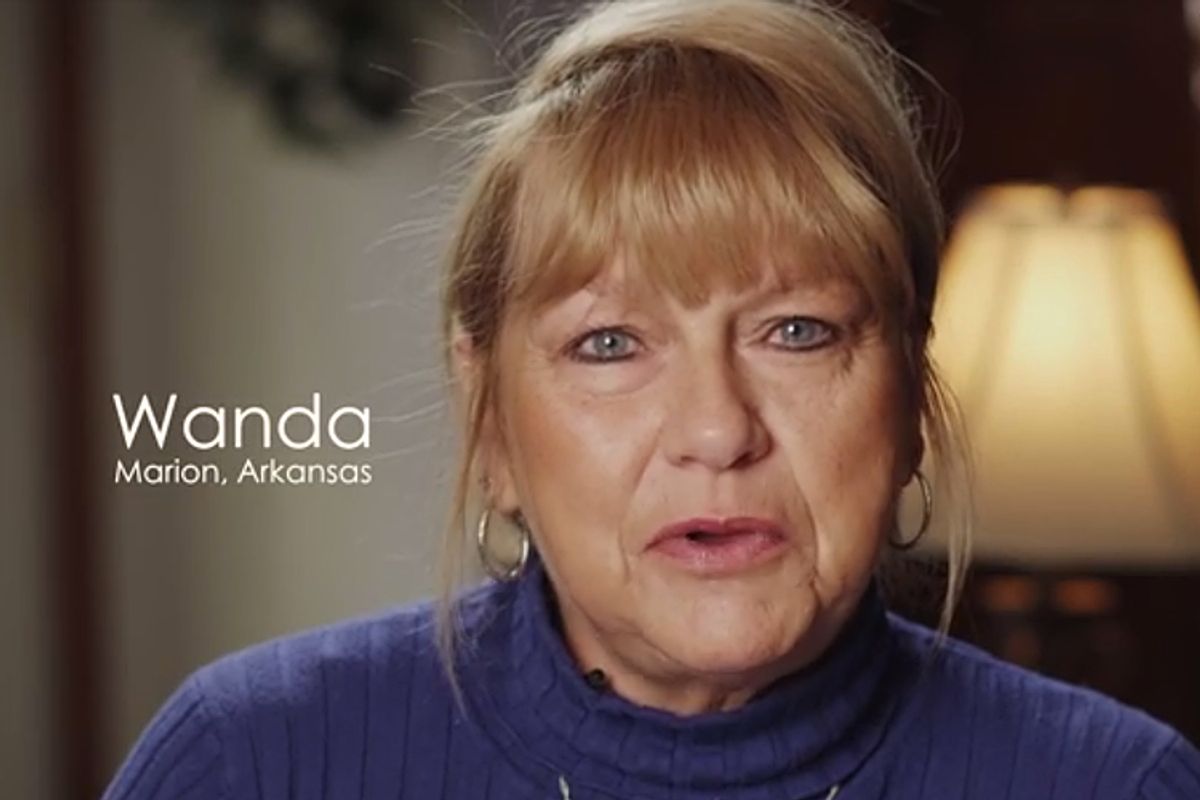 I don't know if this reflects a new strategy aimed at avoiding more public debunkings, but the most notable thing about Americans for Prosperity's most recent anti-Obamacare ad attacking Sen. Mark Pryor, D-Ark., is that it doesn't say anything about the parade of horribles that awaits new beneficiaries. It's confined instead to blaming its target for the wave of cancellation notices insurance companies sent out last year as the result of the Affordable Care Act.

It's a clever move in that it closes off avenues of inquiry. The woman in the ad isn't complaining about her new plan or claiming to be worse off now or making any other potentially falsifiable claims.

But it still evinces AFP's incredible chutzpah. The Koch-backed group has been more relentless in its efforts to block the Affordable Care Act's Medicaid expansion than just about any advocacy organization. And in Arkansas, where this ad is on the air, the group pushed hard for the state to reverse its Medicaid expansion, which would have canceled coverage for the 100,000 people who had already signed up in the state.

But they're not on the ballot, so they can get away with it.

Update: As David Ramsey of Arkansas Times explains, it turns out the ad is dishonest by omission.