Sunday night, the kids are not quite alright

"Believe's" Bo and "Resurrection's" Jacob are the two new creepy kids on the block. 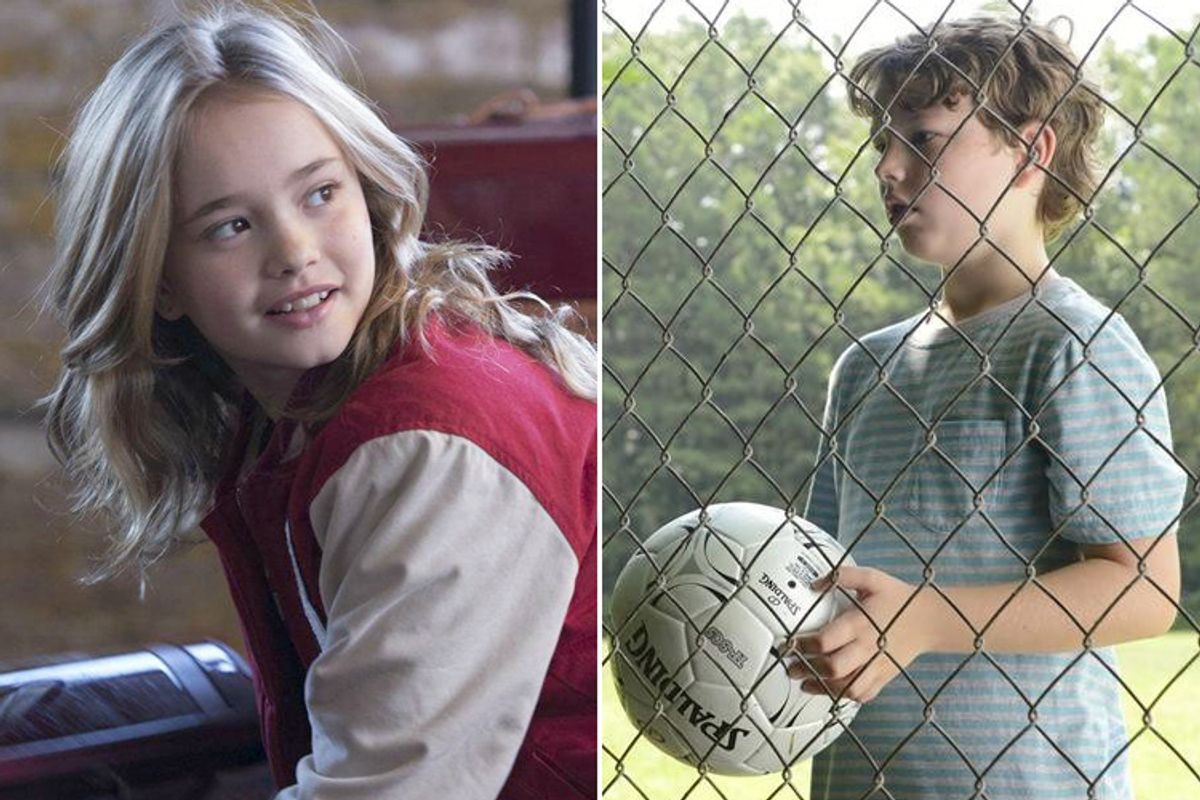 “The Walking Dead’s” baby-faced gunslinger Carl is still, hands down, the most disturbing kid on Sunday night primetime television.  But now he’s got competition. Last week, he was joined by Jacob (Landon Gimenez) of ABC's “Resurrection," a presumed deceased eight-year-old with some ‘splainin’ to do. And this weekend, NBC’s “Believe,” which also premiered last week, moves to its permanent slot on Sunday nights. “Believe’s” ten-year-old Bo (Johnny Sequoyah) eradicates all existing definitions of the word wunderkind, having already exhibited telepathy, telekinesis, and acute, superhuman adorableness. Jacob, an underachiever by comparison, is actually a pretty normal boy except for the fact that he has stayed out thirty-two years past his curfew and hasn’t aged a bit since the day he died.

As “Walking Dead” fans know all too well, Carl came up hard. His family was more broken then most even before circumstance forced him to kill his own mother. Since then, he has matured rapidly, becoming an aggressor in an aggressive world. These two noobs, on the other hand, are more traditionally childlike. Bo, despite being a cherubic Jean Gray in training, is too sweet, trusting, and hopeful to survive on her own without protection. Unfortunately, her protectors don’t seem to fair too well either. In the pilot, her parents get brutally Steven Seagal-ed by the most unlikely of action stars – no, not Steven Seagal. Sienna Guillory is thoroughly unconvincing as Kyle Maclachlan’s high-kicking henchwoman. Watching her fight it out with co-star Jake McLaughlin is like watching fully-clothed underwear models do capoeira.

“Believe,” created by Alfonso Cuaron and executive produced by J.J. Abrams, comes across as a mostly heartwarming story of good versus evil. Very bad guys are after Bo for her abilities. But under the right guardianship and nurturing she will use her powers – unwittingly, at first – only to help those struggling individuals she comes across as she tries to evade capture. Already, the little girl’s most advanced talent seems to be identifying the good in people – and that includes her long-lost father with whom she is reunited in the very first episode. (She doesn’t know it yet.)

It is, however, 2014 and we’ve grown used to Sunday evenings with edge. This is the era of “Sopranos,” “Breaking Bad,” “Walking Dead,” “True Detective” – stuff to make the sleep before the workweek uneasy. Even the brand new, educational “Cosmos” courts controversy with its unabashedly atheistic bent. For all its earnest reliance on a narrative axis we all understand – or perhaps because of it – “Believe” feels, ironically, uninspired.

Jacob is more genuinely an innocent than Bo. He wakes up halfway around the world in a foreign country more than three decades after his last living memory and all he wants to do is come home and play. The mysteries of the universe may turn on his reappearance, but he’s just worried he might be too “sick” to go outside. Jacob’s youthful steadiness is a great fulcrum for a show that revels in eeriness and uncertainty. “Resurrection” debuted with two episodes, but little is revealed in either. And when questions are answered – ‘Yes, the DNA is a match. Those are his parents’ – more are raised. The dead are returning to life, but even though they can speak – unlike traditional zombies – none can account for their whereabouts or their relative health and wellbeing. I say relative because, as was learned in the second episode after another dead resident of Jacob’s small town resurfaced, even the conditions of their miraculous resurrections don’t particularly match up.

When Jacob is reunited with mom and dad, it is, naturally, all sweetness, light, and awe. Soon enough, darkness sets in. The child brings with him secrets that disturb his family’s relative piece. Other children shun him. His own father has trouble coping. His now-grown best friend starts to question his faith – and he’s a priest! I appreciate the cynicism inherent in all this. As a cynic, I won’t presume that the questions laid out by “Resurrection” will have satisfactory answers two hundred episodes down the line. We have, after all, been burnt before (Looking at you, Mr. Abrams).  But as I am not remotely confident that I know where this is going, I’m content to stick around and see who else comes back from the dead.