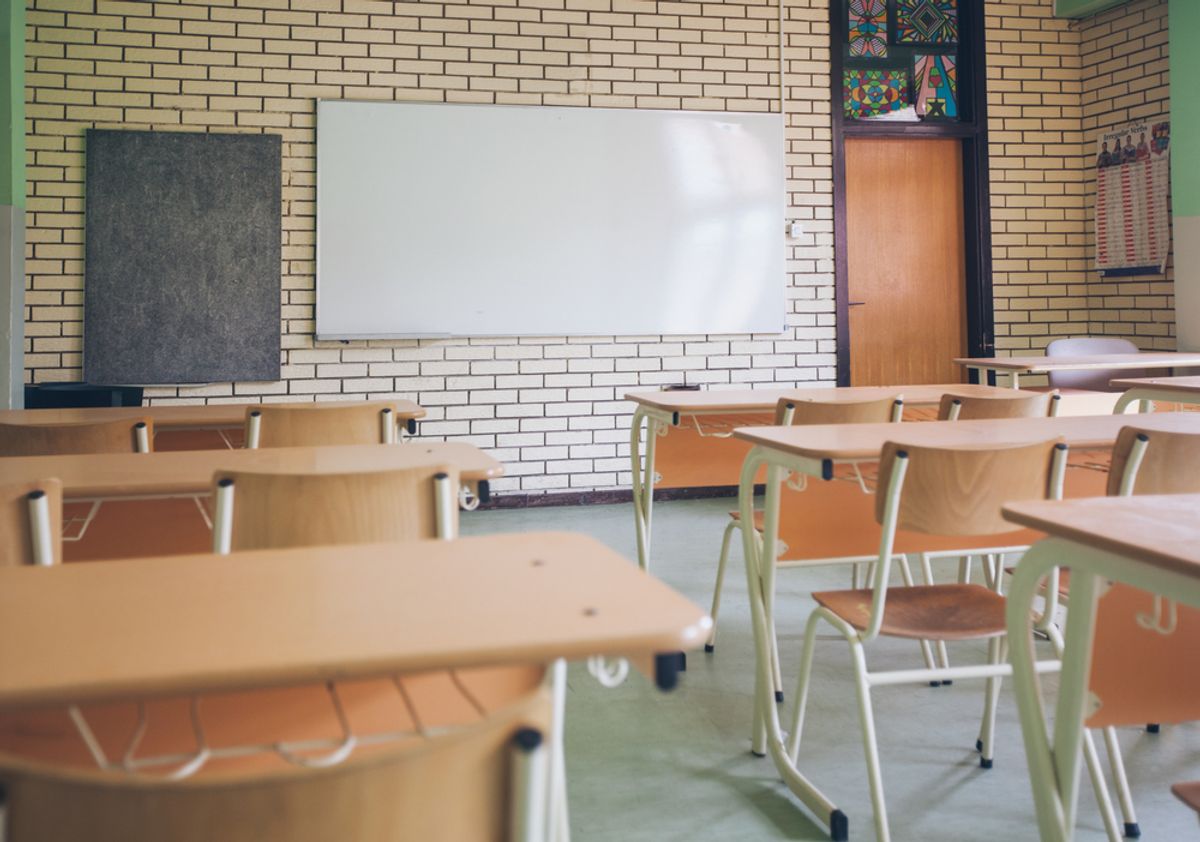 Last week, Wyoming succeeding in blocking public school students from learning about science -- or at least the science that state politicians and the fossil fuel industry don't believe in. Gov. Matt Mead (R) approved a budget amendment that prevents the state from implementing the Next Generation Science Standards (NGSS), a multistate effort to combat ignorance and promote interest in science, so that more students might choose to pursue it in college. A big reason for doing so, right-wing groups made clear, was the standards' treatment of climate change and evolution as fact.

Now The Wyoming Tribune has much more on precisely why politicians want to keep modern science out of the classroom (spoiler alert: it's the fossil fuel industry):

"[The standards] handle global warming as settled science," said Rep. Matt Teeters, a Republican from Lingle who was one of the footnote's authors. "There's all kind of social implications involved in that that I don't think would be good for Wyoming."

Teeters said teaching global warming as fact would wreck Wyoming's economy, as the state is the nation's largest energy exporter, and cause other unwanted political ramifications.

Micheli, the state board of education chairman, agreed.

"I don't accept, personally, that [climate change] is a fact," Micheli said. "[The standards are] very prejudiced in my opinion against fossil-fuel development."

Lisa Hoyos, Director and co-founder of Climate Parents, which advocates nationally for adoption of NGSS, puts it somewhat differently: “Wyoming’s economy is so tied to the fossil fuel economy, from state revenues to political contributions, that the governor and legislators are actively trying to prevent kids from learning the accepted scientific facts about the impacts on our climate,” she said in a statement. “Kids deserve access to a 21st-century science education that includes a foundation in climate science that will help them navigate the changing realities of the world they’re growing up in.”

Over at Slate, Phil Plait says everything that needed to be said about such foolishness:

It’s astonishing to me that so many people are trying so hard to stop reality. Perhaps what’s worse is that I’m getting used to it. I’ve been clear over and again that I have some agreement with some overall Republican ideas (like having a government be no bigger than needed, for example) but the modern GOP establishment has grossly overreached many of its asserted planks and has become a parody of its former self. Republican lawmakers claim they want the government to stop legislating our lives, and then they spend every day legislating our lives. And now they want to legislate reality itself. They can try, but the thing about reality is, it’s real. The planet is heating up, and it will continue to do so whether or not we sign bills into law that force us to stick our heads in the sand.

Science itself has many laws, but it doesn’t give a damn about ours.

And in the wise words of Neil deGrasse Tyson: “Those who think they can cherry-pick science simply don’t understand how science works."