It's fracking's 65th birthday, and Big Oil made it a birthday card

The American Petroleum Institute celebrates fracking while glossing over its dangers 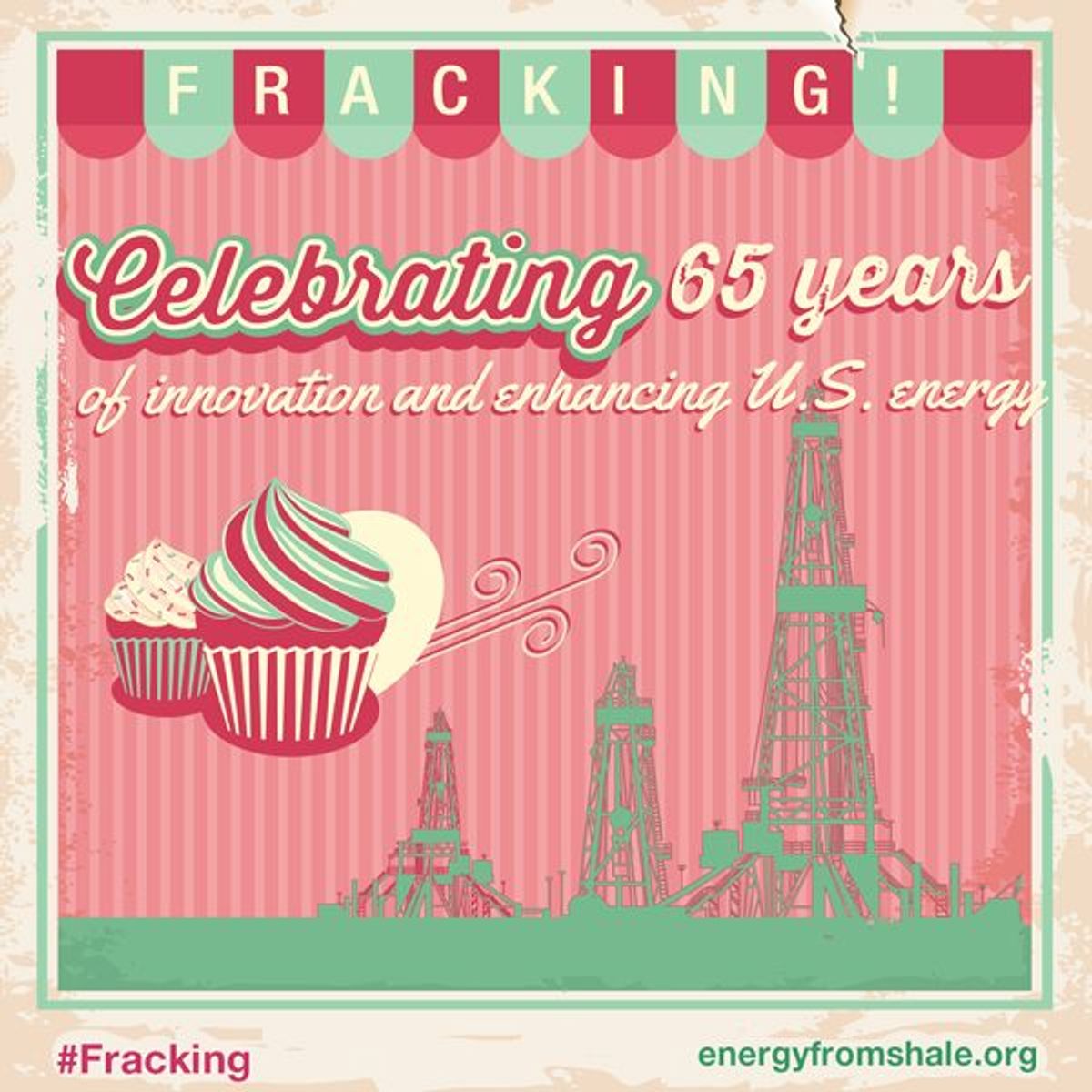 The technology that makes hydraulic fracturing possible turns 65 today, and the American Petroleum Institute is celebrating with e-cards and lies.

“Americans have long been energy pioneers, from the 1800’s [sic] when the first wells were drilled to today,” said API Director of Upstream and Industry Operations Erik Milito in a press release promoting the birthday campaign. “As part of that history, on March 17, 1949, we developed the technology to safely unlock shale and other tight formations, and now the U.S. is the world’s largest producer of oil and natural gas.”

“Thanks to fracking, we can produce more energy, with a smaller environmental footprint – changing America’s energy trajectory from scarcity to abundance,” Milito added. “This is a birthday worth celebrating.”

Grist takes issue with a number of these claims, pointing out that while we're getting there, we haven't overtaken Russia as the world's largest oil and gas producer yet. And while the first fracking patent was issued in 1949 to Halliburton Oil Well Cementing Co., fracking technology as we know it wasn't successfully implemented until 1997. The United States' fracking boom is closer to its Bar Mitzvah than retirement age: the amount of natural gas produced by shale beds in the U.S. jumped from just 1 percent in 2000 to 25 percent in 2013.

The upside of playing up the idea that fracking is old enough to qualify for Medicare, of course, is that it makes it seem much less new and untested -- just a nice, old-timey technology that definitely isn't poisoning the air and the water supply or causing earthquakes and explosions. Perhaps we should celebrate with some free pizza.