The former "Hills" starlet doesn't want to vaccinate her kids. Why that's a bigger problem than it looks 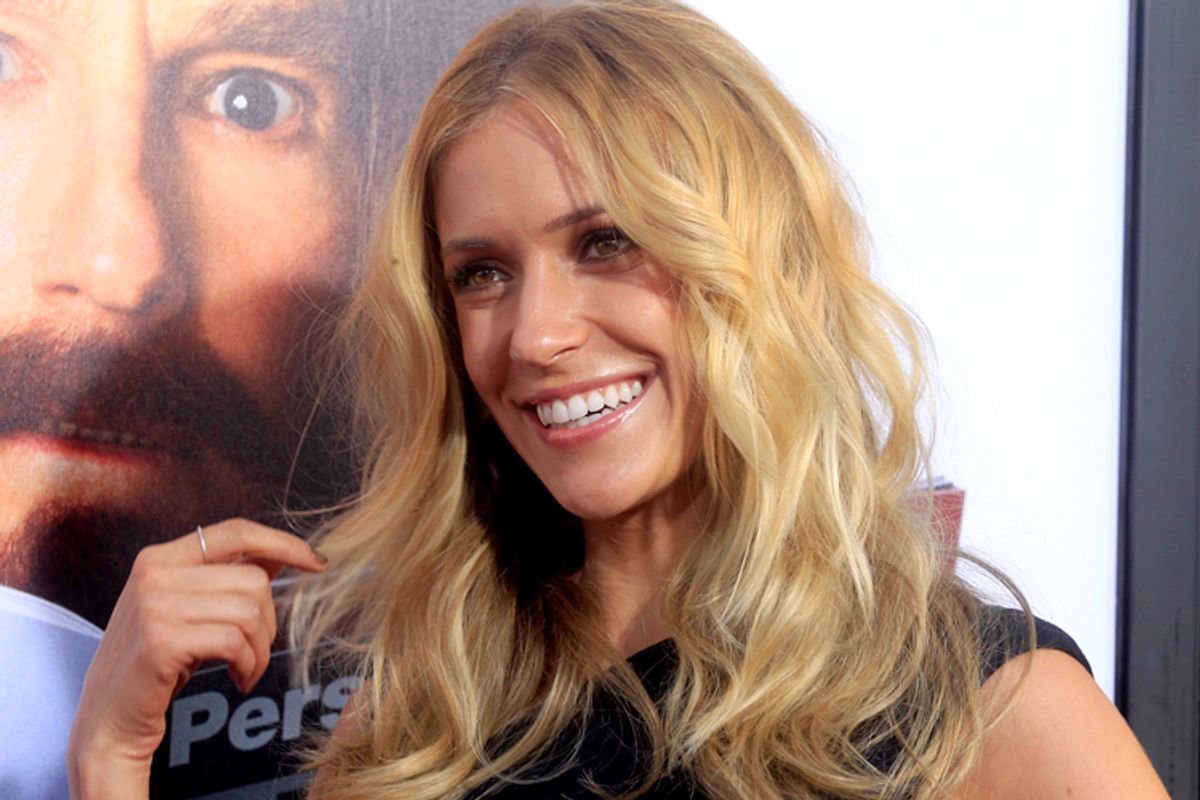 Kristin Cavallari rose to fame on the MTV reality shows "Laguna Beach" and "The Hills," playing the quintessential bad girl caught up in love triangles and endless summer. Cavallari has, in the intervening years, made all the sort of depressing stops a falling star shall: a "Dancing With the Stars" stint, a second career as a "designer," and now a breaker of silences on controversial issues. Cavallari, you see, is anti-vaccine.

She recently announced in a Fox Business interview, meant to promote her new series on E!, that she and her husband, NFL quarterback Jay Cutler, do not and will not vaccinate their children. (Cavallari is pregnant with her second child.) "We didn’t vaccinate. I read too many books about autism and there’s studies… Now, one in 88 boys is autistic and that’s a scary statistic," she said, amplifying her comments in a follow-up interview on Fox News, which knew they'd caught a live one.

“You know, it’s not something that I wanted to publicly come out and say… I was in an interview when it came up and it wasn’t what I was expecting.

"Listen, to each their own. I understand both sides of it. I’ve ready too many books about autism and there’s some scary statistics out there. It’s our personal choice, and, you know, if you’re really concerned about your kid get them vaccinated."

The problem is that the concept of vaccines relies upon herd immunity -- the idea that diseases won't be communicable because a critical mass of people are immune. Enough unvaccinated children can allow for the spread of diseases that had long been out of the conversation, like measles or whooping cough. This isn't an issue that ends at the Cavallari-Cutler household, like home-schooling; little Camden Cutler is weaponized to spread disease.

What makes this particularly distasteful is Cavallari's thirst. There is absolutely no reason, in 2014, that I would be writing about Cavallari on Salon if she hadn't announced this. Compare: It's commonly misperceived that Jenny McCarthy got her slot on ABC's "The View" in spite of her anti-vaccine advocacy, but in fact she rebooted her dormant career as a soi-disant "Mother Warrior," reaching an entirely new audience and making herself marketable as a tough-talking mom who won't fall for so-called "scientists."

And Cavallari, who's now done two interviews on Fox cable properties in two days on the subject of vaccines and summarily boosted the profile of her new show and herself, is on her way. She's tweeted out links to an anti-vaccine website to her 1.15 million Twitter followers ("The Hills" was a very popular TV show!) and claimed, unconvincingly, that the matter is closed.

But, of course, it isn't. Because Cavallari's managed to frame the idea of vaccines as a back-and-forth between parents who all are entitled to make their own decisions about their families, regardless of the public health consequences (consequences her blog of choice "Modern Alternative Mama" dismisses out of hand, along with its incitement to distrust the World Health Organization). And as the public face of one side of a "debate," Cavallari will be called upon, again and again, to defend her point of view.

And if there are two things viewers of her reality shows know, Cavallari loves to argue, and loves the spotlight. The American public, awash in far more talented TV personalities, had moved on from Cavallari, but will always go for a self-styled science debunker. Congratulations to Cavallari in advance on her next big TV contract!