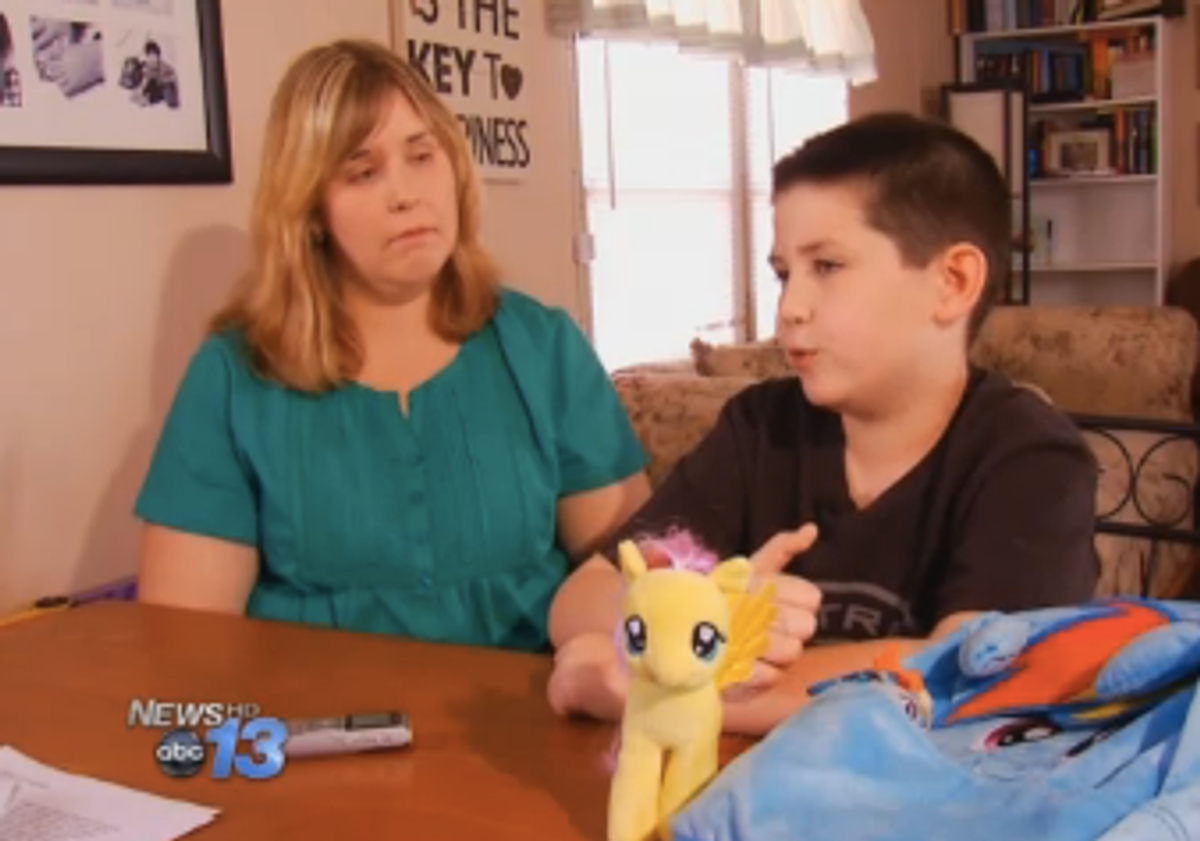 A 9-year-old North Carolina boy who was physically and verbally attacked by classmates after he brought a "My Little Pony" lunch bag to school has been instructed to start bringing his lunch in something else because school officials believe the bag -- not the bullying -- is the real problem.

Grayson Bruce says that he knows that his favorite cartoon may be marketed toward girls, but doesn't see a problem with boys watching and liking it, too. He says he likes the show's message of friendship, and, when the time came to choose a lunch bag for the school year, he picked one featuring his favorite character from the show. As for the classmates who have attacked him over his lunch bag, Grayson is heartbreakingly measured in his response. "They're taking it a little too far with, you know, punching me, pushing me down, calling me horrible names," he told WLOS ABC News 13. "Stuff that really shouldn't happen."

Grayson’s mom, Noreen, is also defending her son, calling the school out for excusing bullying rather than taking action against it. “Saying a lunchbox is a trigger for bullying is like saying a short skirt is a trigger for rape. It’s flawed logic; it doesn’t make any sense,” she said.

Buncombe County Schools defended its actions regarding Grayson's lunch bag in a statement, saying, "An initial step was taken to immediately address a situation that had created a disruption in the classroom. Buncombe County Schools takes bullying very seriously, and we will continue to take steps to resolve this issue."