Self-parody: Lindsey Graham's new campaign ad is all about Benghazi

Benghazi rules everything around Lindsey 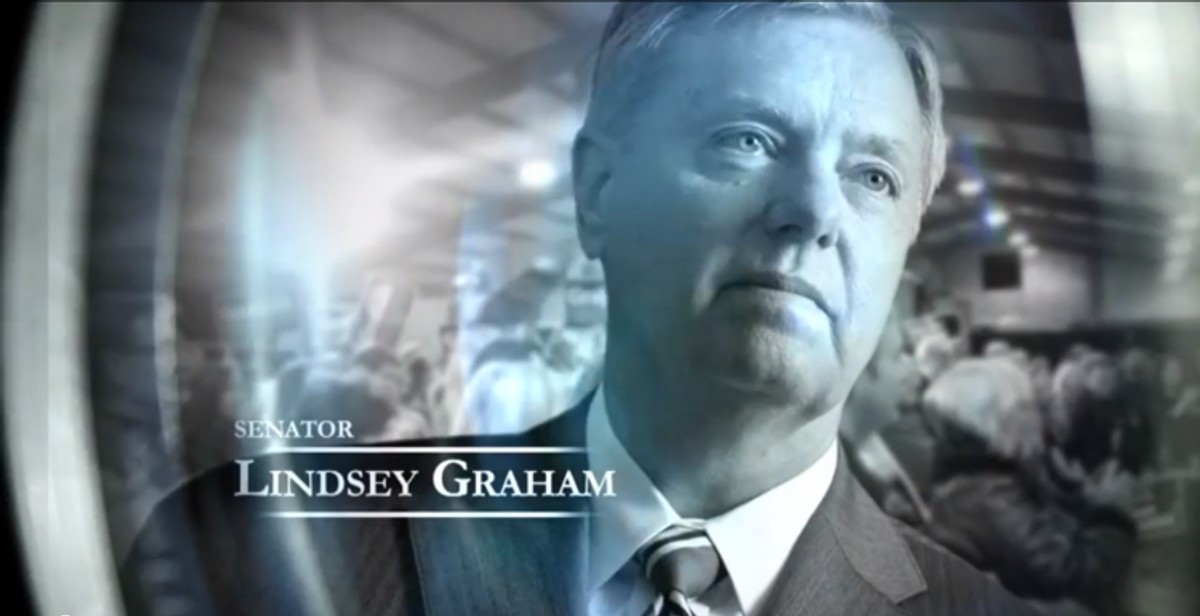 South Carolina GOP Sen. Lindsey Graham may be considered "ambiguously gay" by one of his political opponents (who, we assume, thinks being "ambiguously gay" is a bad thing) but he's not letting a distraction like that muffle his campaign message. And that message is, basically, referring to Benghazi — implicitly and explicitly — as many times as possible.

"Defender," a new ad released Monday by the Graham campaign team, is yet another testament to this monomaniacal strategy. While the ad is ostensibly about Graham's being "a conservative leader who gets things done," the truth is that the whole thing is about Graham's ongoing crusade to "get to the bottom" of the attack on a U.S. mission in Benghazi, Libya in 2012.

Graham, we're told, isn't afraid to "[ask] the tough questions on Iran, Benghazi and radical Islam" because this is "a dangerous world where the only guarantee of peace is strength." And nowhere, we're meant to believe, is Graham's strength more apparent than in his quest to unveil the truth behind the cause of what he calls in the ad "a national security failure of monumental proportions."

You can Benghazi Graham's new Benghazi below, via Benghazi: