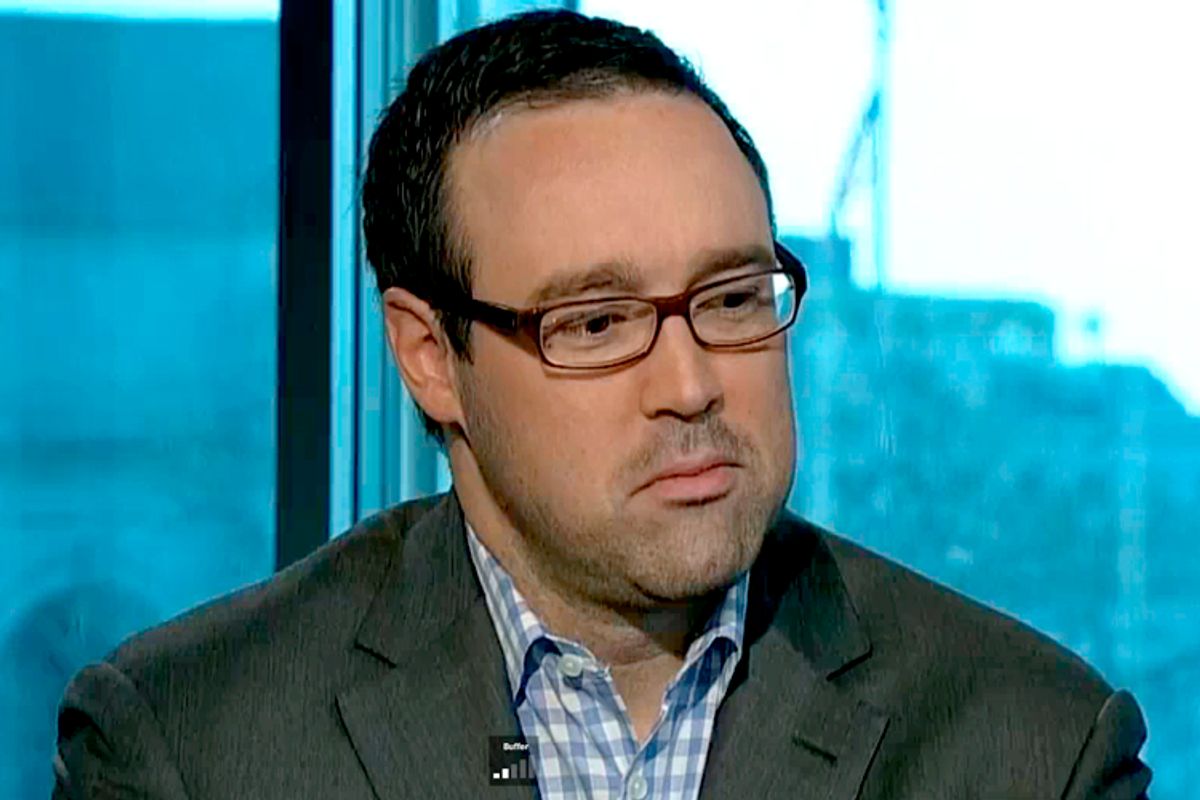 Does "take Rand Paul seriously as a presidential candidate in 2016" mean that Rand Paul is more likely than not to run for president and win? Not necessarily! It just means that you, the reader, should think about him, in a serious fashion, in relation to a presidential campaign that is two years away. Here is why:

Two things happened over the weekend in the race for the 2016 GOP presidential nomination.

OK, we have an actual scientific poll. That is one useful data point! Rand Paul led a poll of Republicans and Republican-leaning independents. He had the support of 16 percent of respondents. Paul Ryan, the second-place finisher, had the support of 15 percent of respondents. So technically Paul is statistically tied for first place, with Paul Ryan. And also Rick Perry, who had 11 percent support, with a margin of error of plus or minus 5 percentage points.

Then there is this other data point, a "straw poll" of people who attend something called the "Northeast Republican Leadership Conference." That is not quite a strong predictor of national electoral success. (Ron Paul won a lot of straw polls, in his day.)

Cillizza then moves from the quantitative reasons to think more seriously of Rand Paul in the vicinity of the 2016 GOP presidential nomination to the more qualitative ones. Namely:

Fundraising: The Pauls are good at fundraising because they have an already established, dedicated network of donors.
Iowa and New Hampshire: Ron Paul did well in these states.
Libertarianism: Young conservatives now all call themselves "libertarians" because they're mostly cool with gay marriage and drugs.

All serious contenders for the nomination will be able to raise money. This is almost a tautology. If you're a serious contender for the nomination, you are already good at raising money. Those who aren't, aren't serious contenders. Plus, the Republican Party has its own infrastructure in place to raise a lot of money, and many party leaders will prefer to see that money spent on more traditionally right-wing candidates. The Republican foreign policy establishment distrusts Paul on everything, especially (but by no means strictly) in regard to Israel. They will send their money to a more hawkish candidate -- and there will be plenty to choose from.

Iowa and New Hampshire: Let's not forget that John McCain won New Hampshire in 2000 and Pat Buchanan won it in 1996. Huckabee won Iowa in 2008 and Santorum tied with Romney in 2012. The Republican Party is also taking steps to ensure that the 2016 primary campaign will be shorter, and easier for party elders to control, than it was in 2012. There will be fewer debates, a shorter primary schedule, and an earlier convention. All of this is to lessen the influence of the "grass-roots" conservatives who may be more likely to back someone like Paul than someone like, say, Chris Christie.

Also, as Dave Weigel points out, Paul's media coverage has been pretty soft lately, because no one is campaigning against him. Once the guy is running for something, against other people, voters will be helpfully reminded of stuff like his neo-Confederate aide.

But feel free to take Rand Paul seriously anyway, because to encourage people to take something or someone seriously is more or less meaningless. I mean, it's not actually committing to any sort of hard prediction. Let's all be serious about Rand Paul.