My Salon essay generated a lot of hateful responses. Let's walk through the criticisms one by one 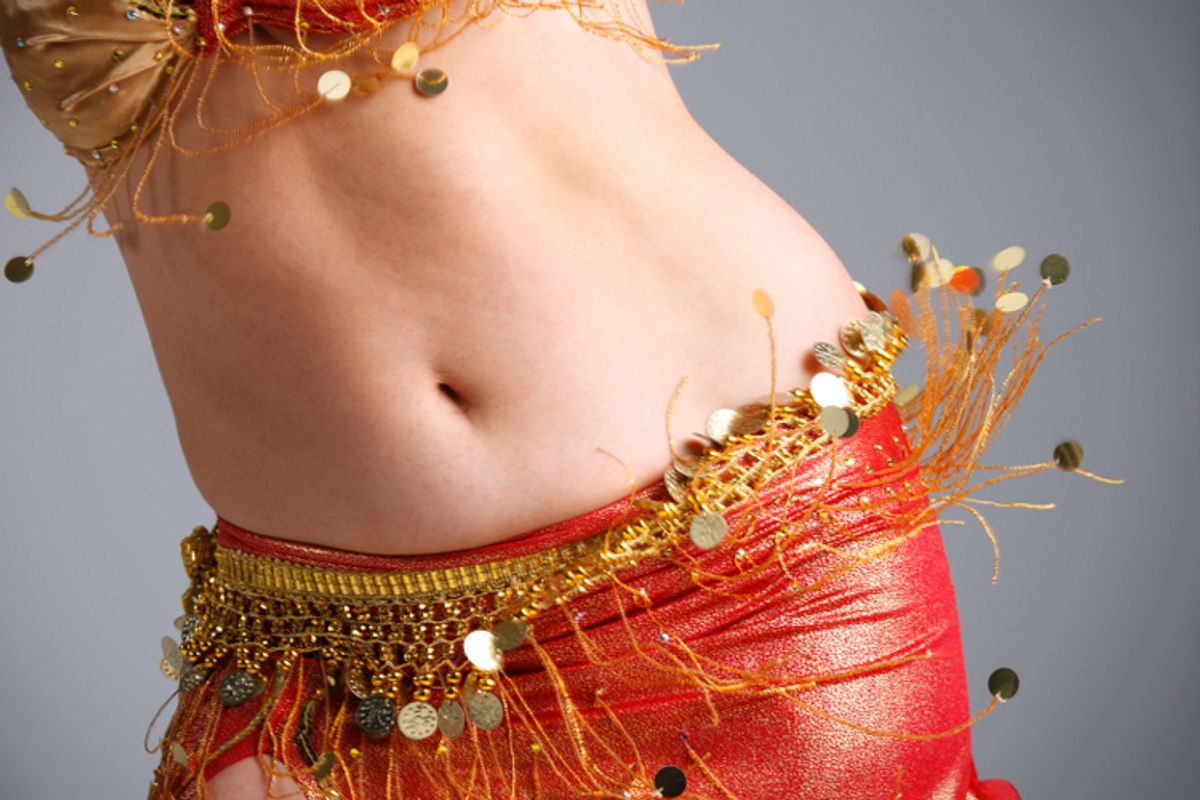 I’ve written about the Boston bomber; about the U.S. government’s attempts to deport my brother, which kept him in jail for weeks; and about Israel detaining me – a U.S. citizen – and denying me entry in March 2012, but the essay of mine that has sparked the most impassioned responses is one about …

The volume of the published response to the essay – a personal opinion piece – was surprising. Guys in the Washington Post and the Atlantic wrote whitesplanations about how cultural mixing is a good thing; other men on racist blogs called me a moron. Daily News Egypt published a response by a non-Egyptian, non-Arab woman. G Willow Wilson wrote in defense of me (and since she’s not an angry woman of color, her argument is being touted as reasonable and sane). Muslimah Media Watch did a roundtable about the piece, and some dancers are saying they need to do better.

There were amazing, supportive, beautiful emails from Arab-American sister writers.

There were also violently angry emails and tweets that, in a typically sexist and fatphobic way, criticized my appearance and my size.

I have been called a fat camel and a hairy ape and a dirty terrorist ever since I moved to the U.S. at the age of 13, so – I’m used to it. But call some people out for wearing genie pants and makeup, which are supposed to make them look Arab, and they go nuts.

In my essay, I historicized the appropriation of belly dancing, but I naively thought people knew about the British empire, about U.S. imperialism, about how these have fucked the Middle East for centuries.

And belly dancing is one of many appropriations … it can be argued that it’s so low on the scale. I mean, dancing? But look at how people are reacting to it. What happens when we start talking about Israel appropriating land illegally and settling on it? About America’s colonization and its wars in Iraq and Afghanistan and the effects of those wars, about the current drone campaigns, and on and on?

I’ve read the following arguments, all of which ignore the systematic racism by the dominant culture:

“So black women can’t be ballerinas?” If black women were part of a dominant culture that had colonized Europe starting at the Italian renaissance, and later colonized France and Russia, and if, after all that, black ballerinas danced in bikini tops, then yes, this argument would work. But it doesn’t.

"I’m Egyptian and I love white belly dancers!” Good for you. Come live in America for 23 years, have people throw lit cigarettes at you and make fun of your mother’s accent and sneer at your muhajjaba aunt and try to deport your brother, see a white woman be applauded in a bar while dancing to “Walk Like an Egyptian” in a “Nefertiti hat,” and if, after that, you still feel the same way, cool, write your own opinion piece about it.

"You’re an idiot! America is a melting pot!” Yes, America pretends to be a melting pot, but this means everyone has to adhere to a cultural norm, and in the process, minorities are negated and further made invisible.

"But Korean tacos! Mixing cultures is delicious!” Again, if the person making and serving those tacos is from a dominant culture that, for centuries, colonized Korea and Mexico, and then served those tacos to you in a conical Asian hat and a mariachi outfit, with a bikini top underneath, then, yeah, this argument would work. Again, it doesn’t.

”You’re a racist!” Please, save us both time, watch this, and learn how that’s not possible.

"You’re appropriating white culture by using a computer right now!” I can’t even honor this level of idiocy and entitlement with a response.

"If you don’t like our multiculturalism, go back to your own country!” Umm, doesn’t multiculturalism imply an acceptance of people from different cultures? Also: I was born in Chicago. This is my country. I know it’s hard, but Ay-rabs are Americans, too. Also: OK, let’s say I humor you and try to go back to another country: Whoops, I don’t have one, because I’m a descendent of Palestinians.

Many other arguments kept centering white people in the discussion, asking what they’re allowed or not allowed to do. Ultimately, that’s not the discussion I want to have. And one person can’t stop anyone from doing anything: White women will continue to belly-dance. What I’m asking is, when you are part of the dominant culture and live in a country that subsidizes the theft of land and resources from Arab people; in a country that supports and financially aids Arab governments that silence and even imprison democratic protesters; in a country where kids don’t feel safe telling schoolmates that they’re Arab-American – maybe think twice before you put on some genie pants and kohl and call yourself Samirah Layali?

How difficult is it to examine one’s own privilege without calling the person asking you to do so a douchebag? Evidently, it is very, very difficult.

At the end of the day, it’s not belly dance that people are protecting. It’s the right to take anything they want and not be criticized for it.

I’m thrilled that something I wrote on my dining table in a few hours, one I thought a couple of hundred people would read, has sparked such a discussion. I refuse to sit quietly in the margins and only speak when I can “calmly” educate and teach. I’m fucking angry, y’all, at decades and centuries of dehumanization, and belly dancing is just the tip of it – hate mail be damned.