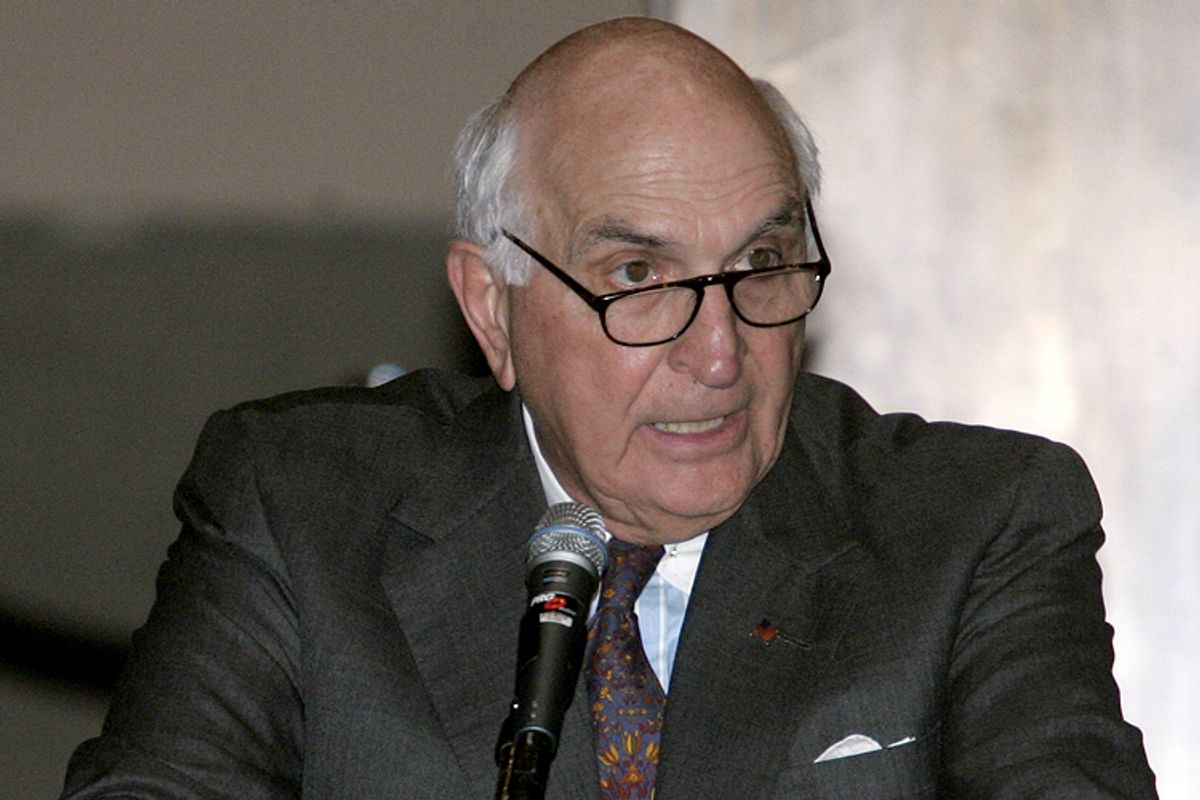 You know those DAYS SINCE AN ACCIDENT signs? Well, if America had a DAYS SINCE 1 PERCENTER PUBLICLY COMPARED CRITICS TO NAZIS version of that sign, it would be time to take that number all the way back to zero. Sorry, guys; we had a good run.

The culprit in this instance is Ken Langone, the conservative billionaire who is also a co-founder of the successful Home Depot hardware chain. Langone is an outspoken conservative who previously criticized Pope Francis for not celebrating America's hyper-wealthy enough. He's also a big donor for New Jersey Gov. Chris Christie and the Republican Party in general.

In a Politico piece published Tuesday morning, Langone told reporters for the politics-focused news site that he hoped the Democrats' recent embrace of economic populism was fading, mainly because such a focus on inequality is exactly the kind of stuff that brought Hitler to power.

“I hope it’s not working,” Langone said. "Because if you go back to 1933, with different words, this is what Hitler was saying in Germany. You don’t survive as a society if you encourage and thrive on envy or jealousy."

Before you get too outraged, though, keep in mind that Langone has a point. If you think about it, Hitler's advocating for the mass killing of Europe's Jewish population is a lot like Sen. Elizabeth Warren's call for more regulation on Wall Street and a more equitable distribution of America's wealth — just so long as you use "different words," as Langone puts it.