During another pointless segment on Flight 370, host Bill Hemmer says something that, even for Fox, is silly 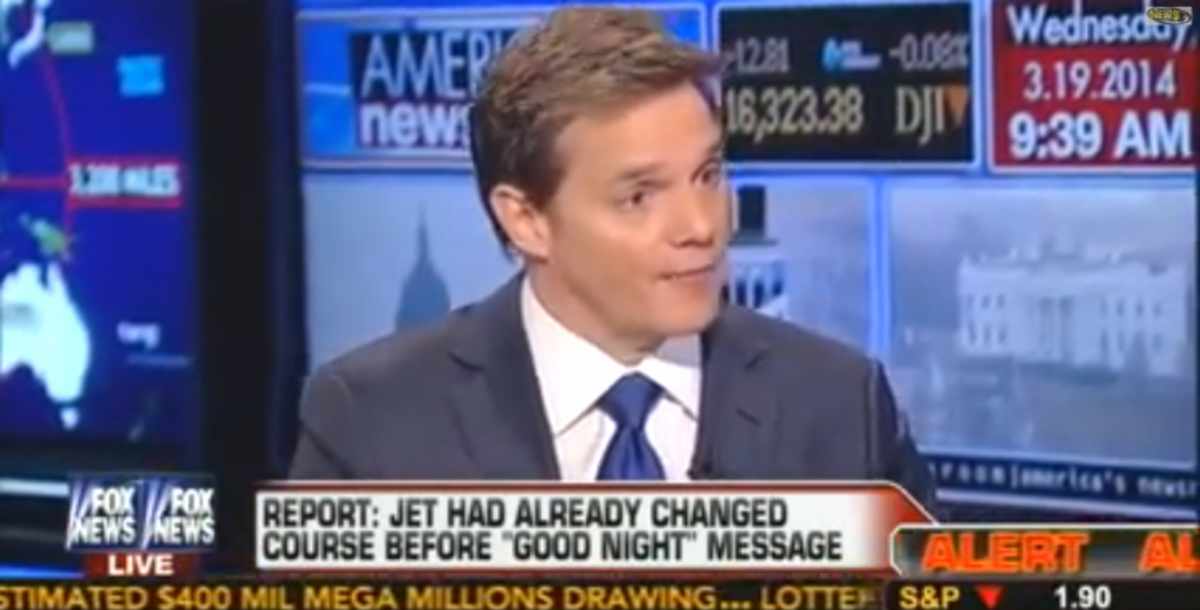 Like the other cable news channels, Fox News has covered and re-covered and re-re-re-covered the story of the missing Malaysian Airlines airplane, Flight 370. While this tale has captivated much of the nation and clearly all of the media, it's also a bit of a toughie for news channels because, well, the story doesn't change much. The plane is missing. It's still missing. And — breaking update — it's missing still, too!

This lack of substance, always an issue for Fox News, CNN and MSNBC, has led to more than a few absurd moments of television. Take Wednesday's comment from Fox News host Bill Hemmer, for example.

While speaking with an "aviation attorney" (?) about Flight 370, Hemmer, seemingly trying to kill time, muses that it might be a long, long while until the plane is finally found. His reasoning? The length of time it took for people to find the Titanic, for one; and how long it took to find Noah's Ark, for another.

As New York's Joe Coscarelli pointed out, Hemmer seemed to be referencing this "discovery" from a team of evangelical Christians. As  Coscarelli also pointed out, basically no one believes these evangelicals have found what they think they've found — not even Fox News!

Chalk this up as another Flight 307-inspired dada moment in the 24/7 news world, then. At this rate, if the plane isn't found soon, expect these poor cable news hosts to be reduced to this.