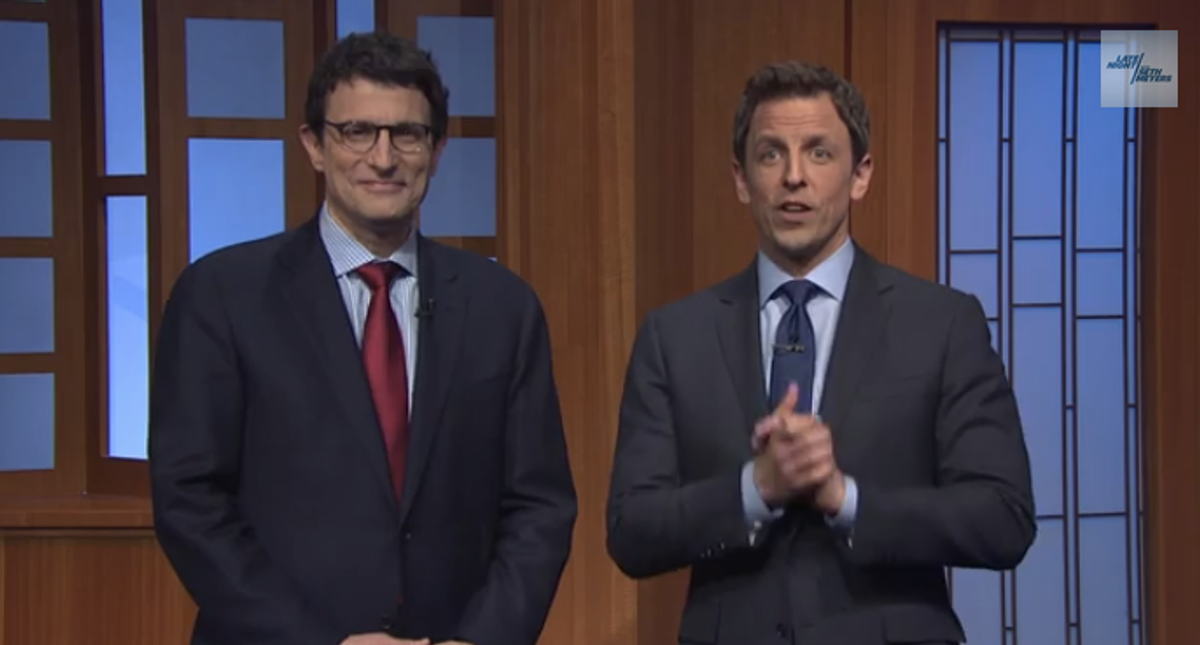 "Late Night" host Seth Meyers invited New Yorker editor David Remnick to the set to shed some light on one the magazine's most iconic, guarded features: its cartoons. Getting a cartoon into the New Yorker is quite challenging, but Remnick makes it sounds simple: It just has to "be funny"!

Meyers then introduced the Late Night Players, who reenacted live cartoons from the New Yorker. Somehow, the witty one-liners didn't have the same impact when performed ... or maybe that was because Remnick was there to explain the punch lines.