A veteran activist tells Salon of the case, "This is not what success looks like" 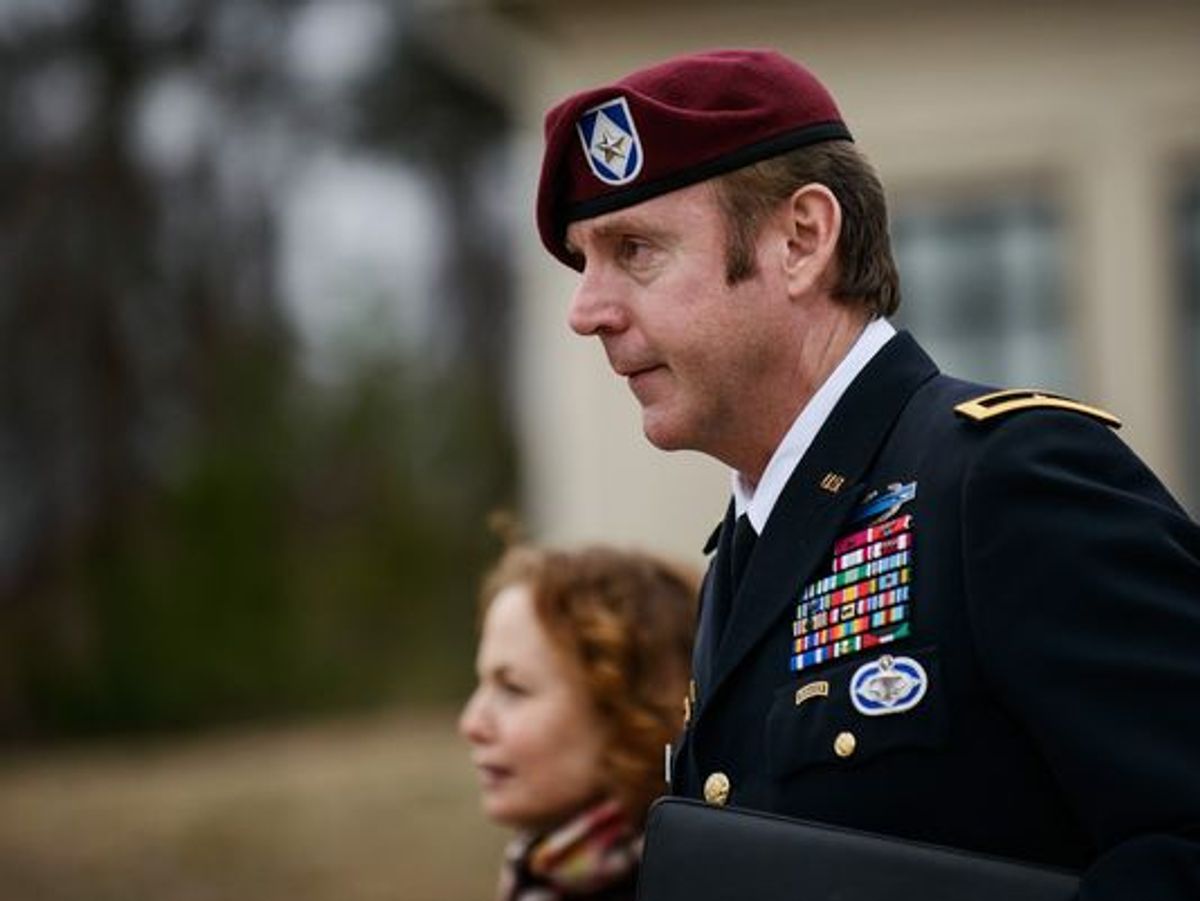 The sentencing of Brig. Gen. Jeffrey Sinclair came to a close Thursday morning with the general receiving an official reprimand and an order to forfeit $20,000 in wages, a dramatically lighter sentence than the possible life in prison he faced on charges of sexually assaulting a female Army captain with whom he was having an affair.

With the sexual assault charge dropped, Sinclair pleaded guilty to "mistreating" the captain, misusing a government-issued credit card and pressuring female officers to send him explicit photos, among other charges; Sinclair also admitted during the trial that he caused "emotional harm" to the captain by using his rank and authority to coerce her into remaining in the affair. In the final sentencing, Sinclair avoided jail time and dismissal -- the officer's equivalent of a dishonorable discharge. He will be allowed to remain in the military and collect his pension, though a grade determination board will decide at what rank he will retire.

The attorney who represented the captain called the sentence a "travesty" and a "serious misstep" for the Army.

"A general who pleaded guilty to obstruction of justice, criminal cruelty and maltreatment towards subordinates, improper relationships with three women under his command and the possession of pornography gets off with a fine and letter of reprimand in his service record," Jamie Barnett said in a statement. "The slap on the wrist and 'pat on the back' for being a so-called 'good solider' points to the importance of congressional action."

Earlier this week, the captain in the case commented through Barnett that she stands by her allegations that the general sexually assaulted her, but intends to resume her career in the military.

And so another deeply fraught sexual assault case ends. The question of justice lingers. And the need to reform a badly broken military justice system remains.

Rather than restoring the public's confidence in the system, the two-year trial is a case study for why sweeping reform is so necessary, advocates say. Sinclair's sentence is "reflective of a case that fell apart long before today," according to Greg Jacob, policy director for the Service Women's Action Network and a former Marine.

The Sinclair case "is a really good case study from the perspective of military justice reform and the need for an independent system," Jacob tells Salon.

The captain stands by her allegations, but the trial was tainted by allegations of undue command influence -- that commanders pursued the charges against Sinclair, according to Judge Col. James Pohl, because of political influence and public concerns around the issue of military sexual assault. In a strange bit of timing, Pohl reached this verdict days after the Senate failed to pass a measure from Sen. Kirsten Gillibrand, D-N.Y., to remove such matters from the military chain of command.

Rep. Jackie Speier, D-Calif., called the case "another example of why commanders shouldn't be deciding whether someone is prosecuted," and said the sentence was "a slap on the wrist nowhere close to being proportional to Sinclair’s offenses."

"This is not what success looks like," Jacob says.