Polluted water is flowing into the drinking water source "all day, all night” 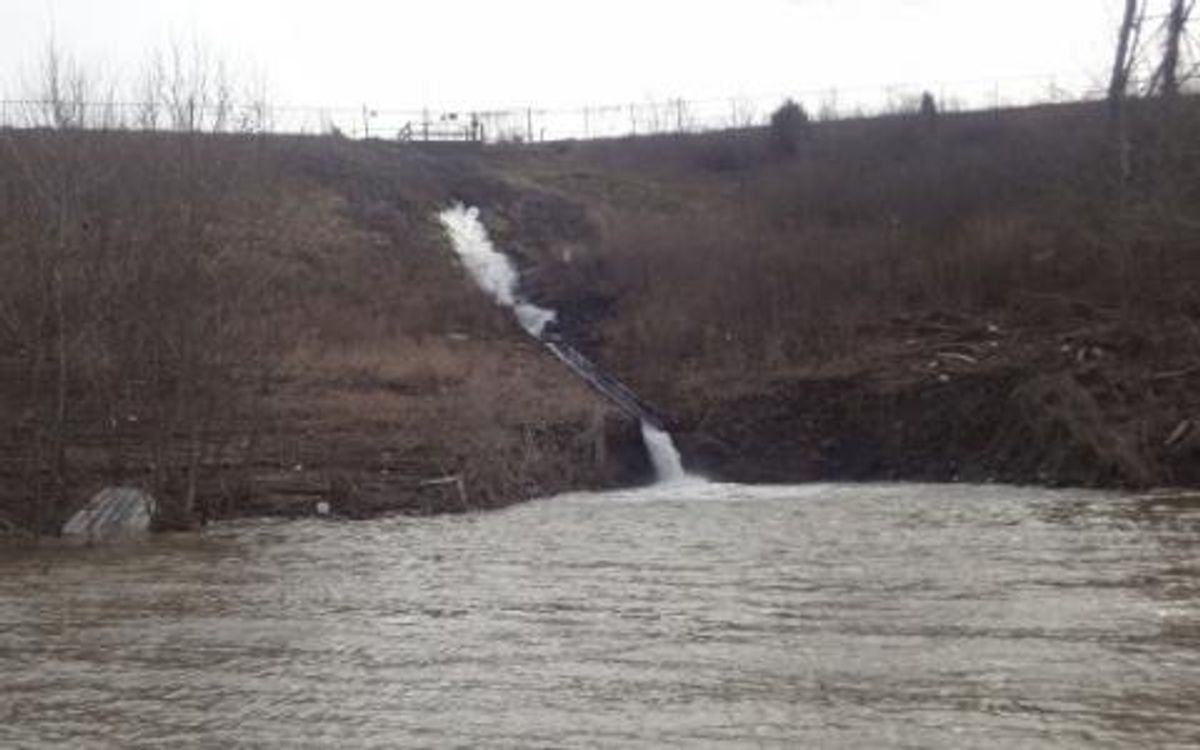 The images suggest that this has been going on since 1993, the group says, and regularly at least since 2009. Fortunately, there were no whistle-blower laws (would we call them "ash-gag"?) to prevent the Sierra Club from setting up a hidden camera -- and from capturing a year's worth of images showing that the dumping was happening on an "almost-daily" basis.

"Our photos were taken every three seconds for a year,” said Sierra Club organizer Thomas Pearce. “If you look at the photos, it’s not an occasional discharge. It’s a steady stream coming out of the coal-ash containment pond … every day, all day, all night.”

It's like the North Carolina coal ash spill, "but in slow motion," Pearce added.

The Sierra Club, along with Earthjustice, plans to file a civil lawsuit holding LG&E in violation of the Clean Water Act. LG&E, however, is countering that they've just been loose in their interpretation of the law, which permits the "occasional" dump of coal ash water. If the law didn't take the time to define "occasional," the company contends, then that's not their problem.

Rachel Maddow had some fun with this. "Why isn't every day an occasion?" she asked Wednesday on her MSNBC show. "Every day can feel special if you call it an occasion." Just like how dumping toxic pollution into the source of over 3 million people's drinking water is only a problem if someone calls you out on it.