Be it Flight MH370 or something as trivial as "True Detective," mysteries are crowdsourced like never before 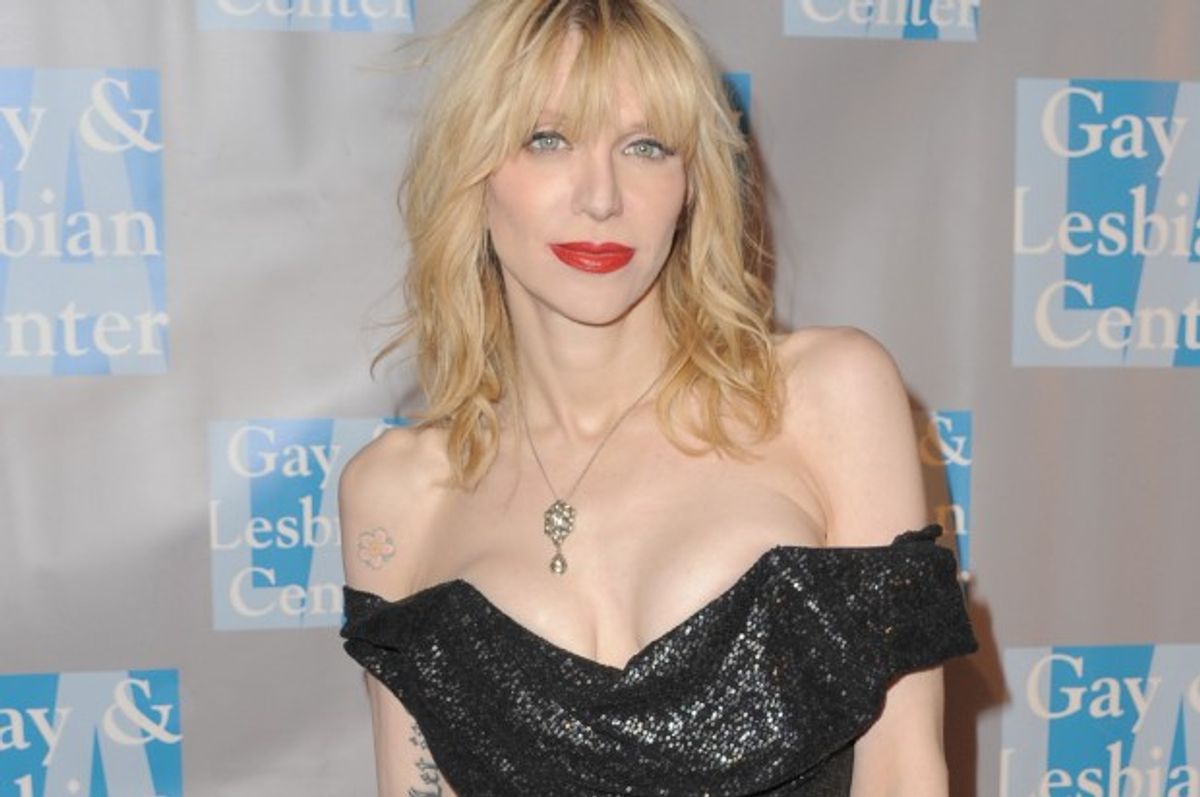 “Sometimes reality is the strangest fantasy of all.” That was the tagline for Michelangelo Antonioni’s Blow-Up when it debuted in American theatres in 1966, a film about a man who may or may not have photographed a murder. The film is less about death than the way technology fuels our obsessions, allowing us to construct a reality based on what we think we see. While filming a couple in the park, David Hemmings’s photographer captures a man holding a gun; in the film’s most famous scene, he blows up the image to get a closer look.

But does proximity give him perspective? How can he ever know what he’s really looking at?

I was reminded of Antonioni this week when photographs Courtney Love posted to her Twitter account went viral. In the images, the famously troubled singer deduced her own solution as to Malaysia Airlines flight MH370’s whereabouts using crowdsourced photographs and some clues she pulled from Reddit. Looking at satellite imagery, Love gazes into the vast blue nothingness and discerns a plane and an oil slick, as if they were faces in the sky.

Her case is less than compelling, but Courtney Love is just an example of the way in which the entire hunt for Flight MH370’s remains has been crowdsourced to the public. In the Internet age, the line between what’s private and public is blurring, as platforms like Facebook provide our very own panopticon, a space where we all live in plain sight. But the case of Flight MH370 is the other side of that coin, where widespread tools of surveillance have given anybody with wireless access the ability to get involved in the hunt. We become our own Big Brother, but equipped with a pipe and magnifying glass.

The online fandom of True Detective was the ultimate example for the ways in which Internet culture makes us all into armchair gumshoes. Although creator Nic Pizzolatto intended the series to be a police procedural with existential undertones, fans obsessively searched for data in the chaos, making their own Rorschach-like connections. Websites like Reddit provided a forum for fans to post clues and survey stills (much like Antonioni’s protagonist). Is that a child’s drawing of a spiral in the background of Marty Hart’s house or just another oil slick?

Of course, the conspiracy theory isn’t a new trend. Since its debut in 2005,Lost fans have created their own forum on the Internet to trade theories and attempt to get ahead of the mystery of the island. It was half Losties No. 1 Detective Agency, half support group. But those communities used to be treated as fringe phenomena, the vocation of mouth-breathing fanboys and men who lived in their parents’ basement; they were the modern equivalent of the Kennedy truthers, the kind of guys who knew more about the Warren Commission Report than Earl Warren.

However, between pop culture and politics, the conspiracy theory is having a moment as the niche pervades popular consciousness. According to Gallup polls, 61 percent of Americans believe there was more than one gunman, statistics similar to the half of Americans who report believing at least one medical conspiracy theory. Almost a fifth say they believe in three or more, despite myths like the link between autism and vaccinations being thoroughly debunked.

This is part of a culture in which Glenn Beck's website commands over 7 million viewers a month. Barack Obama’s entire career has been plagued by one theory after another, namely that he’s a Socialist Muslim who wasn’t born in this country. Even after Obama provided his birth certificate, a quarter of Republicans remained unconvinced of his American citizenship. The newest conspiracy theory suggests Obama’s “giving away the Internet to China.”

At a certain point, the actual evidence becomes irrelevant. The conspiracy becomes it’s own entity. In the case of Flight MH370, one’s case doesn’t even have to adhere to logic; it just has to be temporarily unsolvable, like undergraduates conjecturing about the afterlife. On social media, Twitter users have cited everything from aliens to the plane’s invisibility as an explanation for its disappearance. Beck's contemporary Rush Limbaugh thinks foreigners are to blame, while others have even found the answers in a Pitbull song.

There’s little difference here between Pitbull Truthers and the guys who used to claim that Satanic verses could be heard in Beatles and Led Zeppelin albums. But what’s changed is that in the social media era, we’re constantly impelled to share our delusions—because Twitter makes no distinction between validity and loony garbage. Everything’s treated as a necessary part of the conversation.

And evidence shows that the government is increasingly taking our A Beautiful Mind window markings seriously. British intelligence is investing government resources into pumping Reddit’s conspiracy theory forums full of far-fetched misinformation, in order to “undermine [their] credibility.” The logic is that if people aren’t watching the skies, searching for UFOs, they’re less likely to detect more mundane phenomena, like government surveillance.

What the U.K.’s intelligence team neglects to realize is that there’s no way to stop people from looking back at the all-seeing eye of surveillance, primarily because we’ve become a part of that system, the unstoppable force to its immovable object. The modern subject isn’t just looking up; he’s looking all around, even into the ceaseless abyss of death. Antonioni was wrong about reality: It’s not the fantasy. Reality is the strangest mystery of all. It’s our own flat circle.