Happy first day of spring! The East Coast might get another snowstorm next week 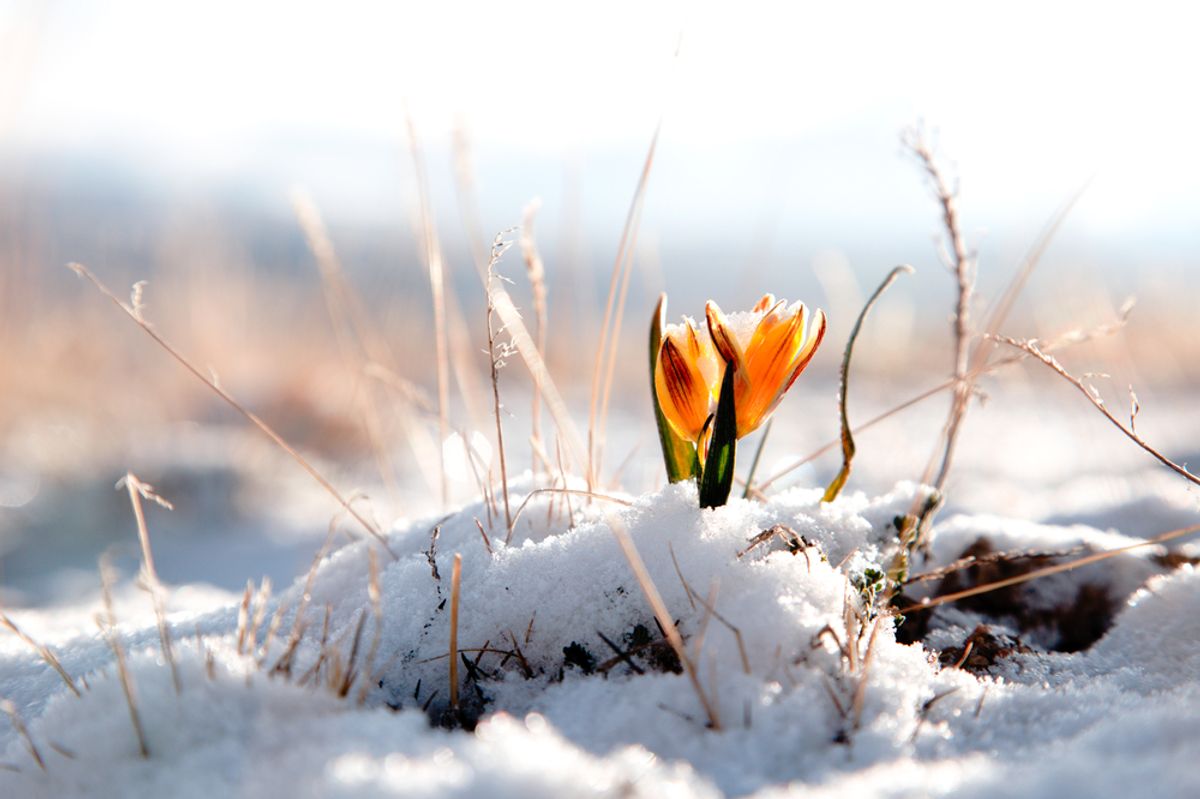 March 20 marks the vernal equinox, also known as the official start of spring. But despite what this morning's Google Doodle would have you believe, winter weather isn't going anywhere yet -- at least, not on the East Coast.

Instead, below-average temperatures (10 to 20 degrees below normal, with "locally greater anomalies possible") are expected to continue into next week. A look at the NOAA's temperature outlook for the next six to 10 days suggests business as usual, with a stark divide between the freezing East and California's record-breaking warmth:

Oh, and there might be more snow, although forecasters aren't quite as confident about that as they are about the low temperatures. According to the NOAA's Weather Prediction Center, there "remains significant potential for unusually far southward extent of wintry precipitation for late March." If it hits, we can expect to see it by next Tuesday or Wednesday.

There isn't anything particularly unusual about a chilly start to spring, meteorologist Eric Holthaus is quick to caution (and, in the necessary nod to climate deniers, he adds that globally averaged temperatures are expected to be warmer than usual). This time, instead of the polar vortex, we can thank something called the Rex Block -- a blocking pattern currently forming off the West Coast -- for the continued presence of winter. Holthaus explains how it woks:

Here’s what’s happening: High pressure over Alaska—part of the Rex Block—is forcing the jet stream from Siberia up and over the North Pole. That’s opening the flood gates for extremely cold air to spill southward out of the Arctic and in through the cracks in your bedroom window. A stable low pressure over the Pacific—the other part of the Rex Block—is acting like an anchor to keep the whole thing in place.

The upcoming pattern is a twist on the “ridiculously resilient ridge” that recently plagued North America for months, plunging California into historic drought. In addition to locking the East into (at least) another week of winter, Rex Blocks in the past have been known for their ability to ignite hot and dry Santa Ana winds. Should the pattern drift farther south, that could turn drought-stricken California into a playground of wildfires. Thankfully, that scenario isn’t likely this time around.

However, blocking patterns like this one are also known for their fickle behavior. They could stay in place for three days or 13 days (or more). The most we know right now is that, back East, winter is going nowhere fast.