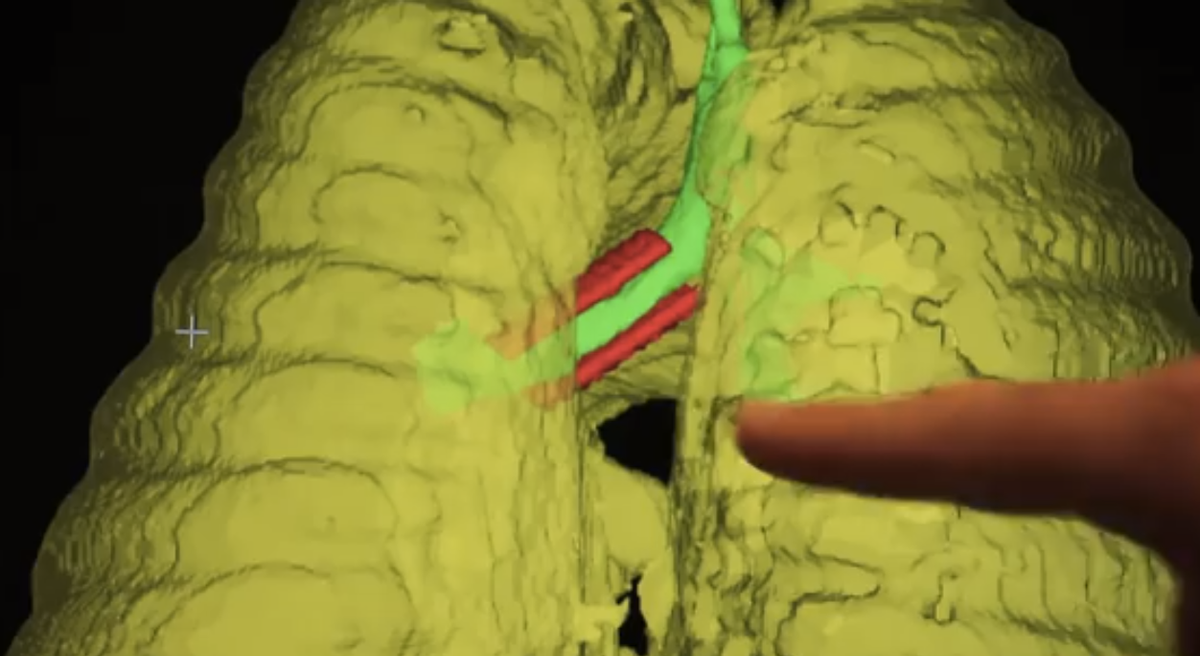 Doctors at University of Michigan's C.S. Mott Children's Hospital are using 3-D printing technology to help babies, like 18 month old Garrett Peterson, breathe. Garrett suffers from the same condition as Kaiba Gionfriddo, an infant who was the first to be treated with this new technology. Medical News Today describes the condition:

"Garrett's condition is called tetralogy of Fallot with absent pulmonary valve, and in his case, it had developed into severe tracheobronchomalacia, or softening of his trachea and bronchi, to the point that the airways had collapsed to the size of small slits."

Ever since he was born, Garrett has needed a ventilator to breathe. However, it wasn't enough. According to Medical News Today, Garrett would stop breathing several times a day, even when the ventilator was turned to the highest setting. In a video released by the University of Michigan, Garrett's mom explained that he used to turn blue with just a slight movement of his head.

The 3-D splint was first tested on two-month-old pigs. Green and Hollister took a CT scan of a pig's trachea and custom printed the splint to fit around it. The splint is made from a Federal Drug Administration approved material called polycaprolactone, which is biorebsorbable. The splint is then sewed around the collapsed trachea to keep it open. The pigs, who were suffering from a condition similar to Kaiba and Garrett, were able to breathe on their own.

Testing the procedure in a pig first is not unprecedented, according to Matthew Wheeler, a professor of Animal Sciences at the University of Illinois. "Essentially, all our breakthroughs in human clinical medicine have been initially tested or perfected in animal models," Wheeler told Medical News Today. In 2012, the surgery was also successful in Kaiba -- the first baby to receive treatment. His collapsed trachea has since healed itself. Now, the splnit will biodegrade.

In order to make a custom splint for Garret Professor Hollister took a CT scan of his bronchi and trachea, and then used high resolution imaging to create a computer model that could then be printed using a laser-based 3-D printer.

Garrett's surgery took place in January of this year. The team of doctors included splint developer Professor Green and the head of pediatric cardiovascular surgery Dr. Richard G. Ohye. They successfully sewed the split around his right bronchi.

They doctors are optimistic, and they already witnessed more air making its way into Garrett's lungs. According to Medical News Today, "As Garrett grows, over the next 3 years or so, the splint will biodegrade and be reabsorbed in his body." His trachea should also heal properly and return to a normal state. He is still on a ventilator -- but not nearly as high -- and is able to spend short periods of time without it.

A video of Garrett's surgery is below: