GOP has discouraged minorities and the poor from voting. Can Bill Clinton's new initiative expose their grift? 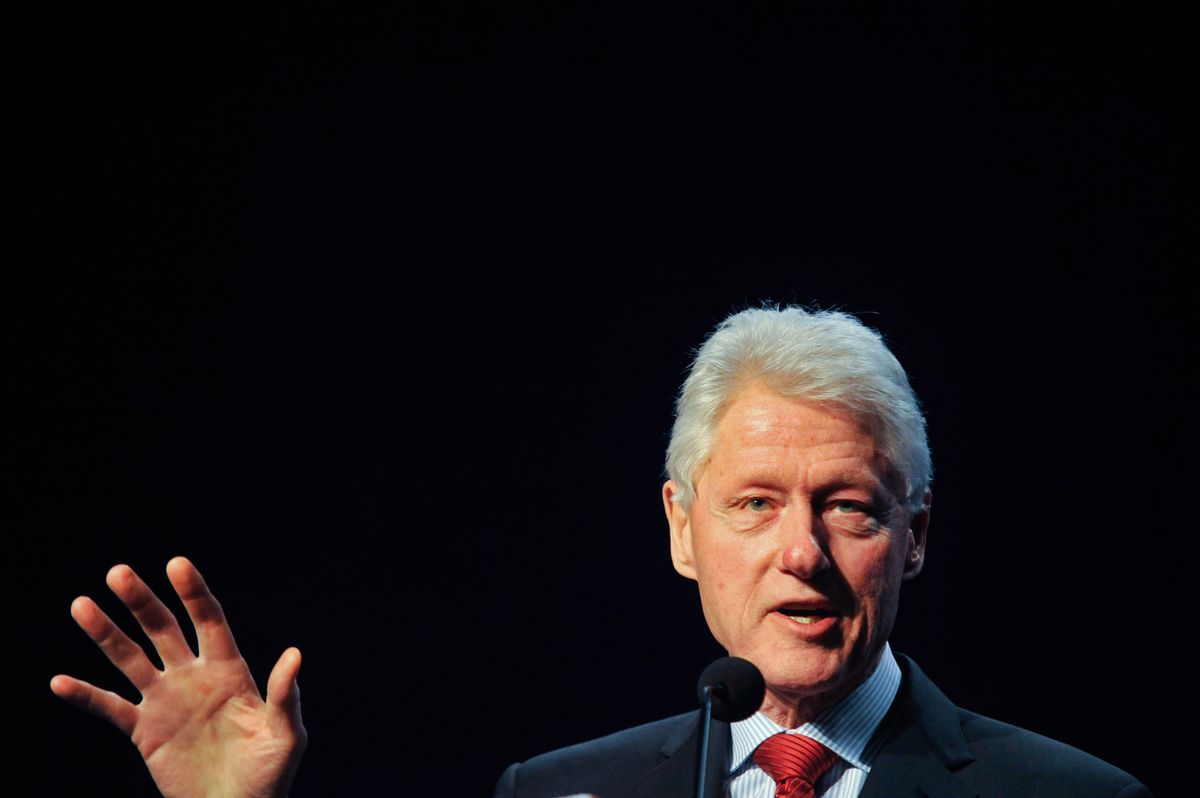 Growing up in Jim Crow Arkansas, Bill Clinton saw how the state's dominant political and racial elite maintained power by suppressing the rights of minority voters who threatened its authority -- and as a young activist, worked to bring down that illegitimate power structure. So when Clinton says, "There is no greater assault on our core values than the rampant efforts to restrict the right to vote" -- as he does in a new video released by the Democratic National Committee -- the former president knows of what he speaks.

In the segregationist South of Clinton's youth, the enemies of the universal franchise were Democrats, but times have changed. Not just below the Mason-Dixon Line but across the country, it is Republicans who have sought to limit ballot access and discourage participation by minorities, the poor, the young and anyone else who might vote for a Democratic candidate.

No doubt this is why, at long last, the Democratic Party has launched a national organizing project, spearheaded by Clinton, to educate voters, demand reforms, and push back against restrictive laws. Returning to his role as the nation's "explainer-in-chief," Clinton may be able to draw public attention to the travesty of voter ID requirements and all the other tactics of suppression used by Republicans to shrink the electorate.

His first task is to debunk the claims of "voter fraud," fabricated by Republican legislators and right-wing media outlets, as the rationale for restrictive laws. Lent a spurious credibility by the legendary abuses of old-time political machines, those claims make voter suppression seem respectable and even virtuous.

Some years ago, the Brennan Center for Justice, based at New York University and led by former Clinton speechwriter Michael Waldman, issued a 45-page report on voter fraud that remains definitive. "There have been a handful of substantiated cases of individual ineligible voters attempting to defraud the election system," the report noted. "But by any measure, voter fraud is extraordinarily rare." And because fraud is so unusual, GOP countermeasures, such as voter ID, do much more harm than good.

As the Brennan Center study noted, even some Republicans know their leaders have exaggerated stories of fraud for partisan advantage. In 2007, the Houston Chronicle quoted Royal Masset, the former political director of the Texas Republican Party, who observed that among Republicans, it is "an article of religious faith that voter fraud is causing us to lose elections." Masset admitted that suspicion is false but said he believed that requiring voters to provide photo ID could sufficiently reduce participation by legitimate Democratic voters and add 3 percent to Republican tallies.

More recently, one of the dimmer lights in the Pennsylvania Republican Party -- the majority leader of the state House of Representatives, in fact -- boasted that the voter ID statute he had rammed through the legislature would "allow Governor Romney to win the election" in November 2012. Although Mike Turzai later insisted that "there has been a history of voter fraud in Pennsylvania," the state government conceded in court that it could cite no evidence showing that "in-person voter fraud has in fact occurred in Pennsylvania or elsewhere."

Clinton can also consult the President's Commission on Election Administration, a bipartisan panel appointed by President Barack Obama to improve the country's voting systems. In its final report issued last January, the commission forthrightly acknowledged that true voter fraud is "rare." It was a singular admission by a group whose co-chairs included Benjamin Ginsberg, an aggressive Republican election attorney who bears the burden of responsibility for the outcome of Bush-Gore 2000.

If he is in a bipartisan mood, as he often is, Clinton would surely find the commission's report uplifting -- especially its recommendations to make voting more modern, more efficient, and above all, more accessible. For both parties to improve and expand, the democratic rights of citizens would be uplifting indeed.

But Clinton is more likely to find himself feeling less kindly toward the Republicans, as they continue to promote outrageous suppression while feigning outrage over "fraud." The Democrats may be equally motivated by partisan self-interest -- but so long as they defend the rights of the intimidated and the disenfranchised, their moral force will be undiminished.