Phelps died late Wednesday night, according to his son 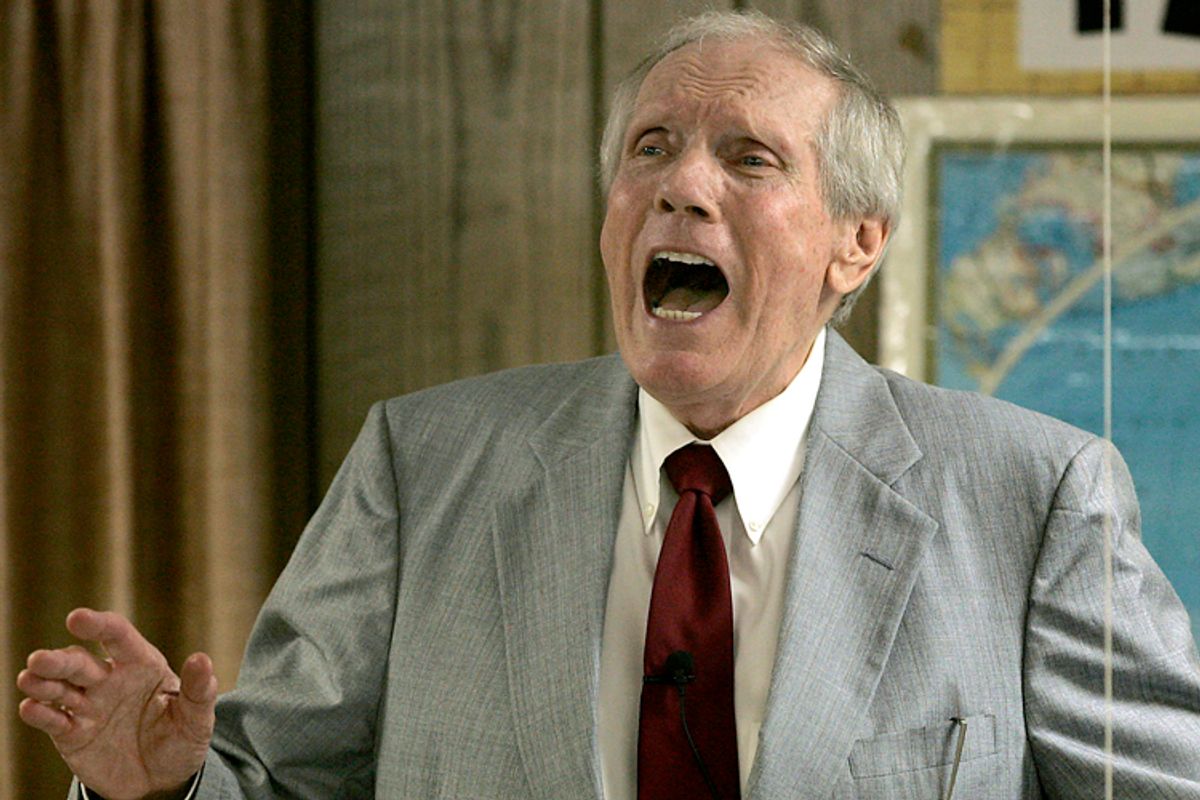 Phelps' rabid homophobia inflicted a lot of pain and anguish on a lot of people. And despite reports that he was excommunicated by his own children for advocating "kindness" in the years before he died, he never made public amends for the hate that he made his life's work.

More from WIBW 13 News in Kansas:

Despite being disbarred in 1979, Fred Phelps pushed his name into the public eye, through the political arena in campaigns to vie for Senator and Governor. Phelps scored 30-percent of the vote in his 1992 senate bid.

In the early 90s, wearing sunglasses and a windbreaker, Fred Phelps was making a name for the family church by holding one of a barrage of picket signs, with the stark messages decrying homosexuality.

The Westboro notoriety spread quickly beyond Kansas. Topekans were targeted in hundreds upon hundreds of faxes sent from the Westboro Baptist Church. [...]

By the close of the 1990s the Westboro message took another turn, opening with its protests at the funeral of slain Wyoming college student Matthew Shepherd. The protest gained Westboro, and Phelps, global notoriety.

As time marched through to the mid 2000s, the patriarch had faded from public view, but the world would take note of the Phelps children and grandchildren, and their protests of military funerals.