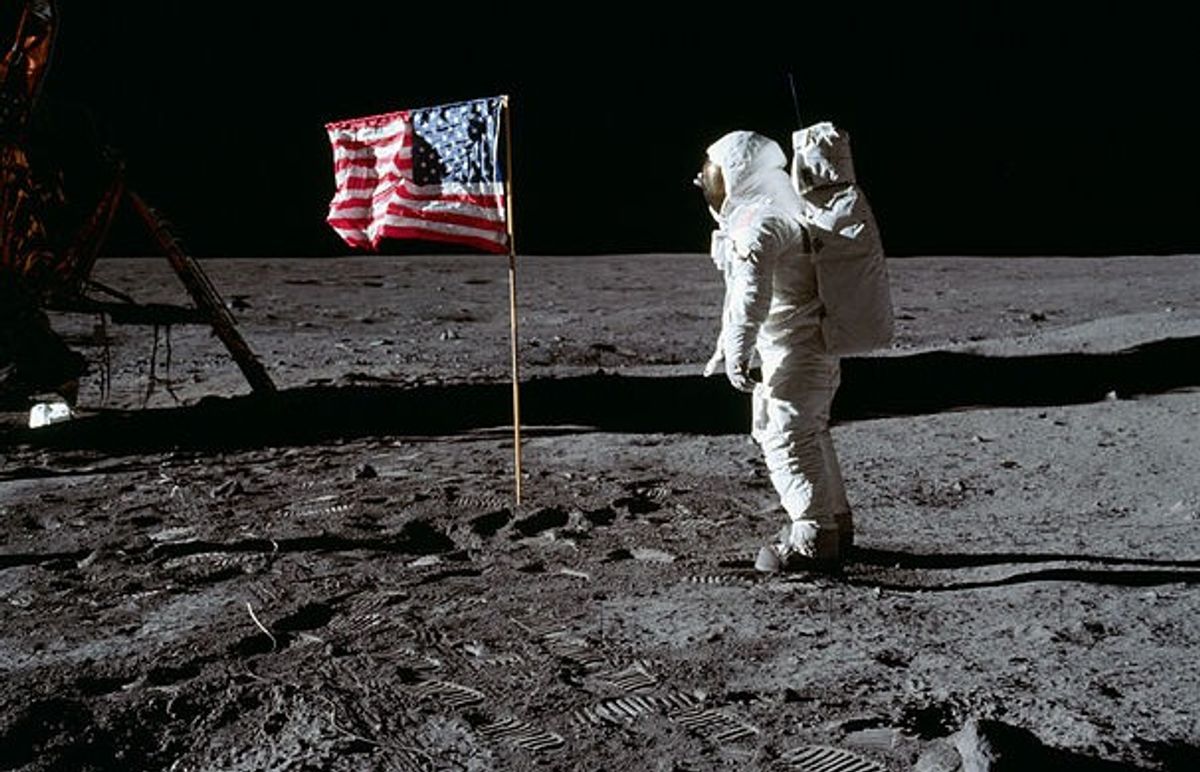 As the vast majority of the scientific community continues to insist that climate change is a real, significant and urgent problem, it doesn't seem unreasonable to assume that climate deniers are caught in the throes of a conspiracy theory. But they really, really don't like being told that.

The journal Frontiers in Psychology has formally retracted a 2013 paper after climate deniers accused it of being defamatory. The paper, led by professor Stephan Lewandowsky, the chair of cognitive psychology at the University of Bristol, was a follow-up to an earlier study published by the authors in the journal Psychological Science, which found that people who subscribe to conspiracy theories -- who believe, for example, NASA faked the moon landing -- are also more likely to be climate deniers.

Climate deniers were furious with Lewandowsky's conclusions, and responded with -- you guessed it -- more conspiracy theories. Their reaction was enough that Lewandosky was able to compile their conspiracy theories about the conspiracy theory paper into a whole new paper exploring "the possible role of conspiracist ideation in the rejection of science”-- which was published in the Frontiers of Psychology.

The study was removed from the journal's website last year while its editors evaluated climate deniers' defamation claims. The formal retraction notice, posted Friday, explains that even though a thorough investigation found no academic or ethical problems with the study, its editors decided they'd rather not risk a lawsuit:

In the light of a small number of complaints received following publication of the original research article cited above, Frontiers carried out a detailed investigation of the academic, ethical and legal aspects of the work. This investigation did not identify any issues with the academic and ethical aspects of the study. It did, however, determine that the legal context is insufficiently clear and therefore Frontiers wishes to retract the published article. The authors understand this decision, while they stand by their article and regret the limitations on academic freedom which can be caused by legal factors.

Lewandosky commented on the retraction at his personal blog:

Richard Dawkins rightly noted some time ago that scientists in the U.K. were operating in "an atmosphere of fear and uncertainty" under the libel laws. The law has now been reformed and, since January 1st, it contains some protections for scientists, a point to which I may return in future posts.

As far as we can tell, Recursive Fury [the paper] attracted more attention than any other paper in psychology ever published by Frontiers. It attracted 9,124 full text views, and the count of abstract views was 29,324 when we last checked (at which time the article that we identifies as runner-up had 12,086 abstract views and 1,091 full text views).

Given its popularity, and given that approximately 29,300 viewers did not complain about our work, it would be a shame to deprive the public of access to this article. Because the work was conducted in Australia, I consulted with the University of Western Australia’s chief lawyer, Kim Heitman, who replied as follows:

“I’m entirely comfortable with you publishing the paper on the UWA web site. You and the University can easily be sued for any sorts of hurt feelings or confected outrage, and I’d be quite comfortable processing such a phony legal action as an insurance matter.”

Thanks to Heitman, the study can still be found at the University of Western Australia's website; a second study conducted by Lewandosky, which replicated the results of the first in a representative U.S. sample, remains where it was posted at PLoS ONE. More on the entire saga, meanwhile, can be found at DeSmogBlog.

UPDATE 3/23/2014 4PM ET: This post has been revised to reflect the fact that the paper was first removed from the Frontiers of Psychology website last year, although it was formally retracted on March 21. Changes were also made to reflect that it was the PLoS ONE study, not the earlier study on which the retracted paper was based, that showed a relationship between conspiracy theorists, people who are more likely to be fearful of vaccines and GMO foods, and climate deniers.