Bill O'Reilly: "The network news doesn't want to cover important stories, like the IRS and Benghazi" 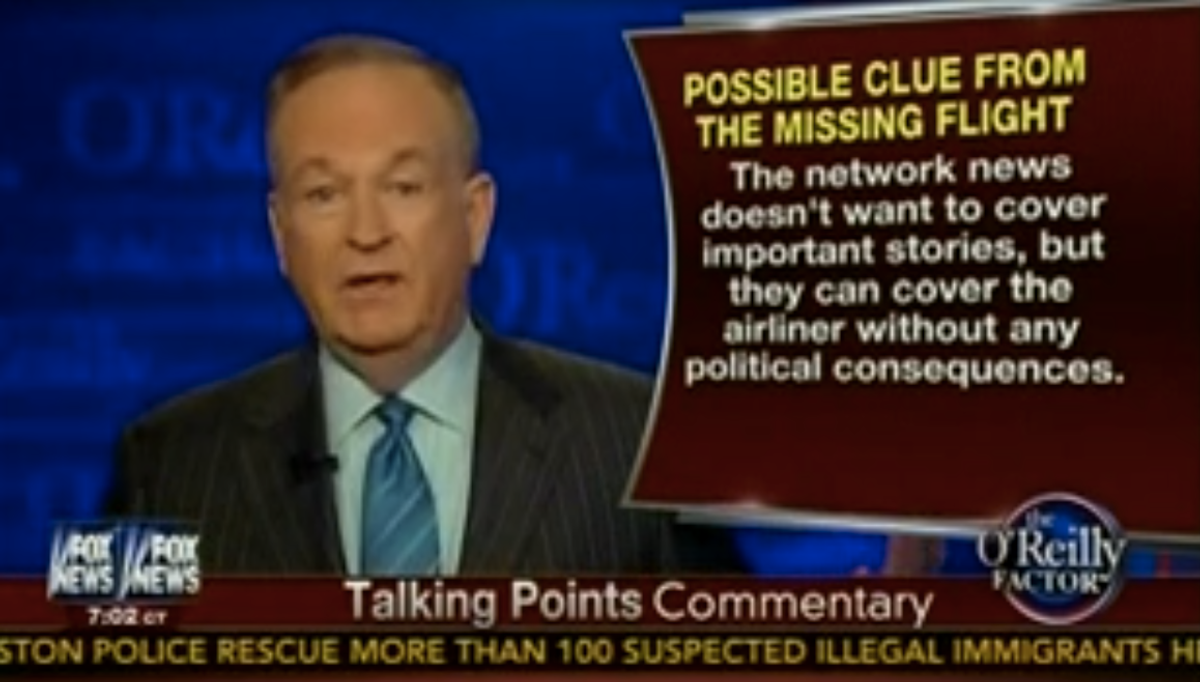 His missing plane theory is not about what happened to the plane, but rather why it is being covered. And his annoyance with other networks gave him the opportunity to discuss, you guessed it, Benghazi:

“Money. The nation’s newspapers are in dire trouble. They need bold headlines. The network news doesn’t want to cover important stories like the IRS and Benghazi but they can cover the airliner without any political consequences.”

On a different segment of Fox News, more theories were being thoroughly debated.

Media personalities are being given airtime -- and lots of it -- to spout what they postulate happened to the missing plane and the 239 people on board. Like others at CNN and Fox News, Geraldo Rivera is no exception. He actually has a "favorite" theory. I'm running out of ways to explain that this is a real human tragedy, and not an episode of "Scandal."